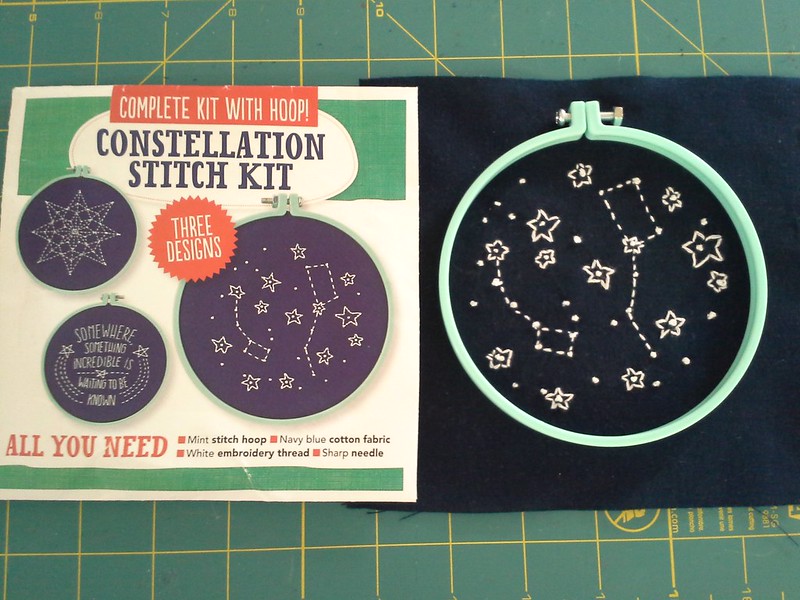 I saw this constellation stitch kit on Twitter over July 4th weekend, when Joann's retweeted someone else's tweet about it.  It's from Mollie Makes magazine (which I had never heard of before til this), issue #53.  I had to have it.  After checking my local Joann's, I went on ebay and bought a copy. 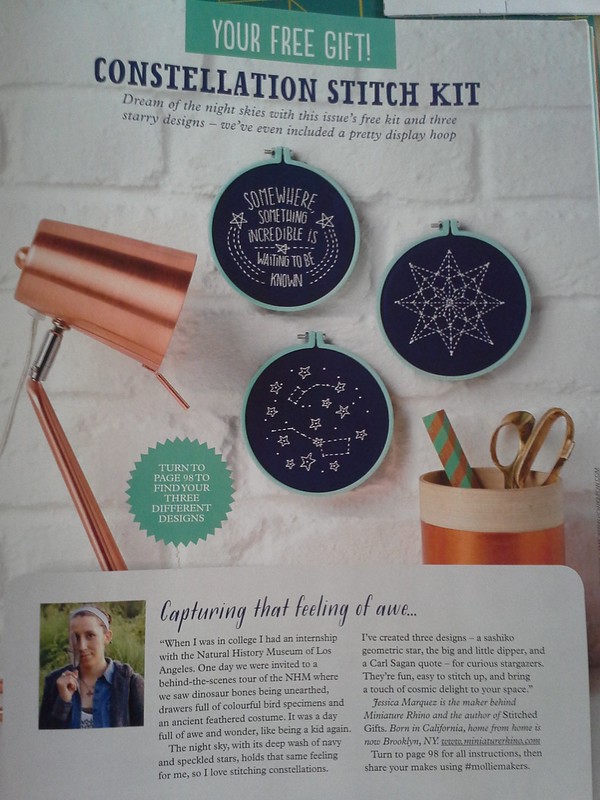 It's totally misleading that this kit is labeled as "complete".  It included just one tiny piece of fabric, enough to stitch one design, not all three.  There's just one hoop (which I kind of expected).  The design is not pre-printed--it's printed onto a magazine page and you have to manually trace it onto the fabric.  They recommended a particular kind of transfer paper, but I used some of my wax tracing paper and my smooth tracing wheel at first (do not use the smooth wheel, see below). 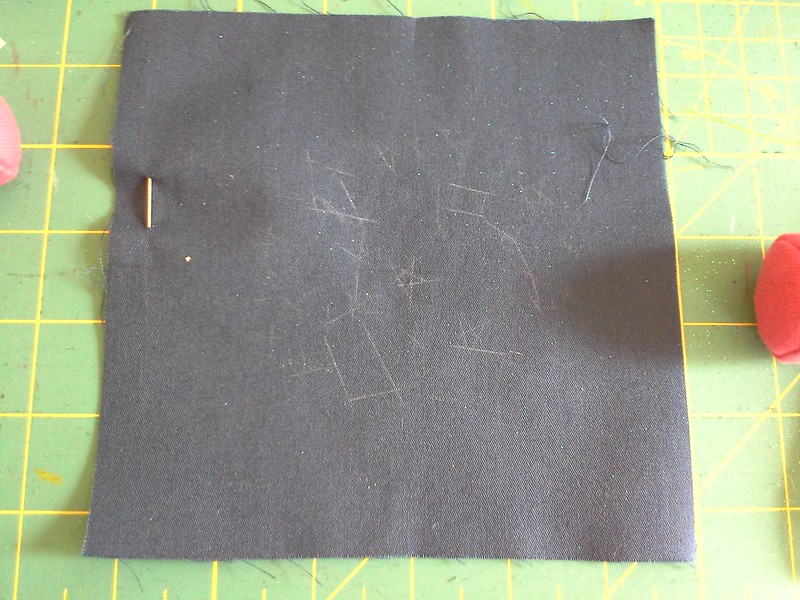 I stitched for a bit and hated it, so decided to start over.  I had some sashiko cloth I bought on ebay or etsy a few months back, so I cut out a piece and used my serrated tracing wheel instead.

It is totally pointless to try to trace the stars and dots; just trace the big and little dippers because after you  stitch both dippers, the stars and dot tracings will have magically disappeared (with wax tracing paper, at least).

Then I got to stitching again. 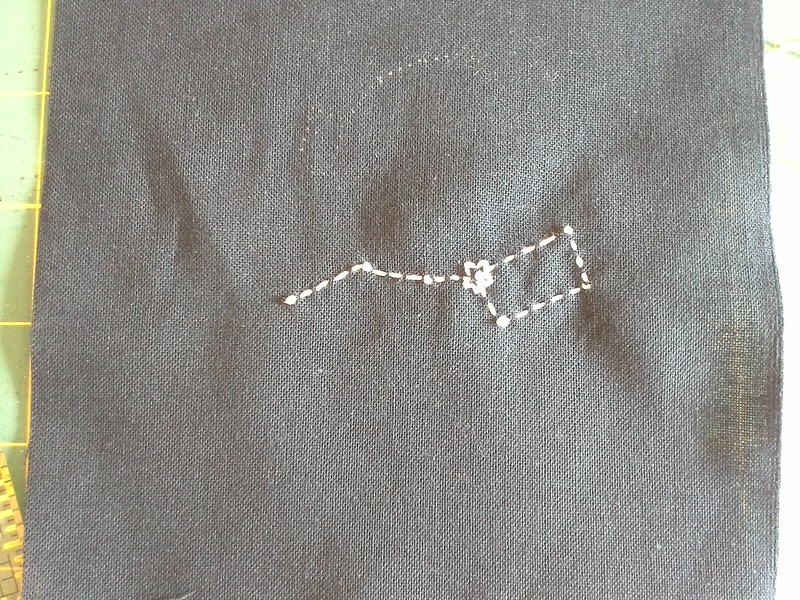 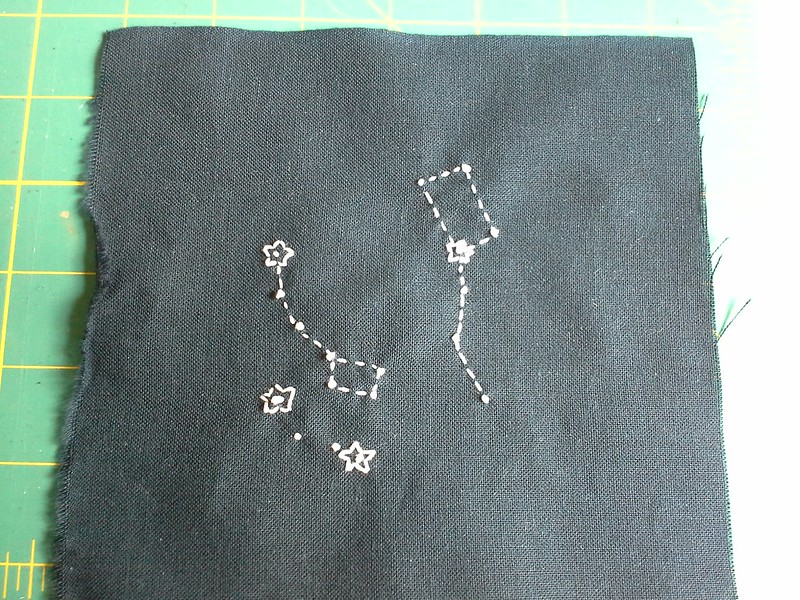 I used the template as a rough guide for placement of stars and french knots.  After doing so much sashiko, which does not use a hoop, I did not use a hoop for this. 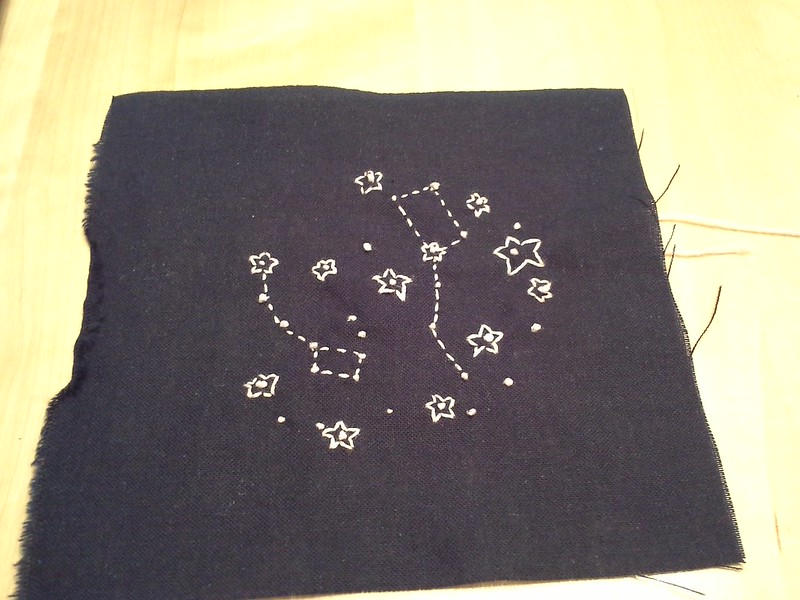 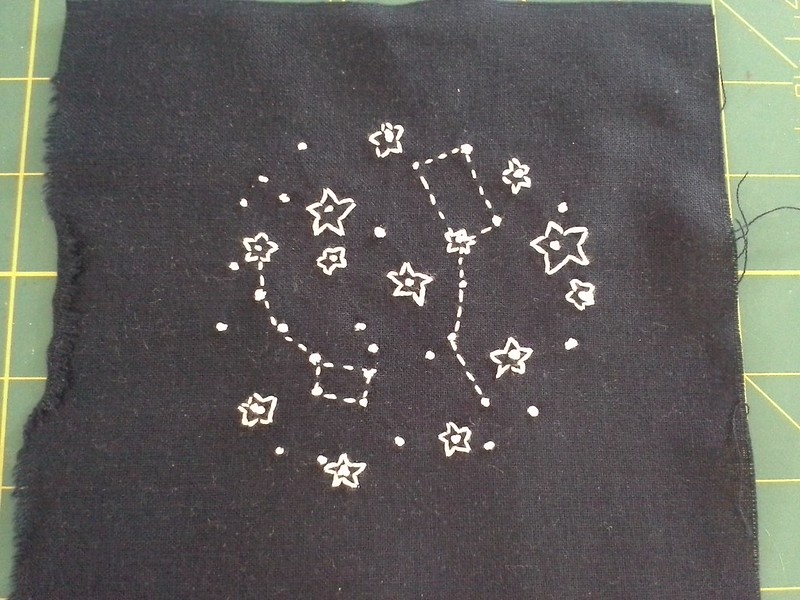 So it's cute but of course it took me longer than my 30-60 minute estimate; probably 2 hours total.  Next time would be faster as I am better at French knots now (those French knots are all over the place above, I know many of them are too large).  I also know only to trace the big and little dippers with a serrated tracing wheel.   I wasn't precise about making stars symmetrical and even as that seemed to add to the "whimsy" but maybe next time I'll be more of a perfectionist. 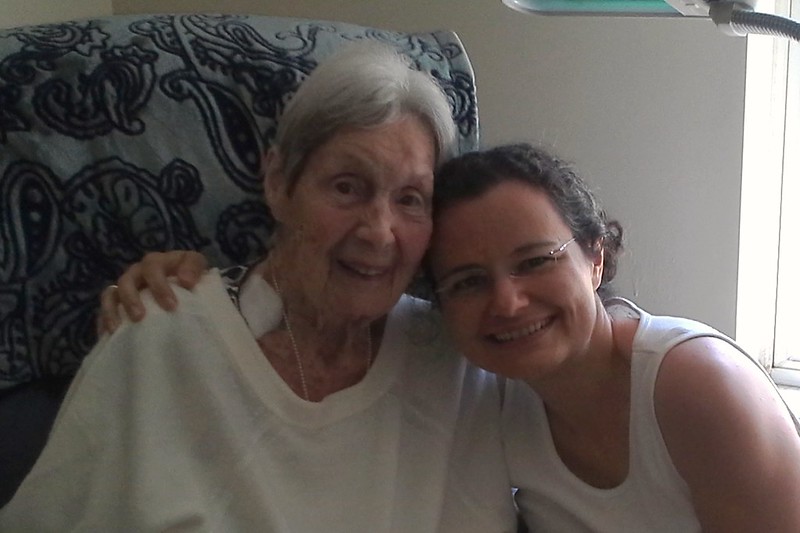 Here I am with my great-aunt Iris on Thursday morning.  She is 99.5 years old!  I had a staycation this week which I somehow amazingly did not overschedule.  A good mix of social activities (lunch, movies, friends, Dad) and time spent alone in my backyard watching the world go by in the park next door.  The weather was absolutely perfect for it most days.  I ate as many meals outside as possible, and even took a nap outside one afternoon.  A little bit of reading (books and blogs), meditating, sewing and sashikoing, and did a few simple chores that I had been putting off too.  Highly recommend!