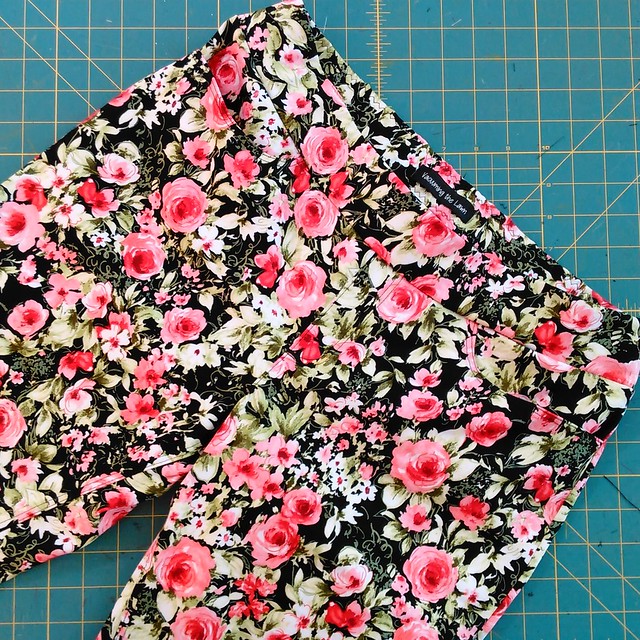 Normally I blog all my makes in order, but today I want to skip ahead to what I made at the tail end of my vacation time.  I'm sure you can understand why... 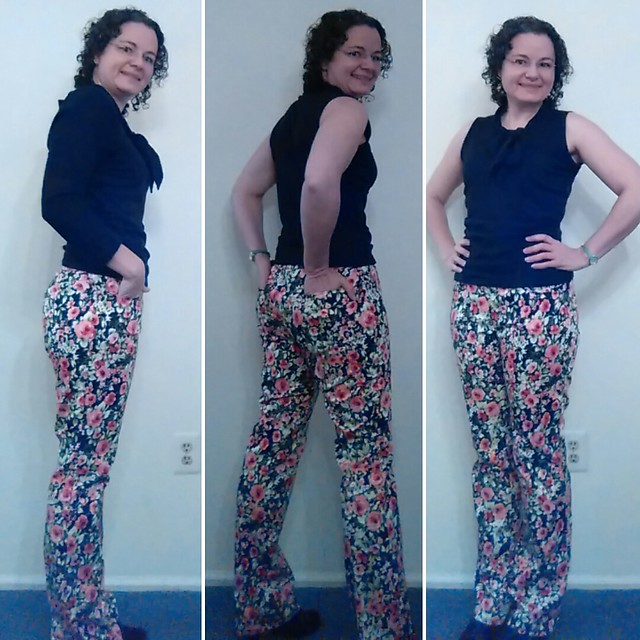 Soooo....when I bought the Jalie pattern to make the red jeans for PR weekend Chicago, the cover picture included floral pants.  I am normally a solids and textures kind of gal.  Not really into the florals. 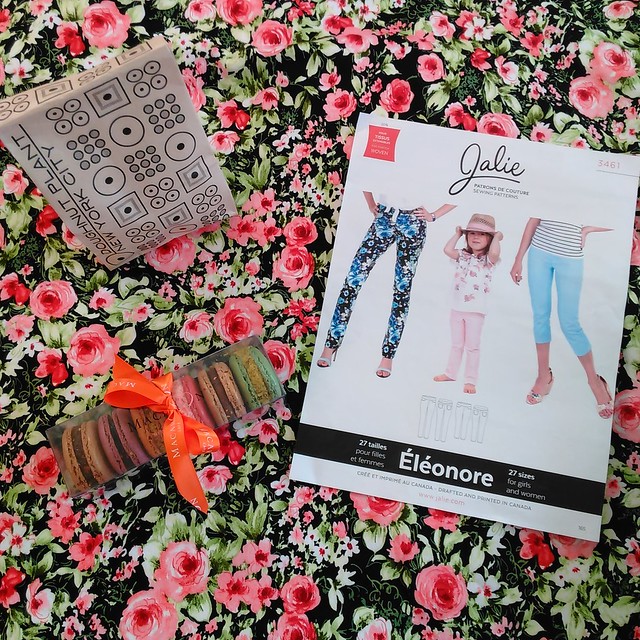 However, there was something about this combination of slim legged pants and florals on the cover that made me want Crazy. Floral. Pants!!!

I wanted a smaller scale floral in stretch twill or denim, and this fabric from Kashi (Metro Textiles) in Sept fit the bill.

I made them just like the red pants but with functional front pockets, see below.  They went together pretty quick, though I basted them together first just in case, as this fabric seems slightly less stretchy than the other fabrics I've used, but they turned out to be fine...though in the calves I used 1/4" SA instead of 3/8" to grant some extra room.

I added functional front pockets to this version.  It is really easy to draft the pieces, though next time I will make them deeper.  I already had the basics of front pocket construction down as I had taken Jennifer Stern's professional jeans construction class at the ASE. 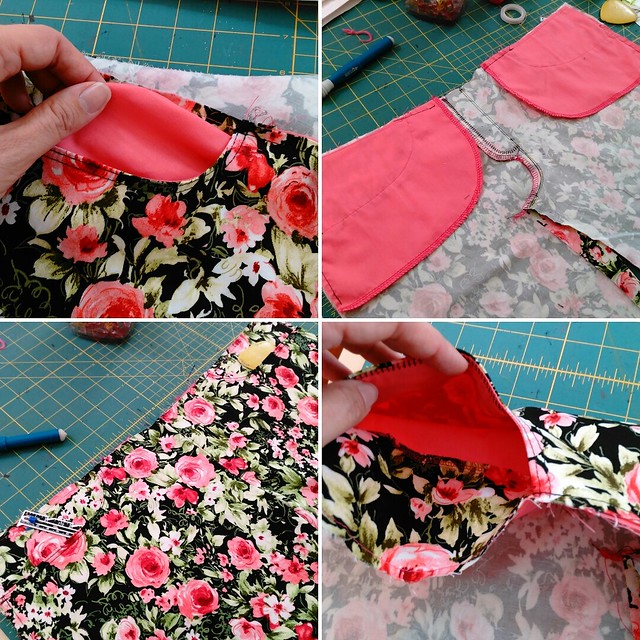 I was lucky to have this salmon colored poly blend broadcloth from ~20 years ago in my stash to use as the pocket lining. 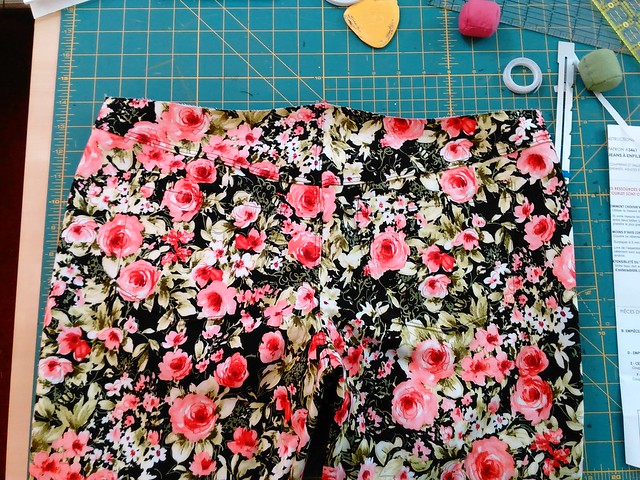 I pattern matched the back pockets, which is a super easy thing to do as no seams are involved. 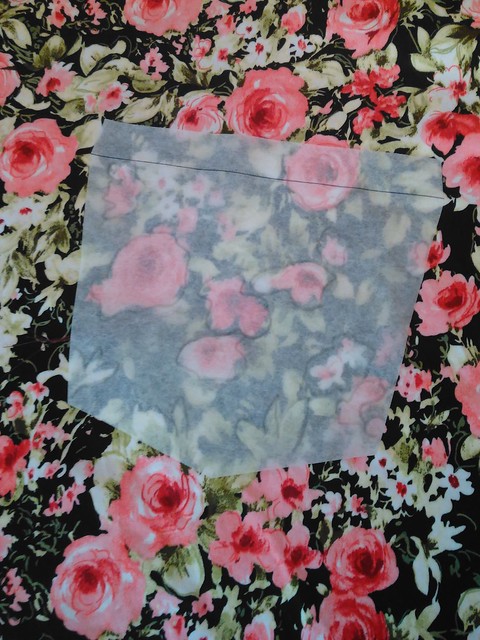 I traced the pocket pattern piece onto Swedish tracing paper, including the fold line for the upper portion of the pocket, aligned the fold line with the pocket placement line on the cut out fabric, then outlined some of the flowers with a pencil (as I was afraid pen might bleed through to the fashion fabric.)

I then found the pattern on the fabric, cut it out, and sewed it on. (yes, the pocket is different in the picture above and below). 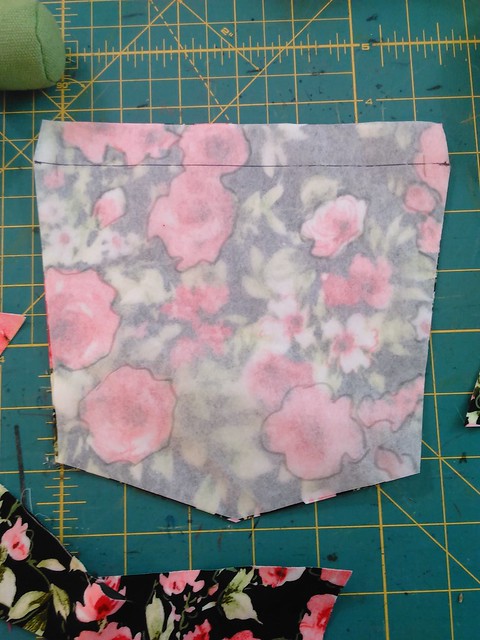 There will be  a matching backpack... 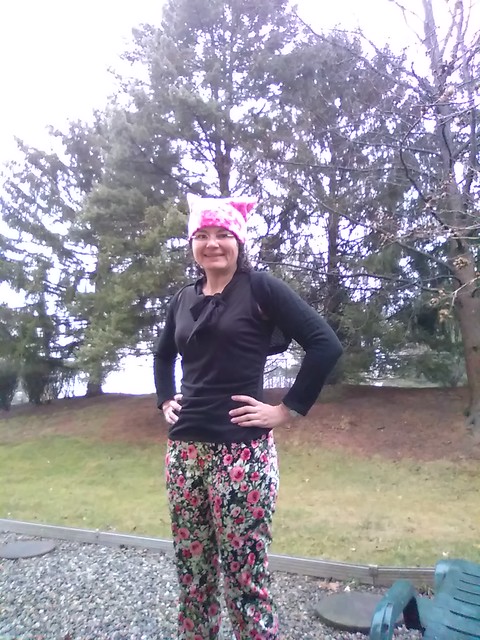 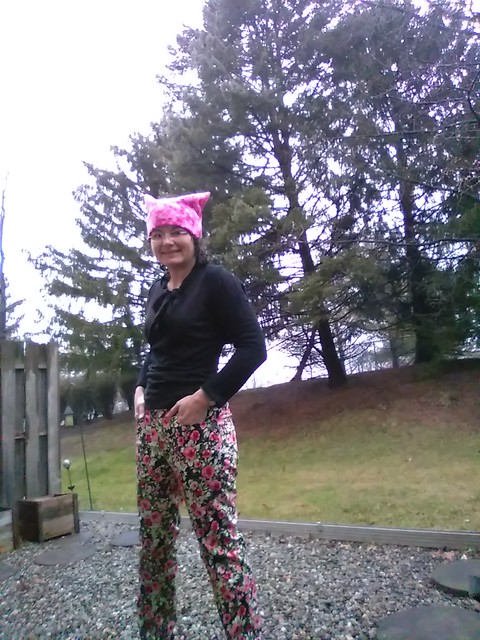 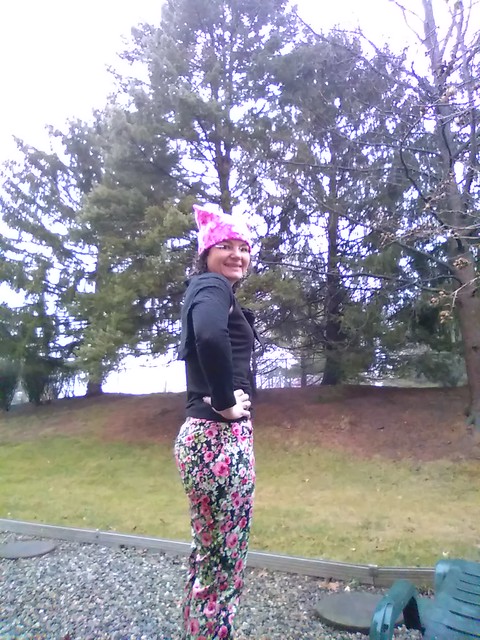 These were some test shots for outside, pussyhat and all.  I needed to move the camera down but it was way too cold so I brought the photo shoot indoors.


I'm probably going to undo the entire top portion of the stretch velveteen pants I made last month.  As I was making them, I suddenly felt like the waistband was too tight and I sewed with smaller SA and did not pull the back of the elastic as tight as I did on the red pair.  Well guess what, they are too loose in the waistband.  If I'm going to take the waistband off, I might as well add real front pockets right?   And fix the angle of the CB seam?  And remove some of the excess fabric from the CF ?  Might as well right???

But for now, I'm back to the Pussyhat Factory.  I want to sew 32 hats this weekend. 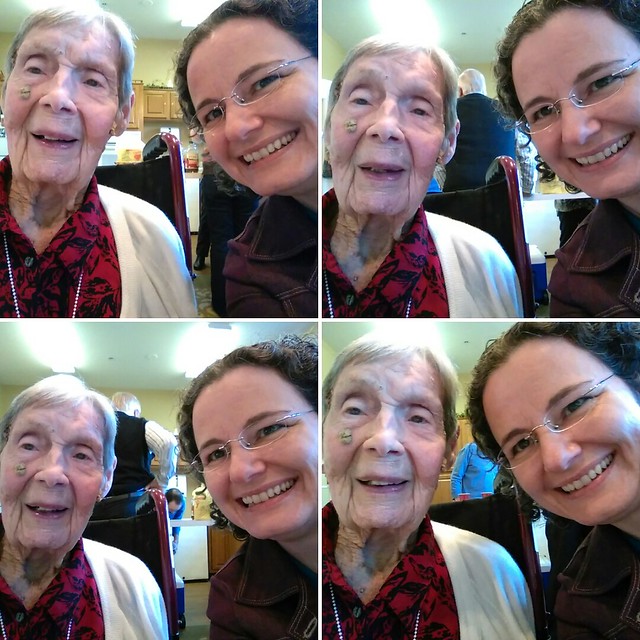 In other news, my Great Aunt Iris turned 101 on New Year's Day so we took some selfies.  When she saw herself on my screen, she said she looked old but that I had good teeth. :) 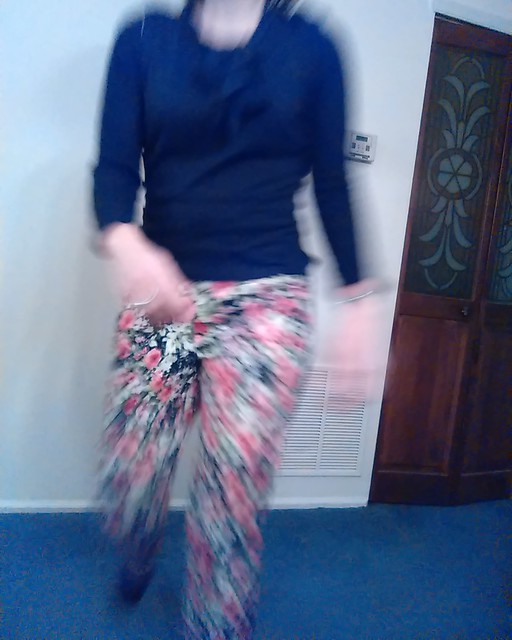