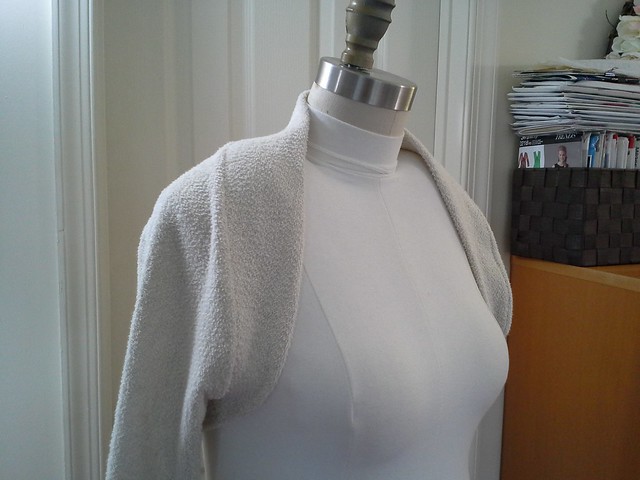 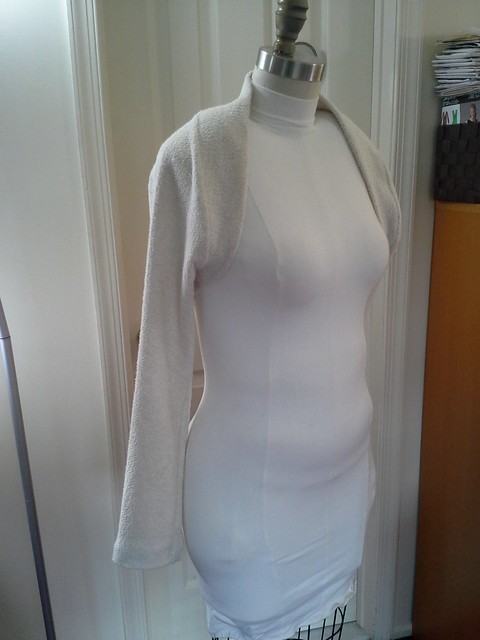 This is my 7th shrug sewn from this pattern. Sewed it on Sunday. 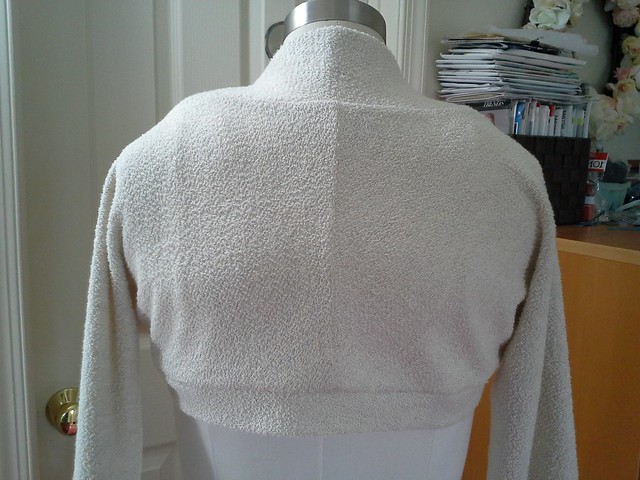 Is this French terry?  It's from Paron, purchased with ATP on 7/31.  I love the texture. 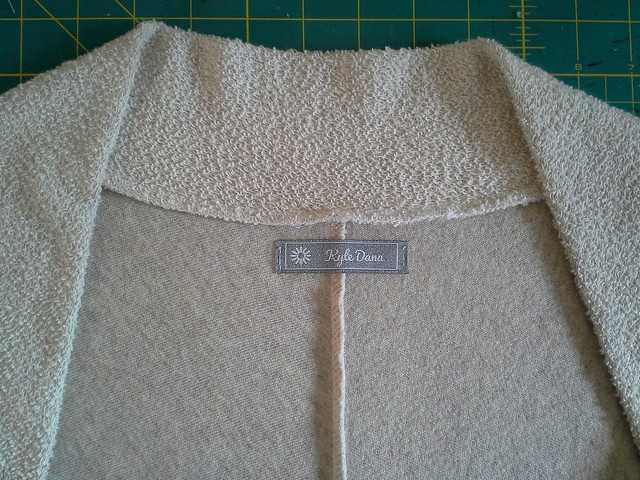 Here you can see a bit more of the texture. 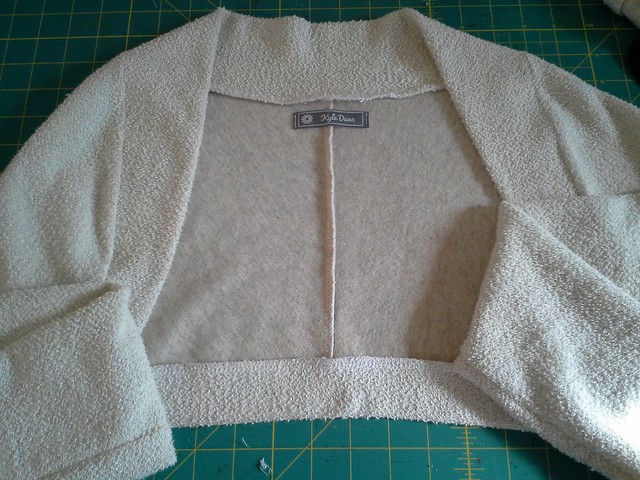 The texture reminds me of stuffed animals, like this one. 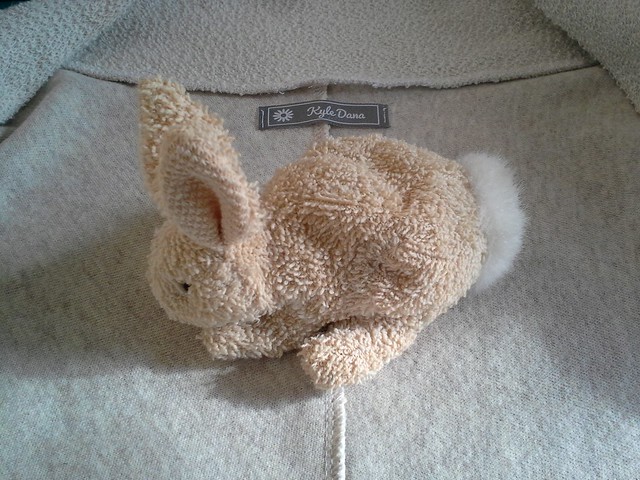 It is a fast sew, but it really depends on the stretch factor of your fabric.
My sixth one did not turn out well.  It's below: 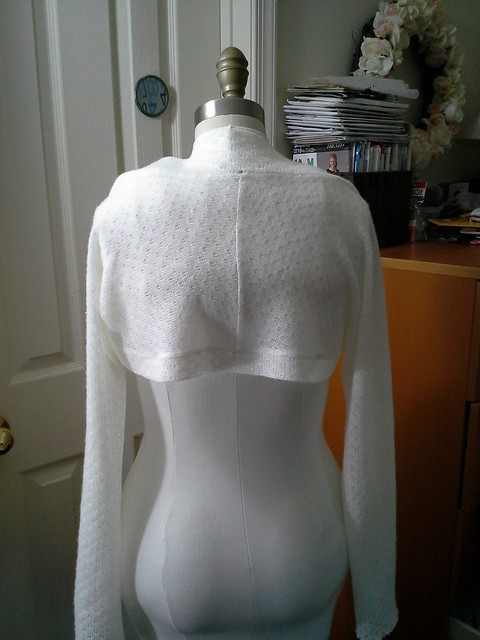 Here you can see a bit of the texture of this sweater knit: 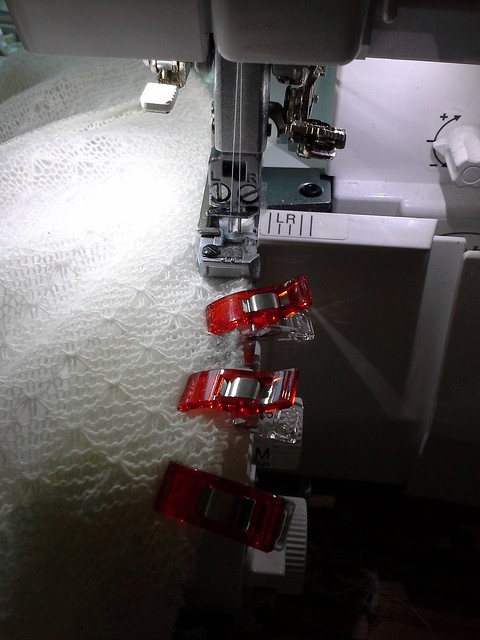 And when I had the band clipped all around before serging: 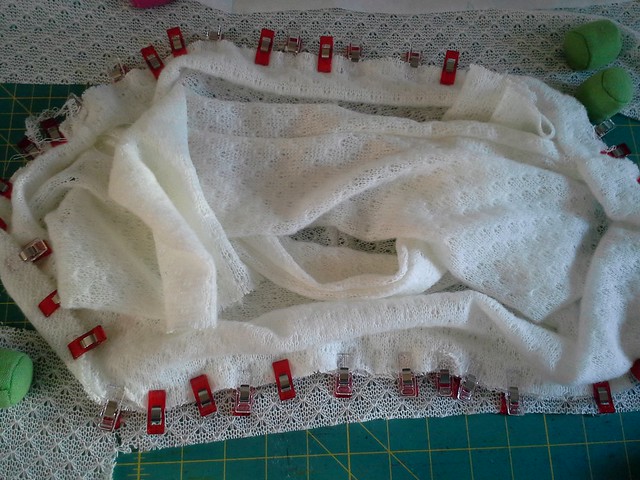 So what's the problem?  The band is not snug against the back.  It's really sticking out.  I tried to redo it  by cutting off the band because hey it's only a quarter inch seam allowance, then tried with a smaller band and it came out worse.  Actually, pressing it with my Elna Press made it even worse. It's the first time I've ever had something turn out worse after pressing.  It's a very light sweater knit and I probably should have pressed the fabric before cutting it out, that might have helped with the second press.  I also think that I have not accounted for how stretchy the fabric actually is.  More stretchy means I can make it in a smaller size.  I'm going to think that one over.   Maybe it can be saved by putting elastic in the bottom band.  Something a la Debbie's Fixing a Gaping Neck After the Fact.


So because I had trouble with the 6th one, I basted the band for the 7th one on and decided to cut the band a little shorter to make it a bit more snug, then serged. Something a la Sarah Veblen and her Threads video on binding necklines because every knit has a different amount of stretch.

Every fabric continues to be its own universe.  Also, if I had used the fabric from the sixth shrug to make my first shrug, it is very unlikely I would have ever made another.  Interesting to think about that.   Through some kind of magic, the combination of fabric and pattern worked on the first attempt and as a result I wear a Jalie shrug every single day at work.     Pattern and fabric, it's a very tight marriage. Both partners must get along, must be suitable for each other.  It's also a lot like the key to enjoying group fitness classes at the gym.  You have to like the class format and the instructor.  Maybe you like one but not the other.  Maybe you like both but not together.   You need to like both together, or it will be very hard to find the motivation to work out (if group fitness is your thing.  Maybe it's not your thing.) 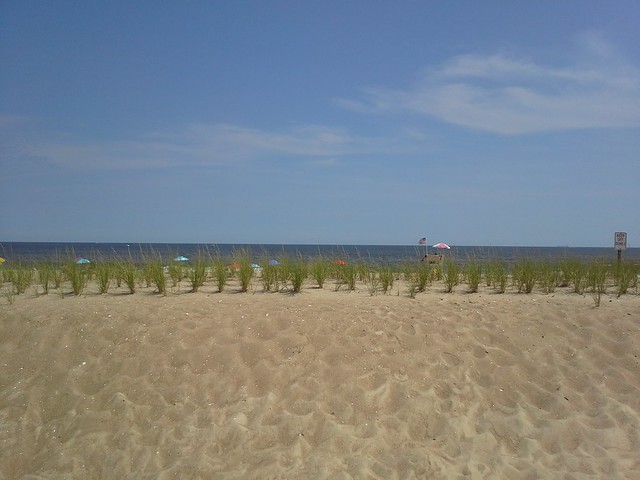 I took Monday off to have lunch with a friend down the shore.  This is the view from the Sea Girt boardwalk gazebo at the southern end of the boardwalk. 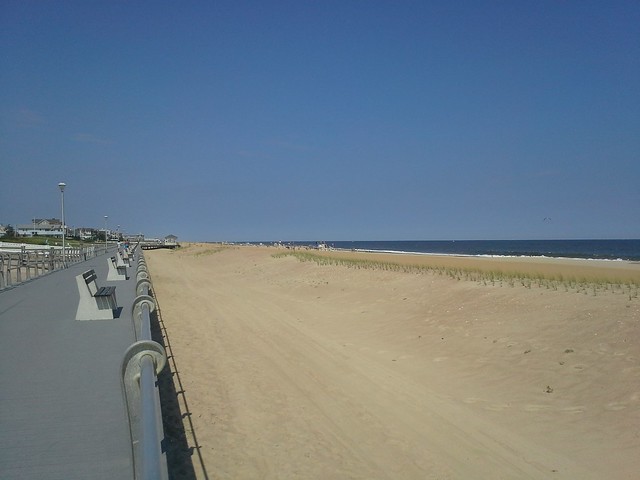 And here's a bit of the boardwalk and the beach.  But then I had to leave, to make it on time to my favorite group fitness class at the gym.

I love spring and summer.  And it's still summer, at least for this Jersey girl.