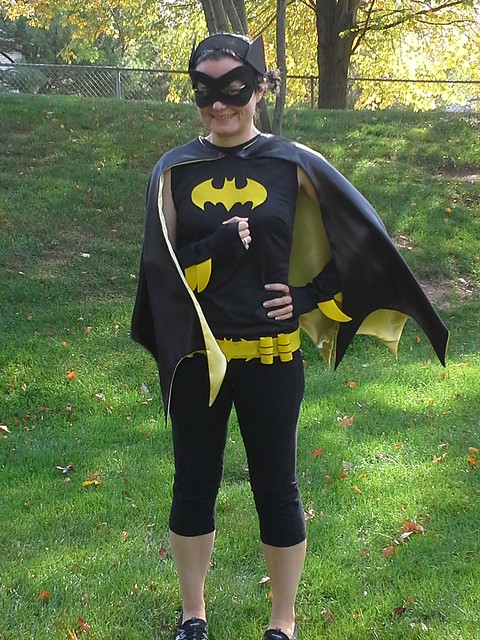 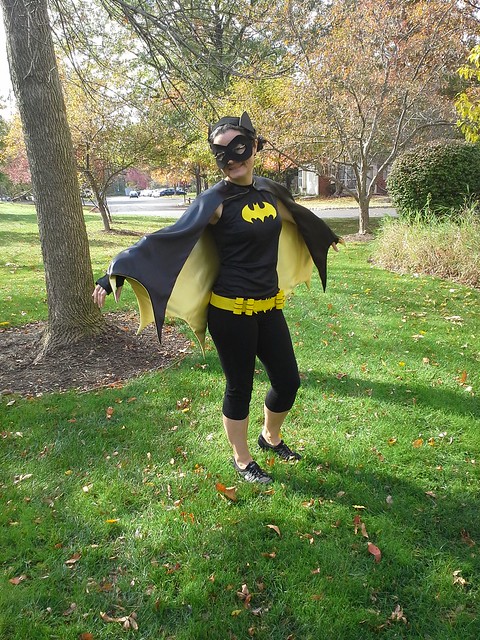 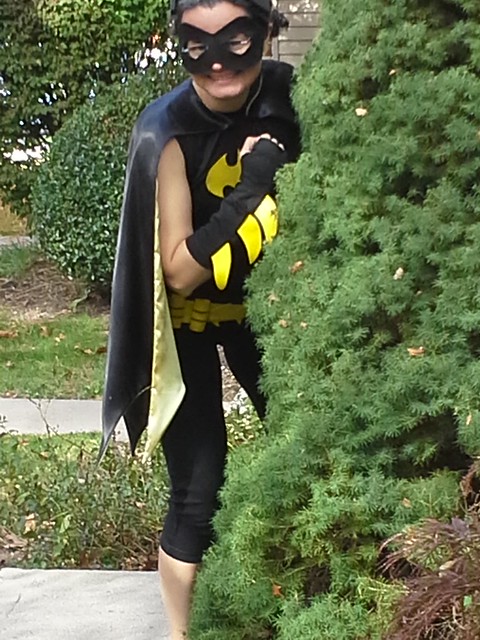 When the gym announced that they would be celebrating Halloween 2 days early, on my birthday, I started thinking about birthday costumes. 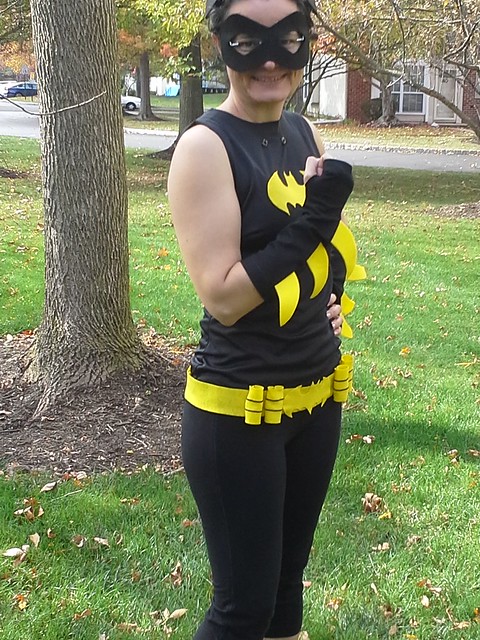 First I wanted to be Catwoman, i.e. the 1960's Catwoman (think Eartha Kitt and Julie Newmar).   Seemed simple enough: form fitting black shirt and black workout pants, cat ears that I probably have in the closet from a past Halloween outfit, a wide gold belt worn at the hip and a gold chain or two around my neck.  Maybe buy black gloves and hot glue some gold fake nails for extra credit. 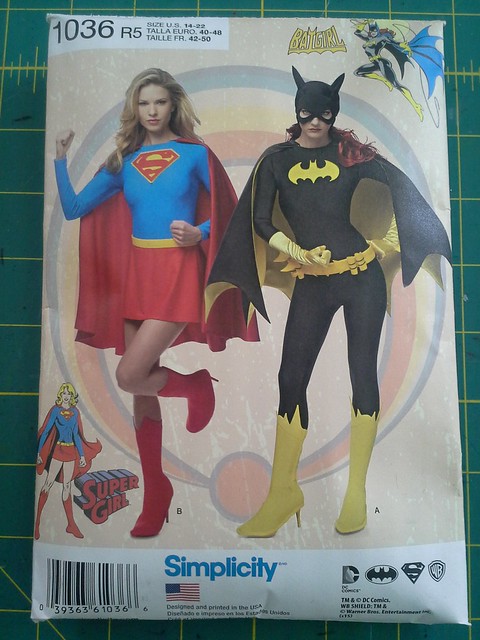 But then I saw Simplicity 1036, Batgirl View A and I had.to.have.that.cape!!!!  Yes, I actually ventured into Joann's during the month of October to buy the pattern and the materials for this outfit.

Also I want to mention that it is really cool that Simplicity has the official licenses for these costumes, because it means it's the pattern for the real bat symbol and not some fake bat symbol.  :) 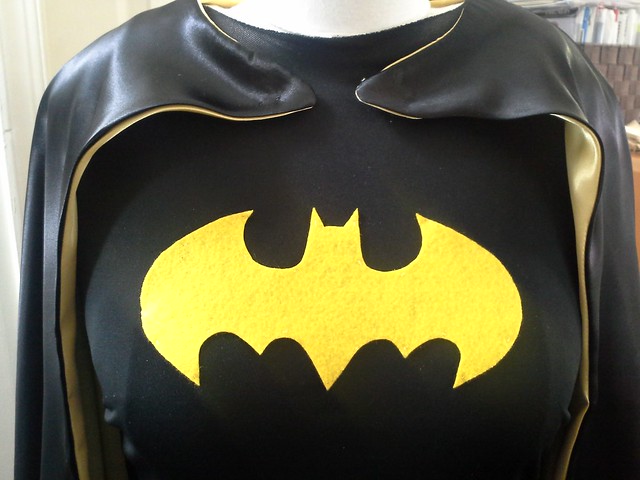 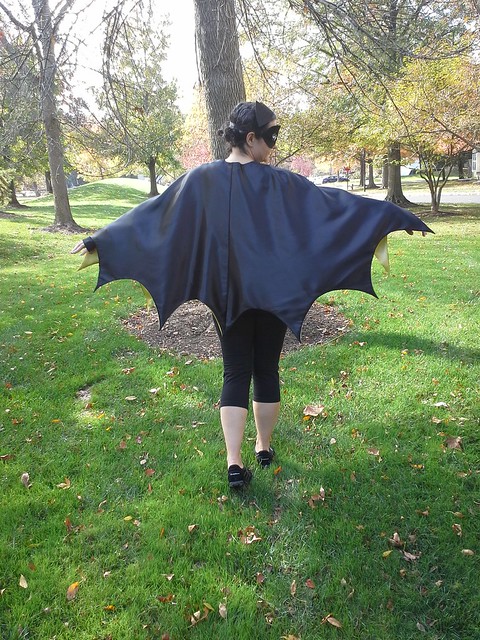 I purchased the black satin and yellow costume satin at Joann's.  This satin is more of the "Snow White" or "Robin cape" color yellow and not Batman yellow, but I am trying to give up my perfectionistic tendencies and decided that no one at the gym will say it's a real shame that the yellow satin does not match the yellow accessories. 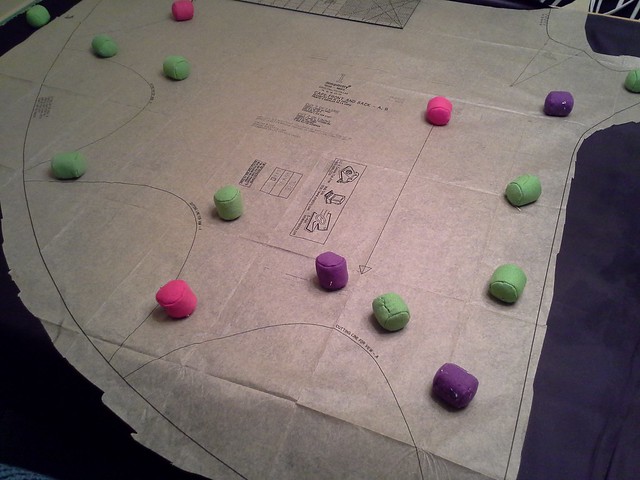 Falling off the edge of the table 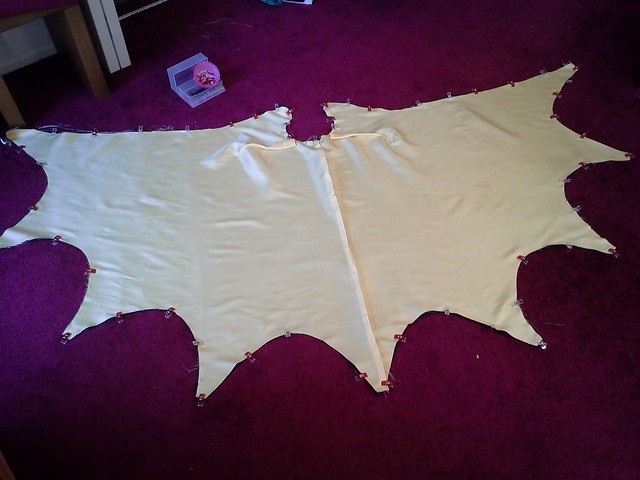 In progress, when I wonder clipped the lining to the cape exterior 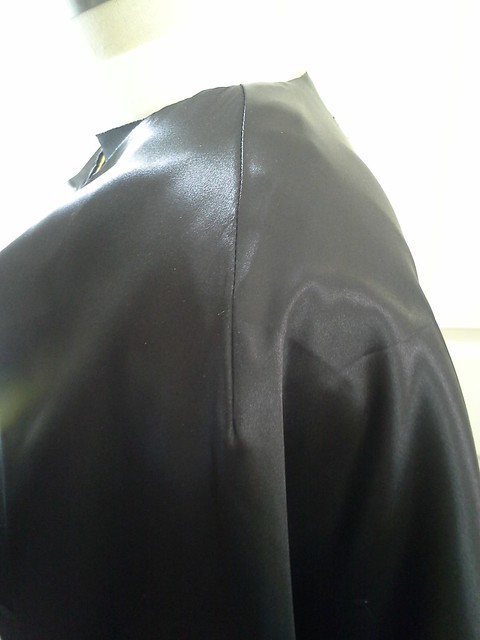 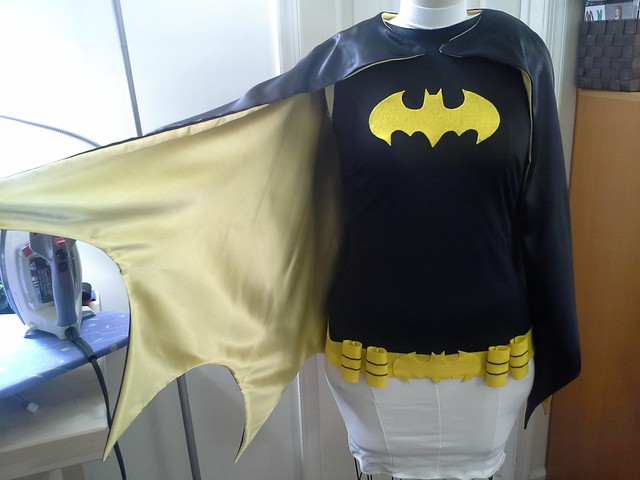 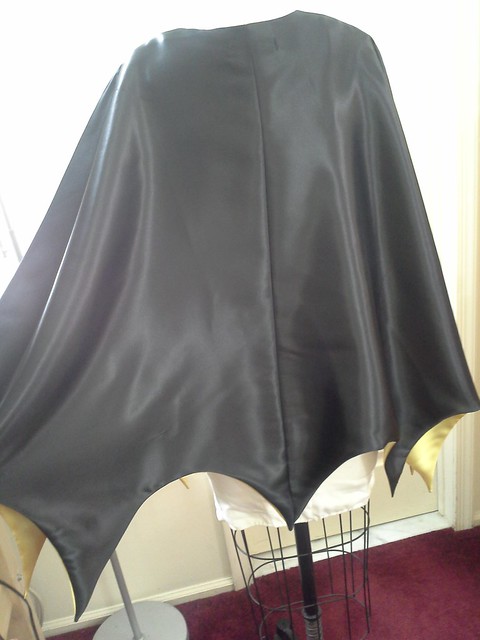 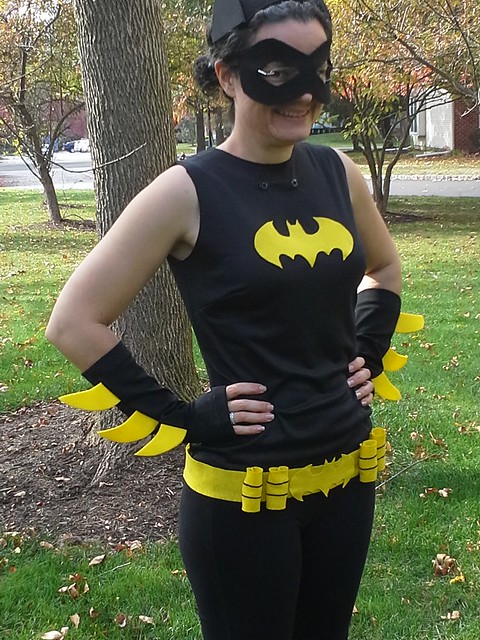 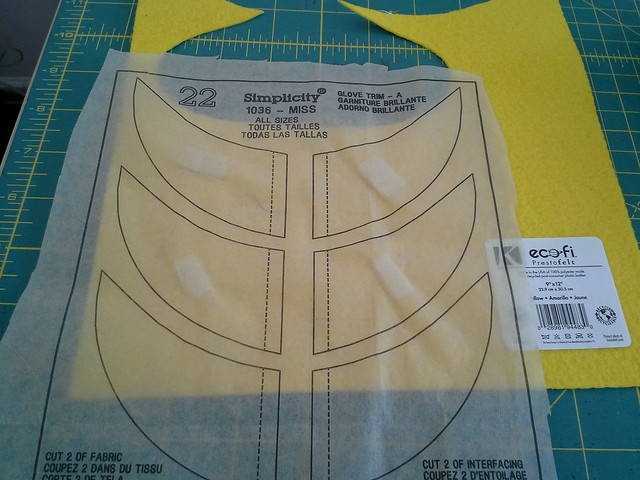 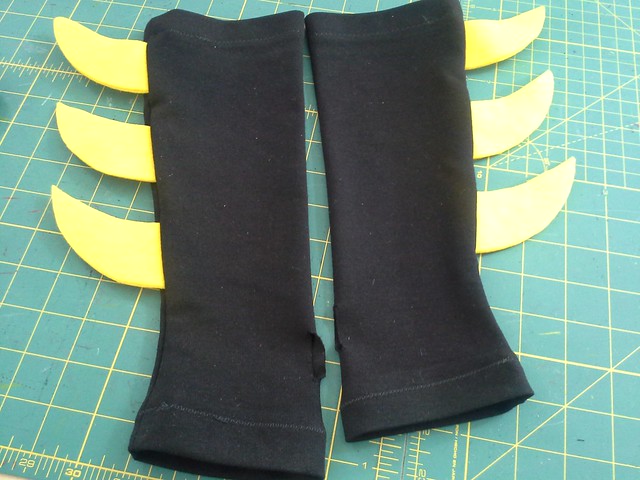 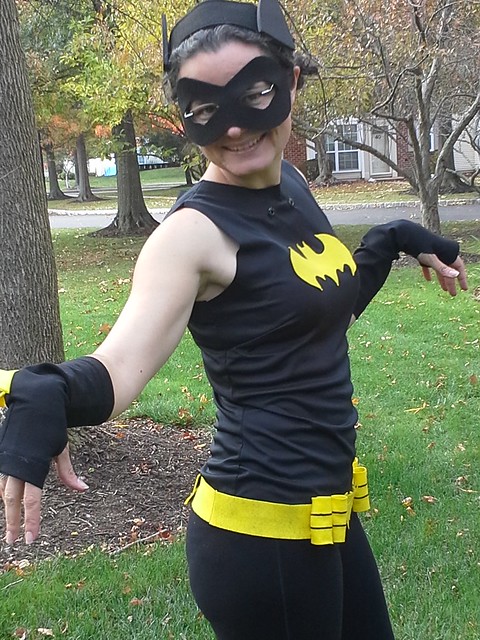 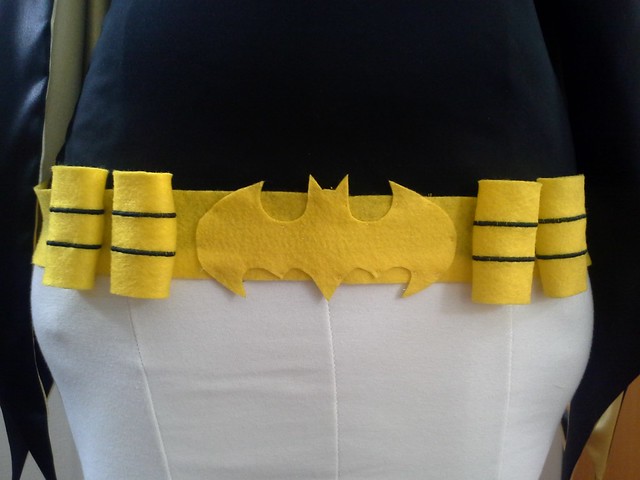 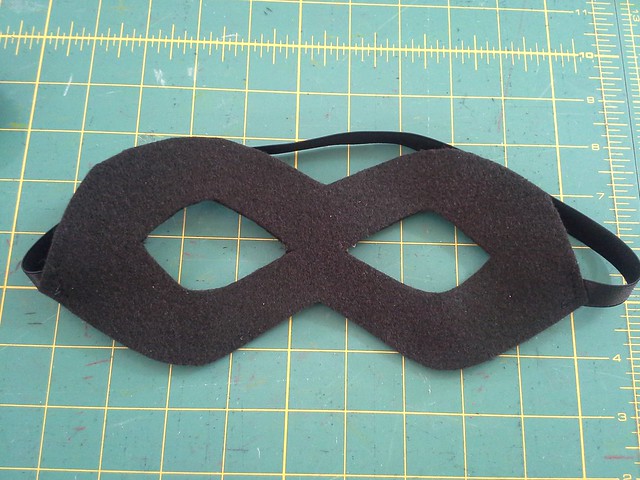 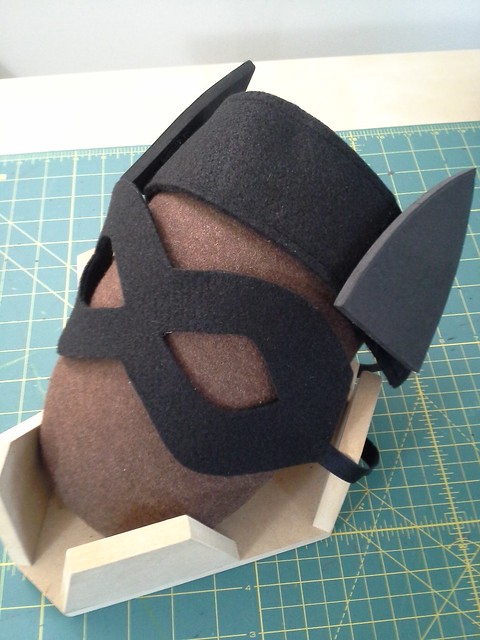 My ham models the face mask and ears 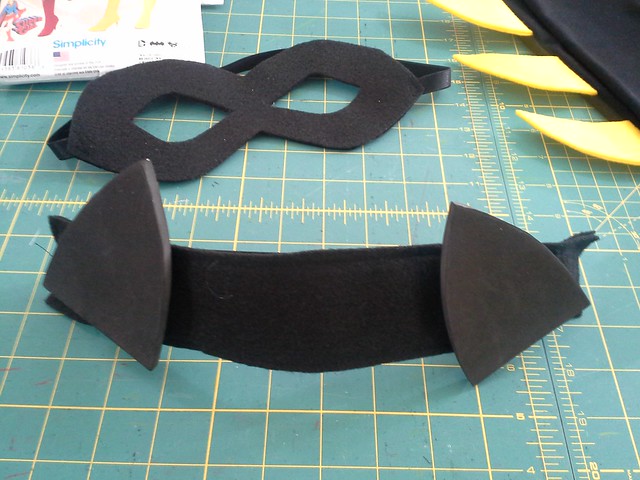 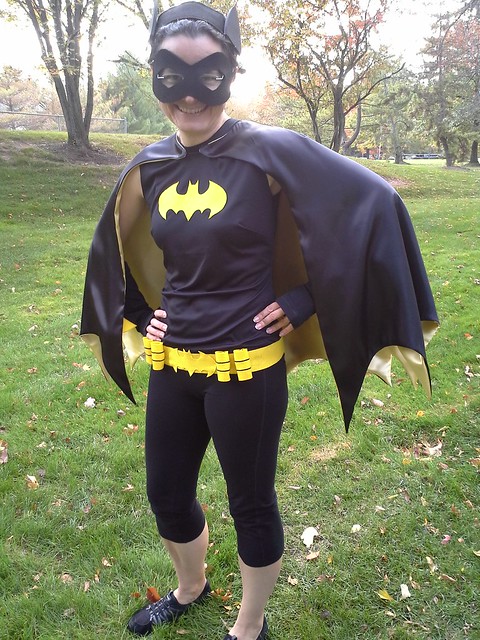 Overall I am quite pleased with this outfit and can't wait to wear it to class tonight!  I'm pretty sure I won't be able to do the whole class with the cape on, but maybe half of it?? 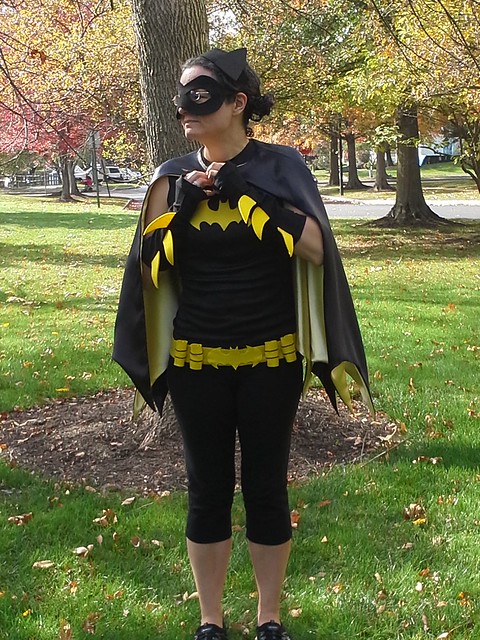