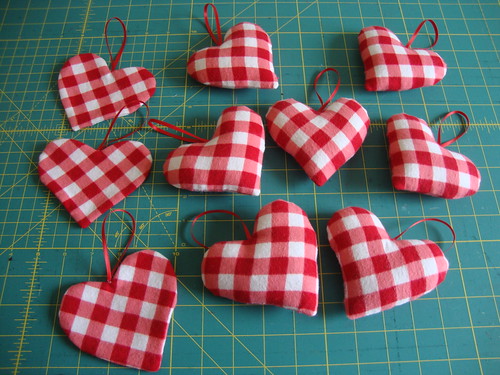 When some were done and others were in progress

I don't craft too often, but when I saw the Oliver + S heart tree on the Seasoned Homemaker blog, I had to craft.

This was back in early February, around the time I had sewed the red + white gingham flannel shirt and had some scrappy baps left over.

I got this crazy idea that it would fun to make 10 hearts, one for each member of my mindfulness meditation group, and distribute them to the group at the med before Valentine's Day.   After all, one of our teacher's most favorite sayings is, "What is the most loving thing you can do for yourself?"    Which, the night before our weekly meeting Valentine's week, turned out to be giving myself a break and not staying up late to get them all done. 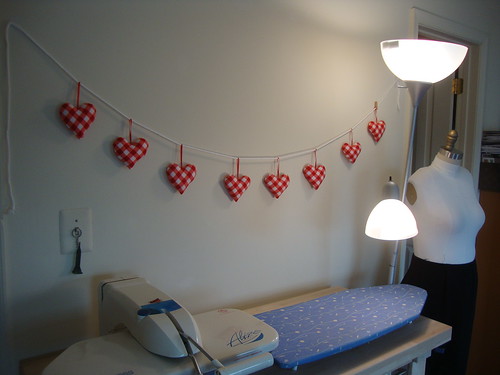 I just finished the 11th one this week. For the longest time I had 9 of them done (and I had given one away to my work photographer).   So those 8 have been hanging on my wall in my sewing room. 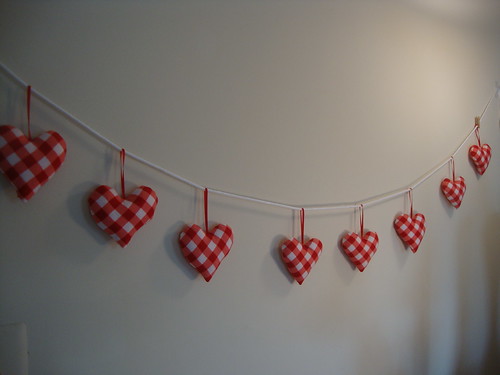 I downloaded the free pattern here from the Oliver + S website.  There's a really cute family story there too about why Liesl likes hearts on trees.

Because I was going to make so many of them, I decided to cut a cardboard template.  But using the heart as a template meant I couldn't center my heart for cutting out.  I wound up using the leftover cardboard (with the heart cut out) as the template instead, instead of the cardboard heart itself! 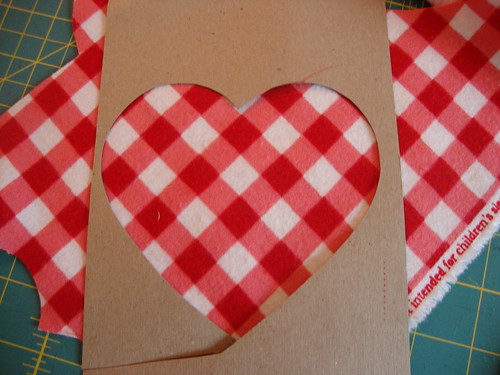 This was my first one, where I cut it out straight on and used a thick ribbon. 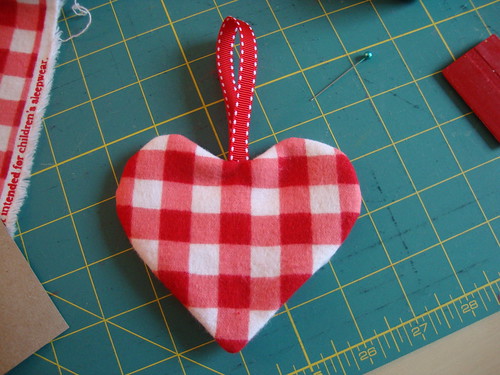 Cutting it on the bias was MUCH cuter.  As was using thinner ribbon.
It mostly disappears but not completely because the gingham was not printed on grain. 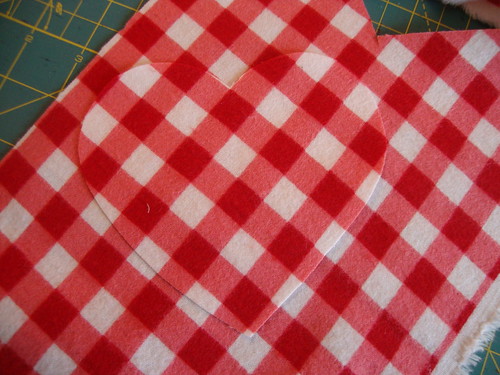 Then I realized, the lines need to match when right sides are together.  But again, there were issues with the printing of the fabric. 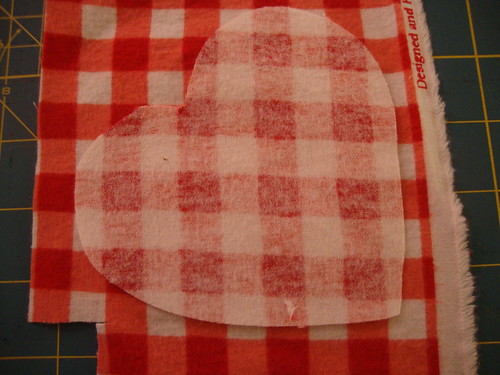 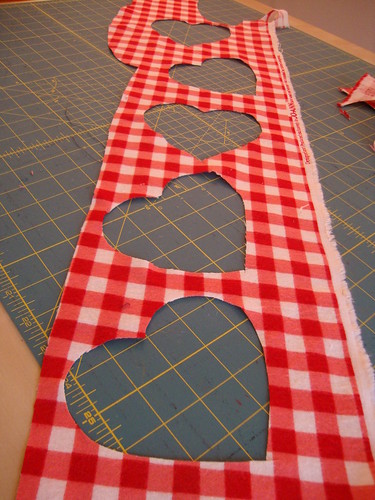 I love this basket. 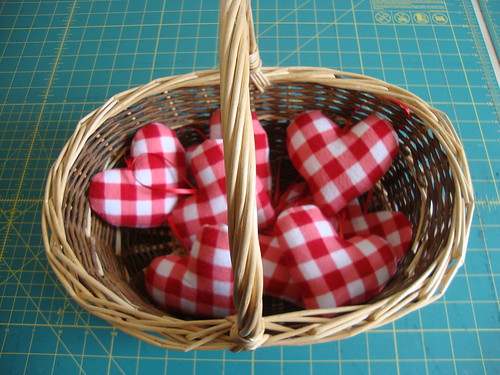 It amazes me how differently they all turned out. 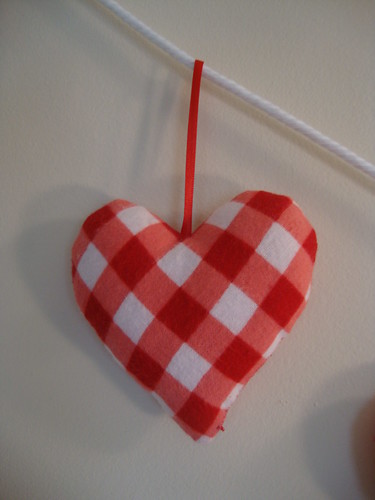 Like real life, no two hearts are the same. 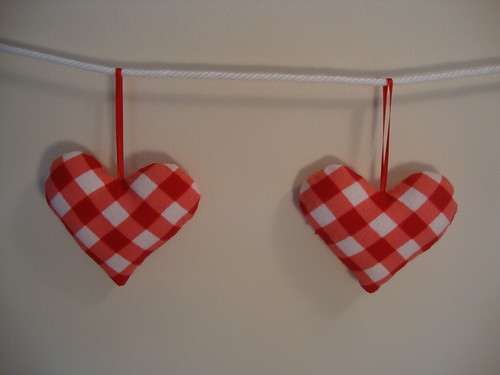 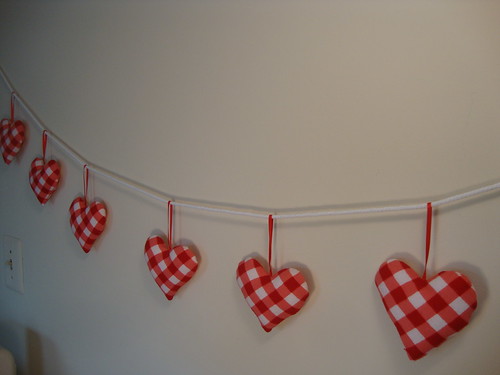 Some of the lines line up better than others. 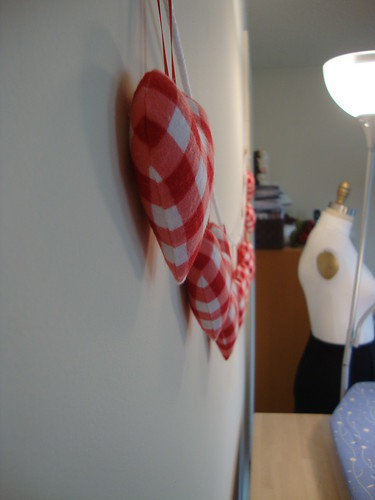 Soooo....what is the most loving thing you can do for yourself?