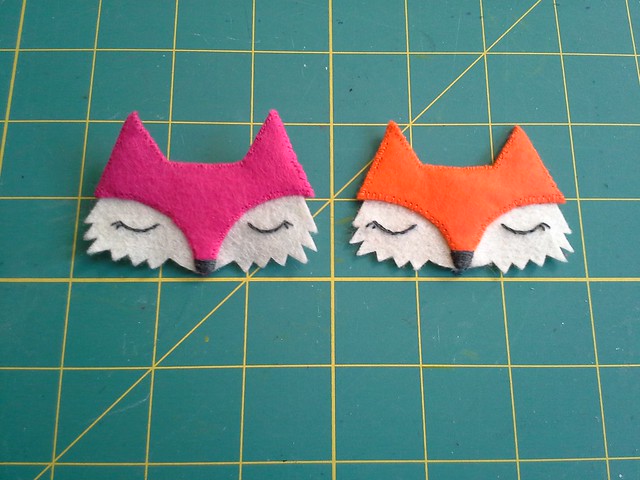 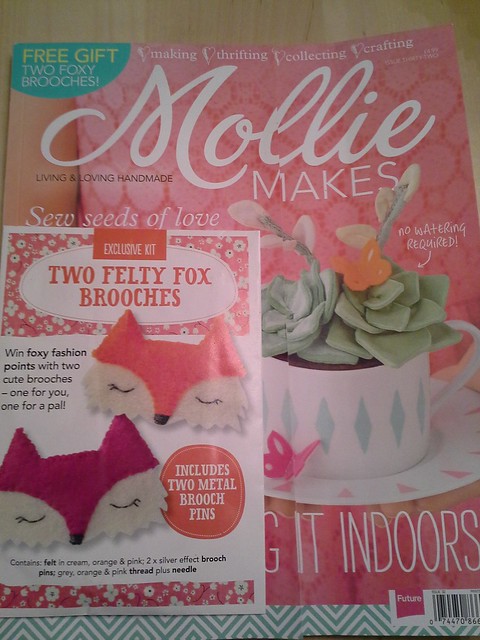 Over my week off at the end of August/early September, I took a crafternoon to stitch up the felty fox brooches that came with Mollie Makes Issue 32. (I buy the old issues off eBay). 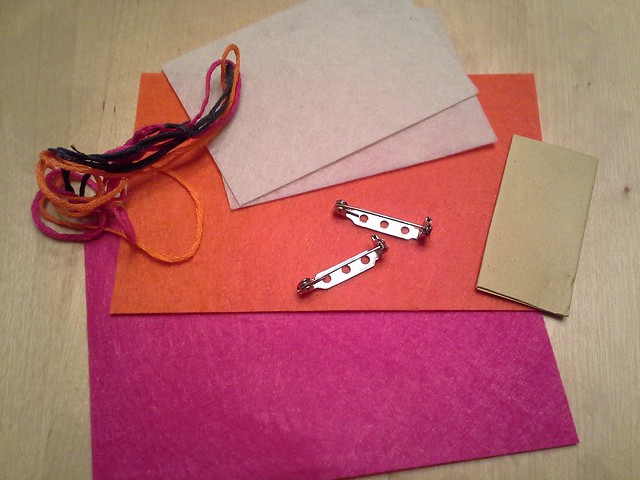 The kit came with felt, thread, a really terrible needle (I used one from my stash instead) and two pins.  The templates were in the magazine itself. 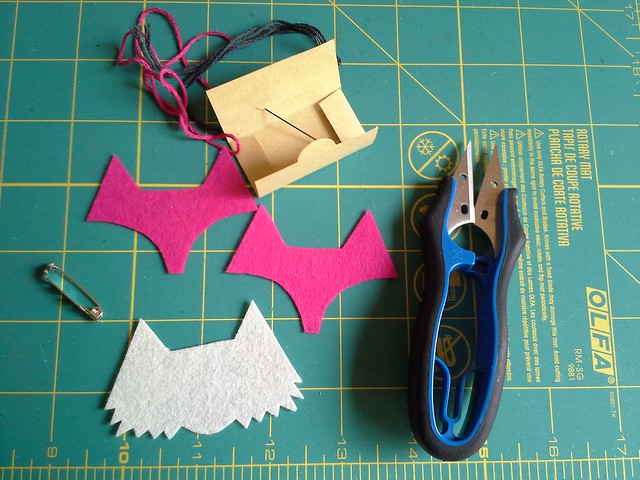 First I cut out the pieces.  I was wondering how to get the points on the white felt to be super pointy and exact and then it came to me :  thread snips!  They are absolutely perfect for that kind of job.  Highly recommend! 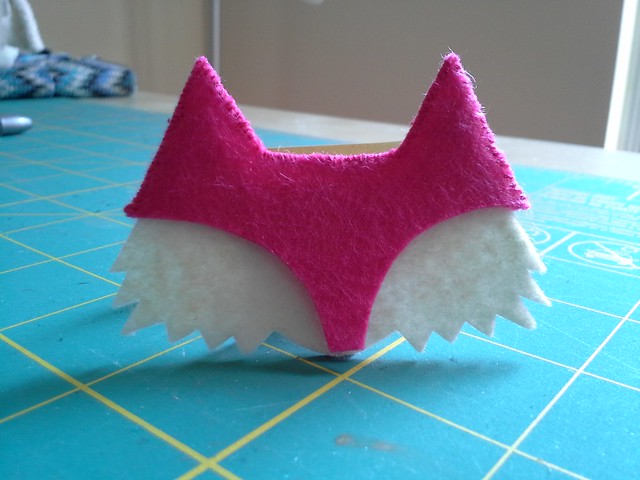 The pin is sewn on the back of one piece of pink felt first. Then the pink felt is hand stitched across the top.  In the pic above, the white felt is just inserted. 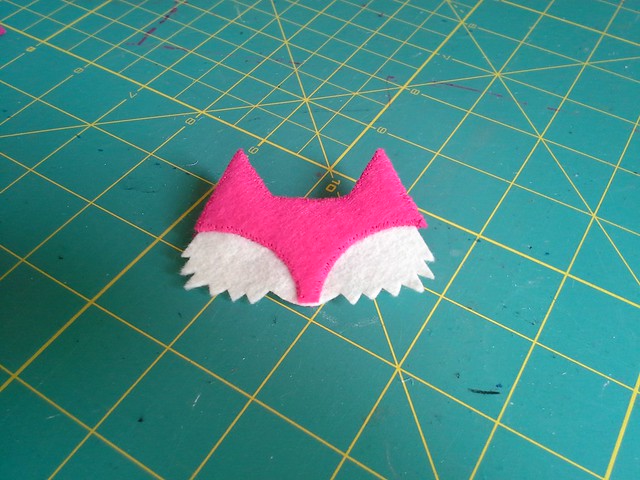 Now the pink felt is sewn to the white felt. 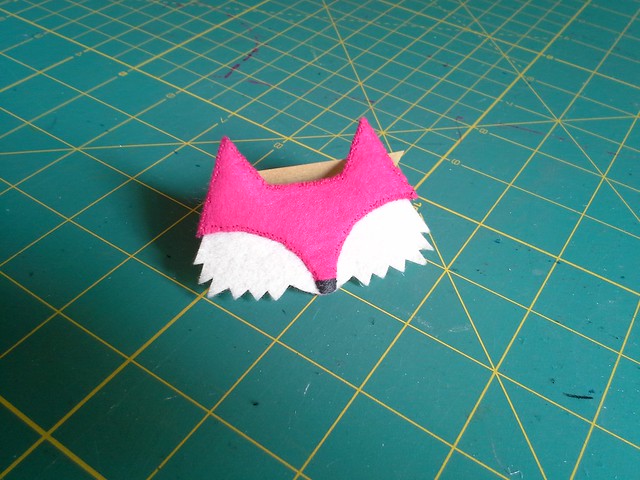 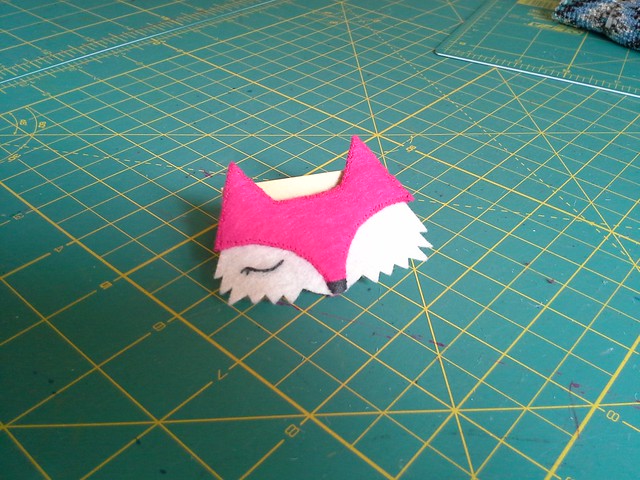 One eye is stitched on... 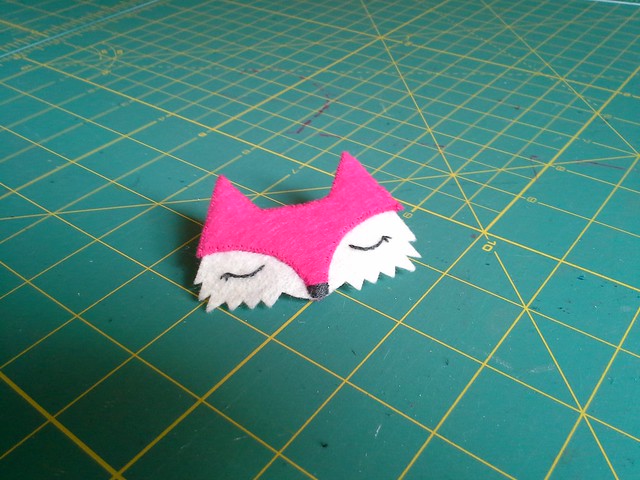 Now both eyes are stitched!  It was hard to get them to look somewhat evenly positioned. 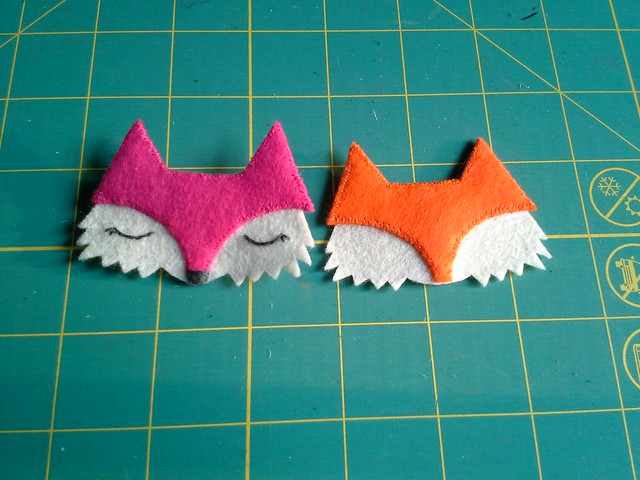 Now on to the orange fox.  This time I sewed a tiny magnet (scavenged from a magnet I didn't want) inside the back of the fox.  It is not visible from the outside, but it is strong, and happily clinging to my refrigerator!. 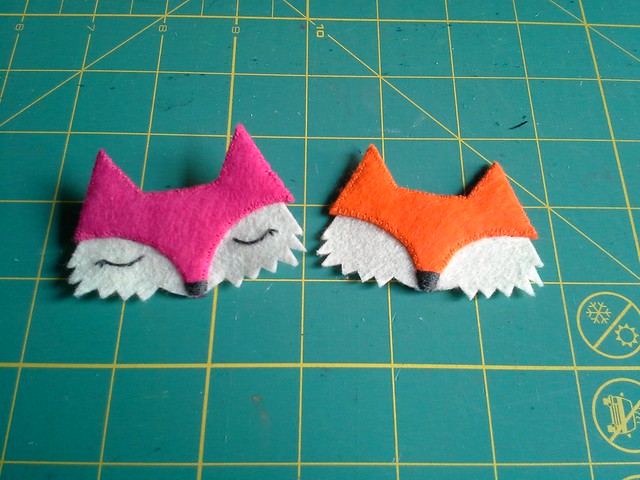 Satin stitched the nose on.

Two foxes!!  I actually bought the kit again so that I can make these again and have one set at work and one set at home.  (I didn't trust finding orange and pink felt in such bright happy colors locally.) But I have yet to stitch up the ones for work.

Mollie Makes had a great response to my tweet about having dinner a bit later to stitch the orange fox too! 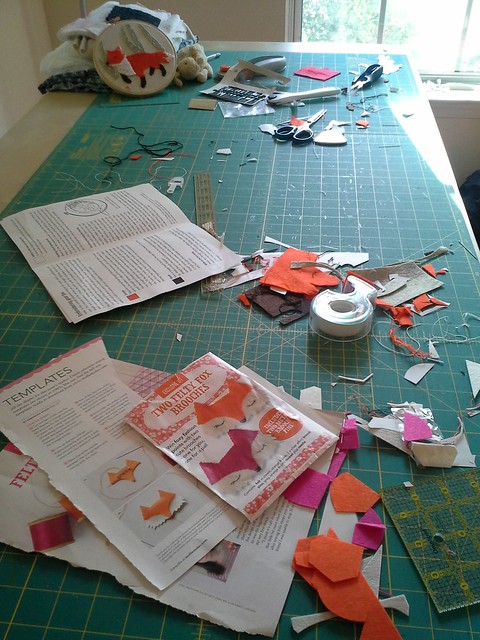 I actually made another kit the day after, which you can see in the upper left corner of the pic above.  I'll write about it in another post. But this is what my sewing table looked like after two days of craftiness.  A bit different than my usual sewing table.   (And yes, I will do a virtual tour of my sewing room sometime this fall!)

Have you done any hand stitching like this?  I have not done anything like that in a long time, and certainly never hand stitched it like that.  It was fun!