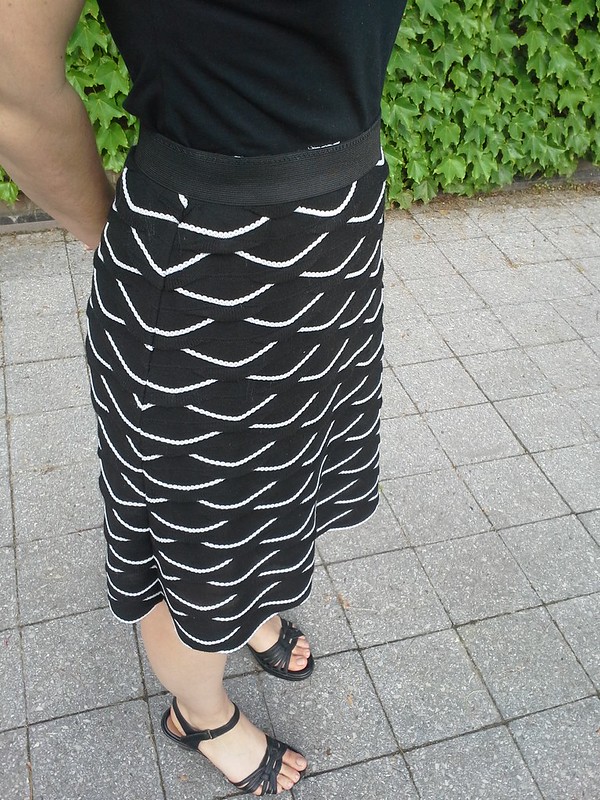 Look at that side seam matching!  When I serge the elastic to the top (right now it's zigzagged on), I think it will get rid of that little white bits poking up at the top. 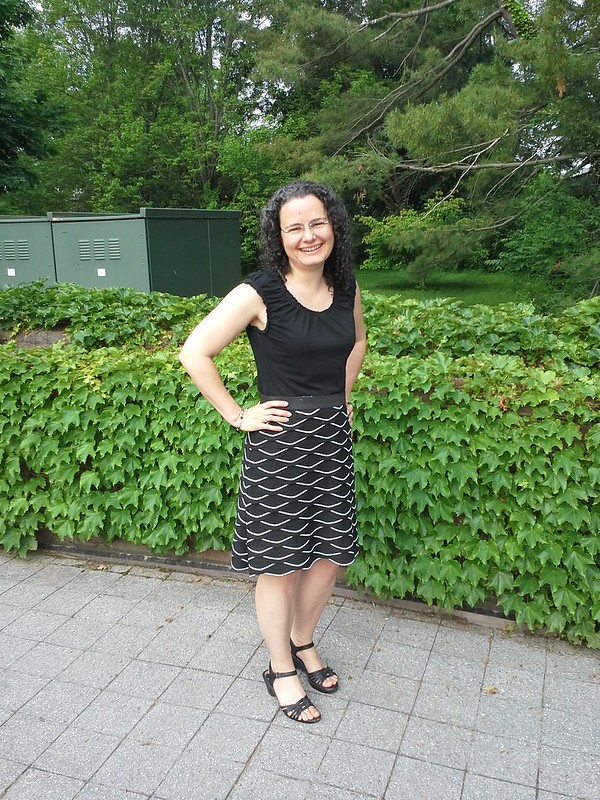 The inaugural wearing/test run was yesterday!

I used my TNT New Look 6843 A-line skirt pattern, but it's meant for a woven.  This fun and fantastic knit fabric is from "Stitched Fabric" at the Austin Fabric Co-op, purchased during PR weekend Austin 2014. It is cotton and feels fantastic.  I'm wearing it with a slip because it's very see-through.

I folded out the front pleats and half of the back pleats on the pattern piece, then cut out the skirt  I had only bought a yard of the fabric, so I had to position it carefully.  This was as long as the skirt could possibly be! 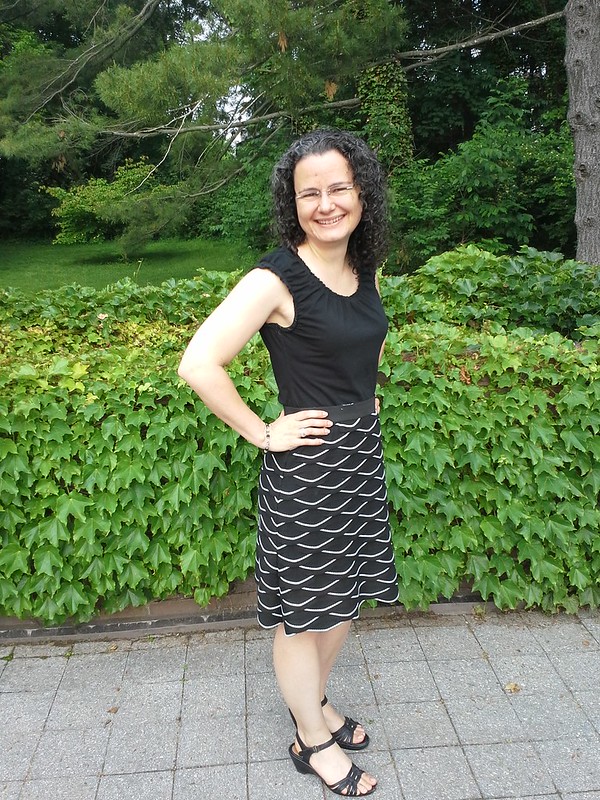 I used Pamela's Fantastic Elastic and applied it to the outside to make it look like a band, like I'm wearing a belt with it.  I will say that I made two muslins (yes, TWO muslins for this very simple knit version of my TNT woven skirt pattern, I was not taking any chances messing up this fabric!) before cutting the real fabric.

Muslin #1:
For the first muslin, I cut my front and back pattern pieces including the darts, but I did not sew the darts.  I followed the directions that come with the elastic, which says to cut the elastic 2-3" smaller than your waist, then overlap a half inch. Ha ha ha ha ha, I cut it 2" smaller and it was just too tight.  I also had not removed the darts and did not sew the darts, so there was a lot of, you know, gathering, which was not the look I wanted.  I wanted a very smooth look on the front.

Muslin #2.
On my next muslin I cut the elastic 1" smaller than my waist and it was still snug so on my last version I basically cut it the same size as my waist and that was MUCH better.  Pamela's Fantastic Elastic is pretty fab, by the way, it is very sturdy and actually you can cut down the width, which I considered doing but haven't.  I ordered more of it this morning as I would like to make another knit skirt very soon!

Also on muslin version #2 I folded out the front pleats and half of the back pleats before cutting, which gave a much smoother look.

When I applied the elastic for version 2, I divided it up into quarters and it was more "gathered" in some places than other, still not the "generally smooth" look I was going for.

The Real Deal
So when it came to the real deal, I cut the front out first, folding out the darts of the front pattern piece then cutting.  But when it was time to cut out the back, I realized I could not do the pattern matching unless I cut out two fronts (i.e. they had to be cut one on top of the other to match the pattern pieces).  So that is what I did!!

Then I fused interfacing onto the lower edge of the fabric, and used my rotary cutter to cut under the white scallops. That seemed much better than trying to officially hem it.  I figure the interfacing will keep it from curling, and who doesn't love a scalloped edge?

Then I used my walking foot (for the second time ever) to sew the side seams.  I must say I found the walking foot much nicer this time around and I enjoyed the clack-clack-clack sound it makes.

Then I serged the side seams.

Then I threaded the serger tails into the side seams.

Then I sewed the elastic to the top of the skirt.  Instead of dividing it into quarters, I divided it into eighths, so that the fabric was more evenly distributed and more smooth.  I zigzagged the edge, with the idea of if I hated it, I could easily remove it.

I am probably going to serge it on the top and call it a day.  :)  Does anyone have experience serging the elastic band to the top? Any tips? Is my serger going to hate it???? 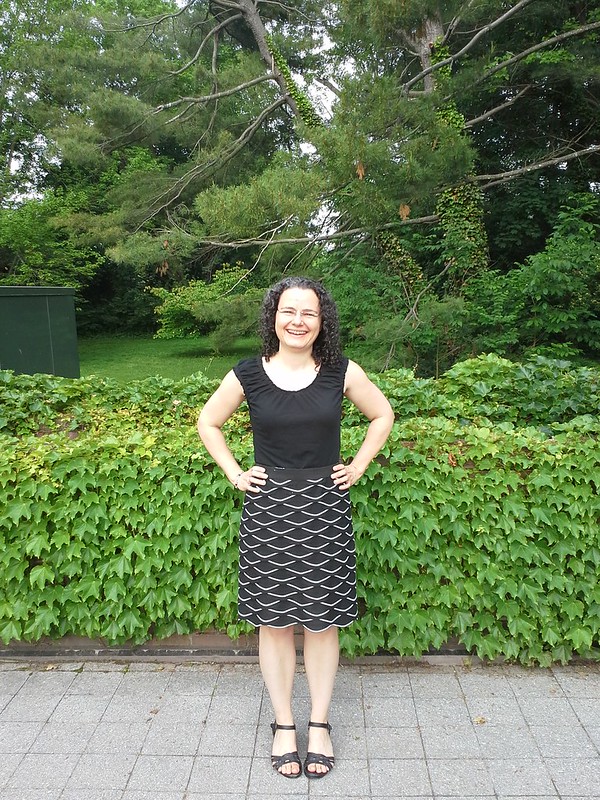 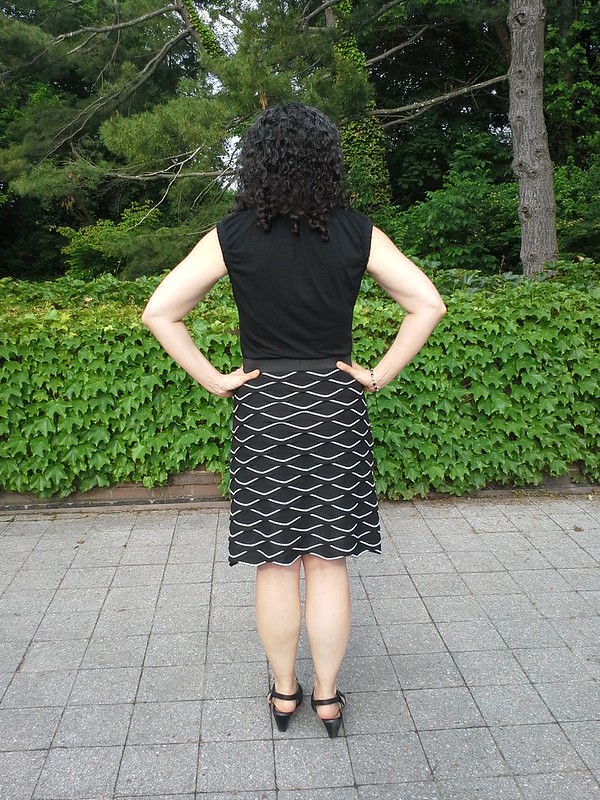 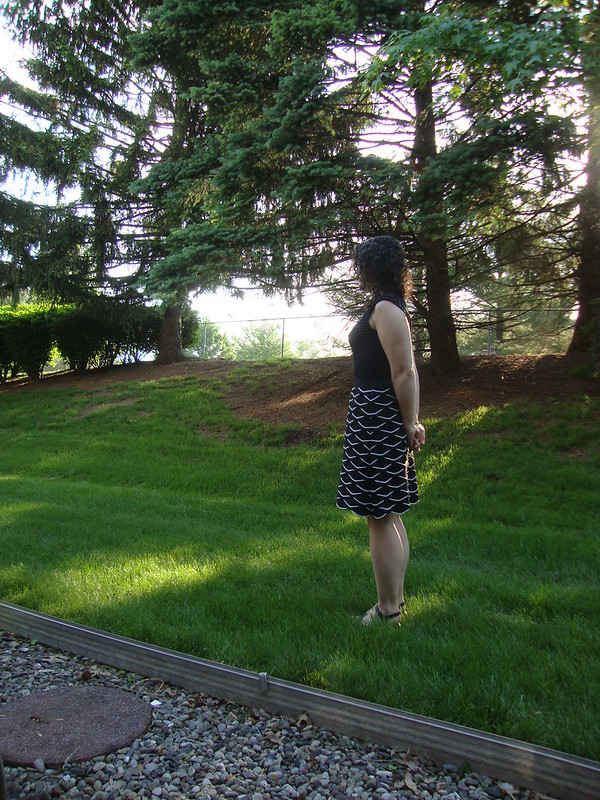 The Carolyn pose (I should have borrowed the neighbor's dog).

It's a new summer so you know what that means.... 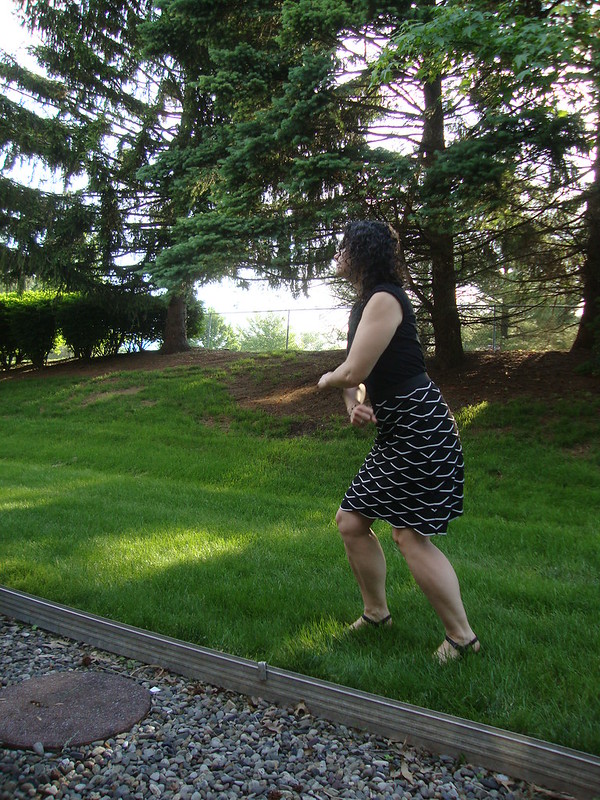 Fresh look for summer
I redesigned my blog --do you like it?  Do you want to hear about how I did it? 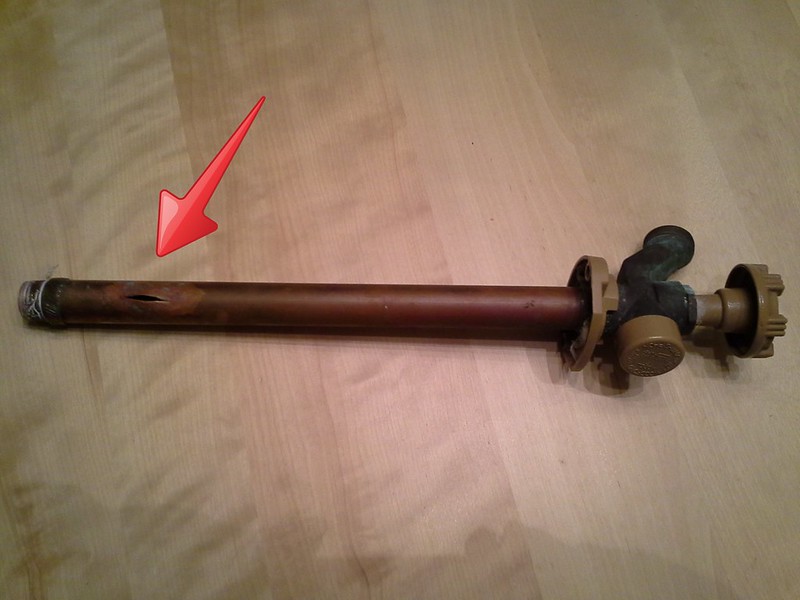 This is what happens when you don't drain the water out of the pipe that leads to your outside spigot. It doesn't matter if you remembered to do it every fall for the first 8 years you live in your townhouse, if you forget choose not to do it because you have other things to do, the ninth year you will turn on the hose in the spring and half of the water will come out the hose and the other half will be released into your bathroom wall and seep out from underneath the wall onto the floor and nine bath towels later, it will be mopped up.  Nine bath towels are also handy for sopping up your tears as you clean up the water.

It is a highly effective way to be forced to clean your bathroom floor, but I don't recommend it.