I am really loving where this is heading. 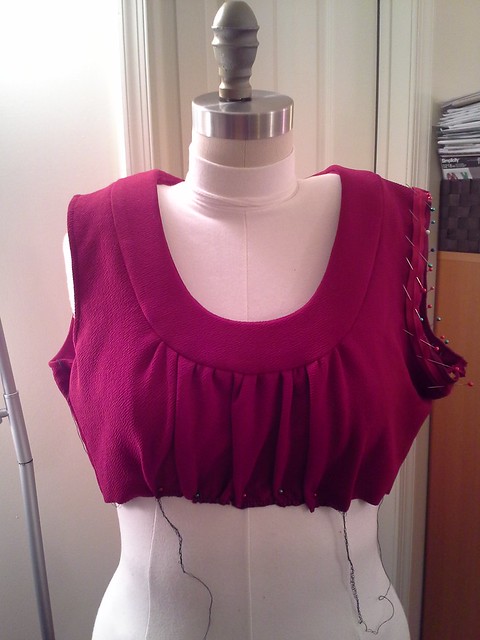 I was obsessing over the gathering last night so I told myself I had half an hour tonight to fuss with it, and wherever it was at a half hour later was what it would be, sort of Project Runway style.

I'm binding the armholes on this stretch woven with bias tape as per Amanda S's tutorial.   One armhole is bound in this shot and the other is about to be bound.  It's a bit unusual to bind a stretch fabric with a woven but it's working out ok so far.  I made myself stop at 9pm though.... 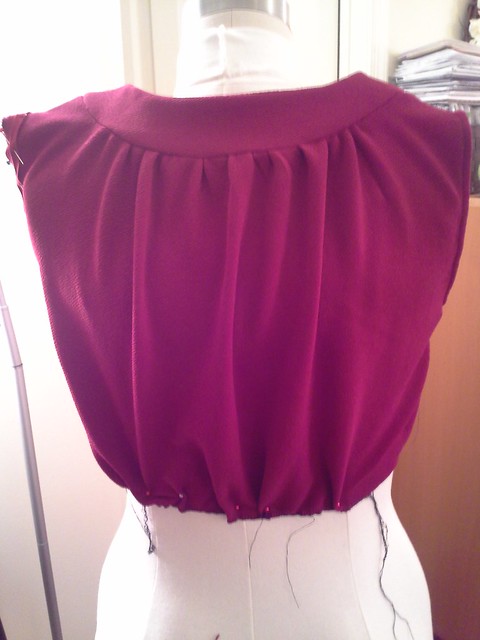 Ok, that back band is looking a bit wonky, but let's hope that's just the angle of the pic, ok?