The Ups and Downs of Chevrons 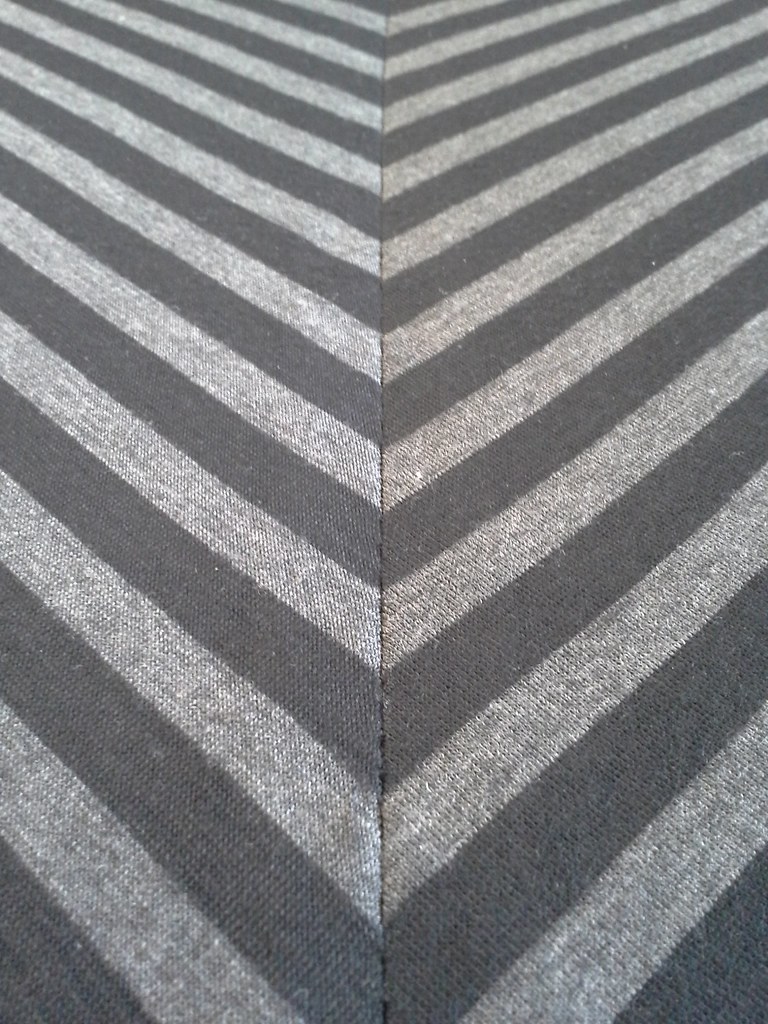 I had never chevroned, nor wanted to chevron, til I saw this pattern, Simplicity 1283: 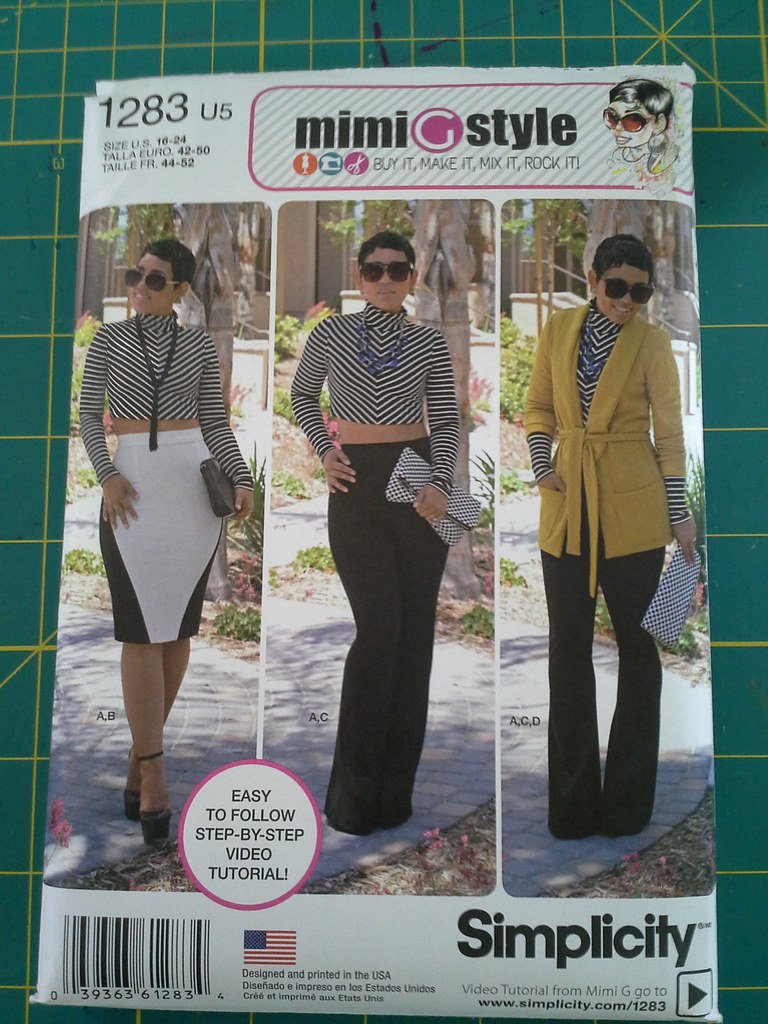 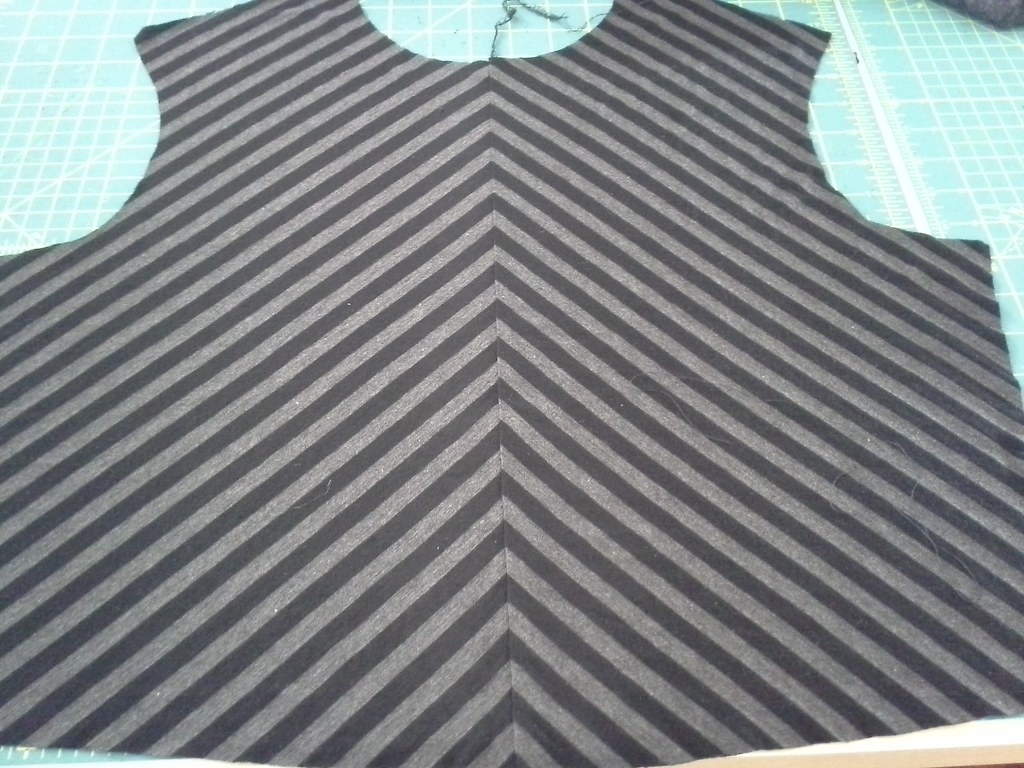 The chevron is pointing UP and I wanted it to be DOWN like it is on the pattern envelope.

Let's go to the line drawing. 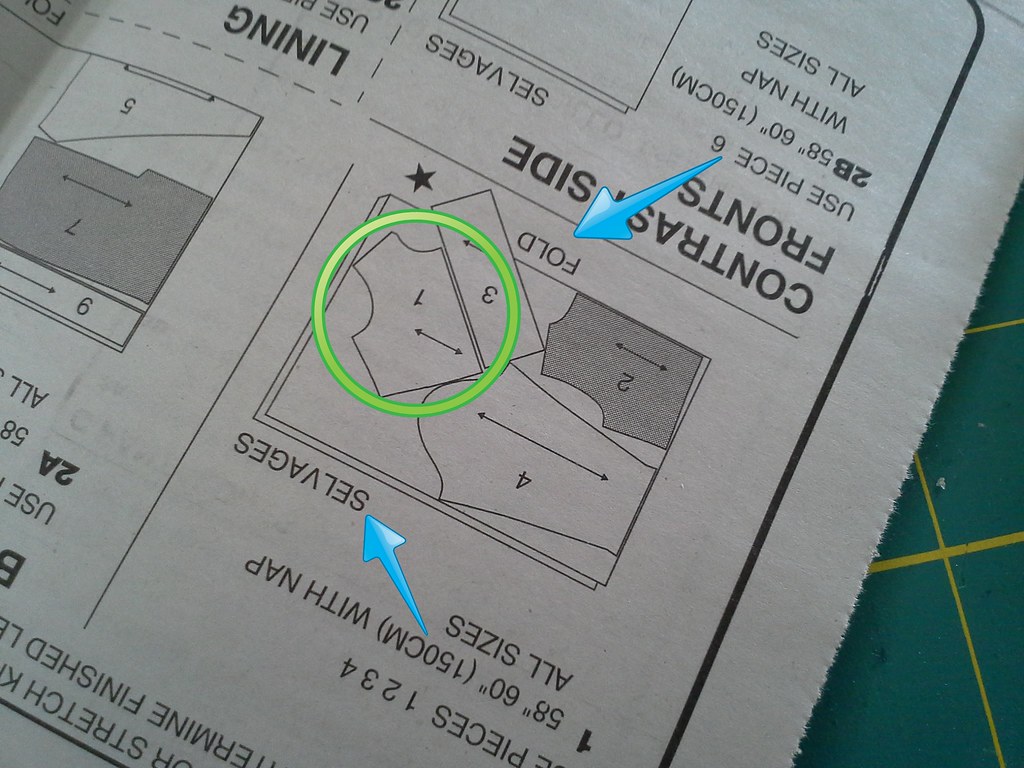 Yes, the instructions are upside down, but it's easier to see the chevron with pattern piece #1 (the front of the top) with the directions turned this way.

Note the fold and the selvages. 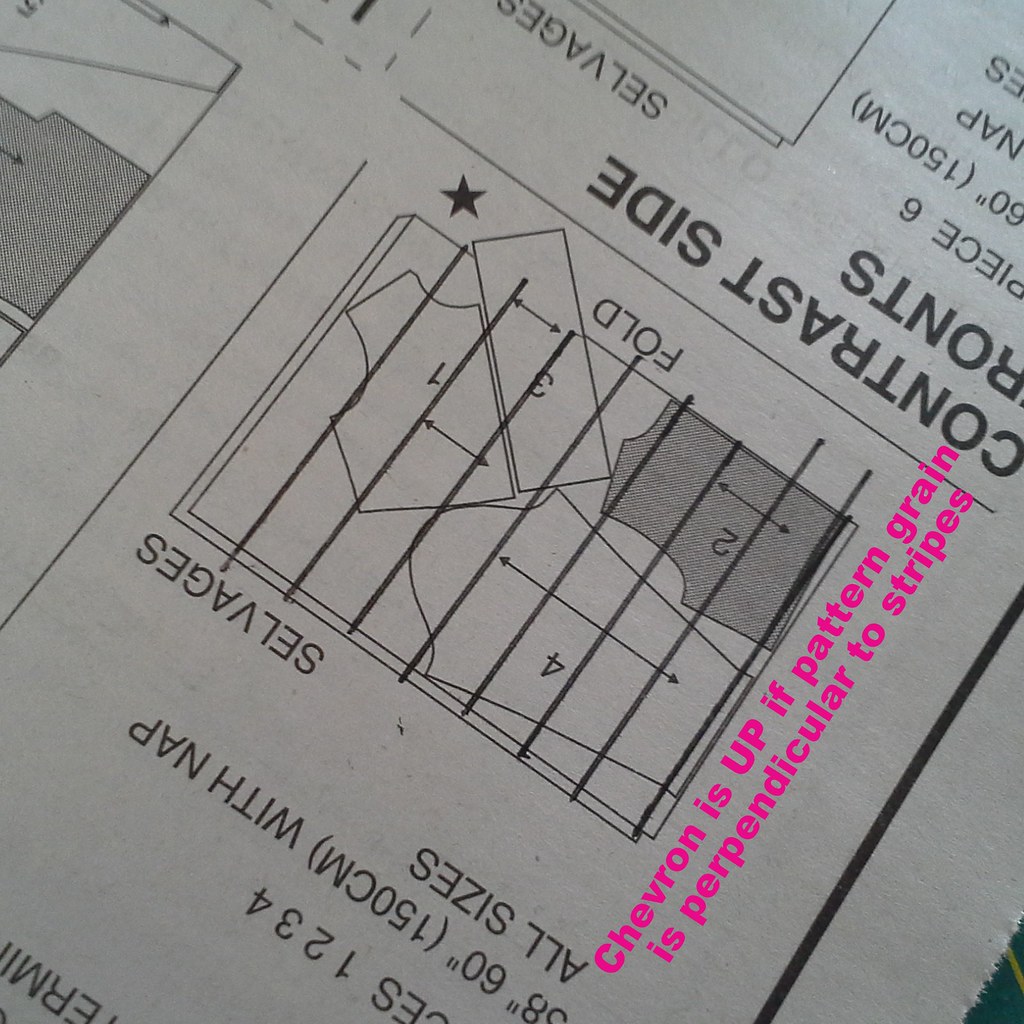 If your fabric stripes are going horizontally across, from selvage to selvage, then look at what happens, above.  The chevrons will point UP.

Another way to state this is, regardless of fold/selvage, the chevron will be UP if the pattern grain line is perpendicular to the stripes. 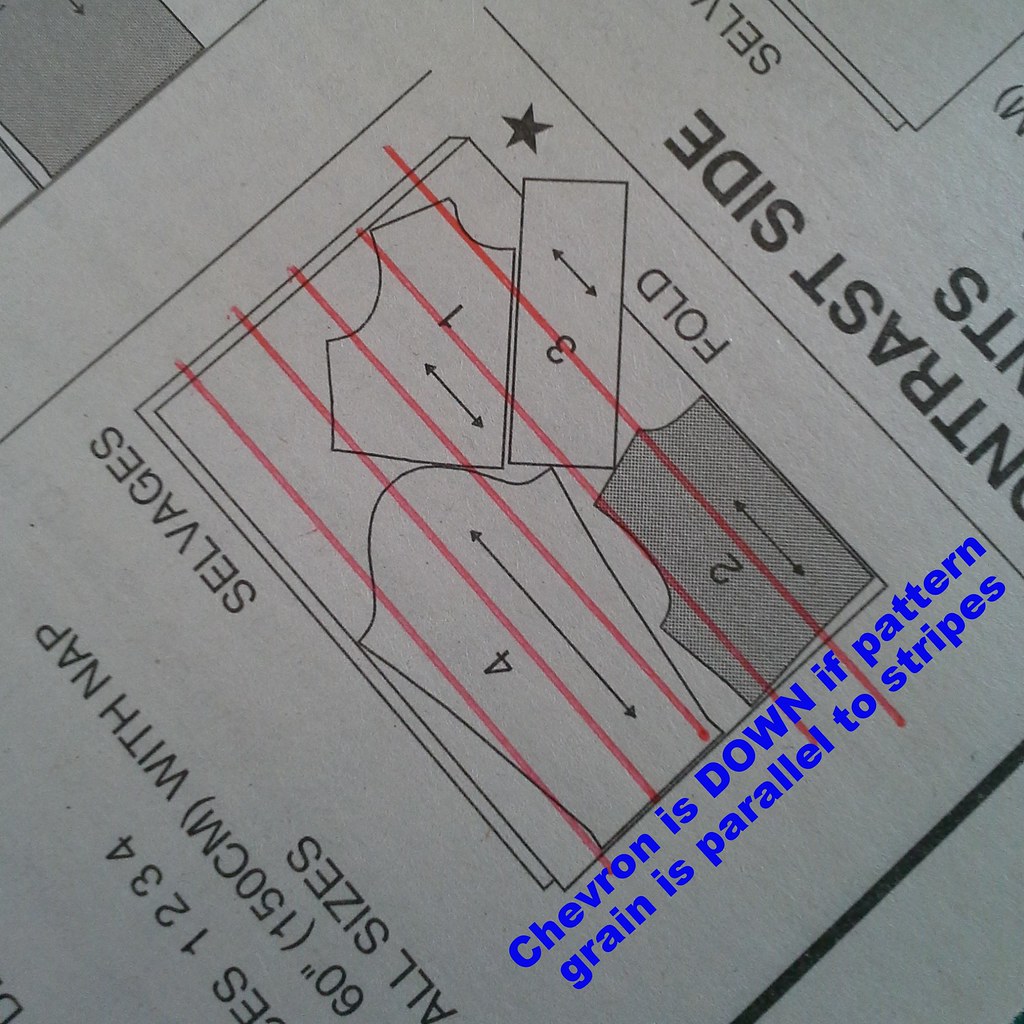 If your fabric strips are vertical, from cut edge to cut edge, then the chevrons will be DOWN, as above.
Another way to state this is, regardless of fold/selvage, the chevron will be DOWN if the pattern grain line is parallel to the stripes.

So I had to cut it out again (with very limited fabric remaining) to get the chevrons to be DOWN:

To wrap my head around it, I drew on my traced pattern piece: 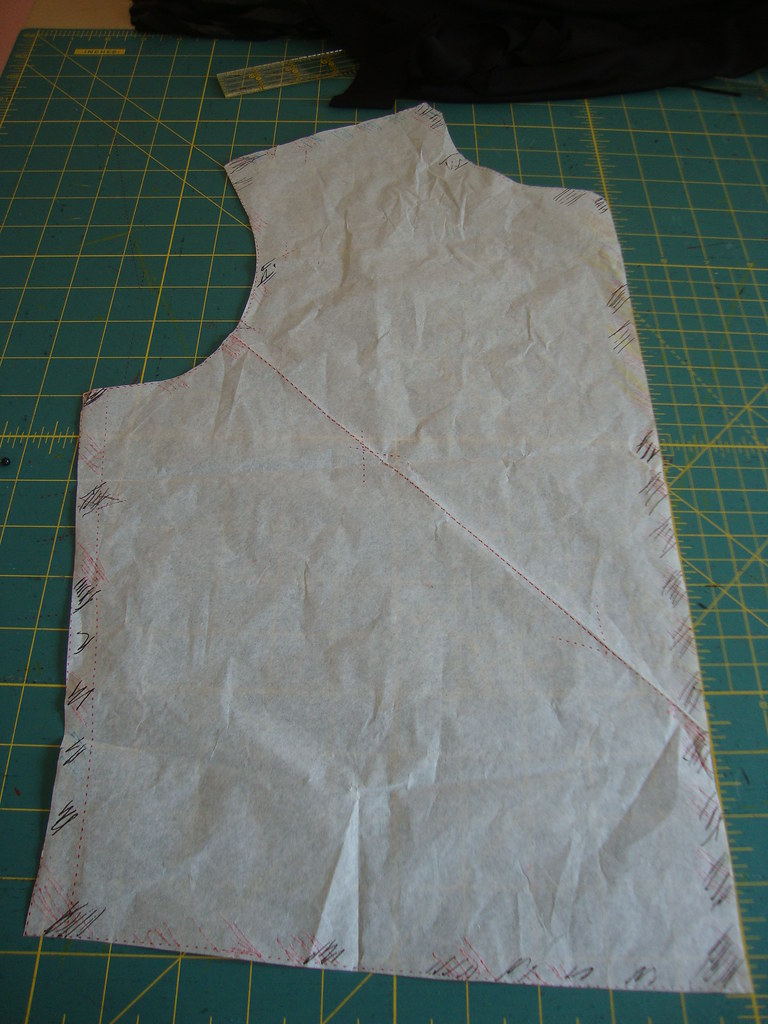 The black lines  on the edge are when the pattern grain line (that diagonal line in the middle) is perpendicular to the stripes.

The red lines  on the edge are when the pattern grain line is parallel.

(The dotted red line is the pattern grain line). 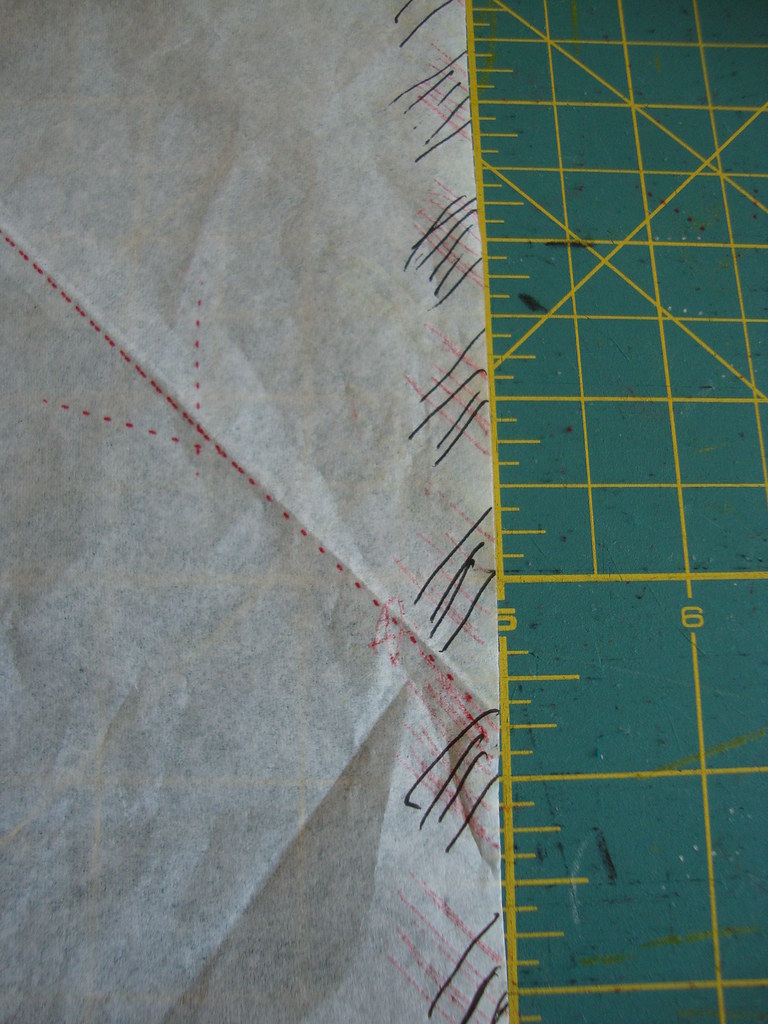 I generally cut single layer anyway, but with stripes, it's a must. Do you see the camoflauged piece?? 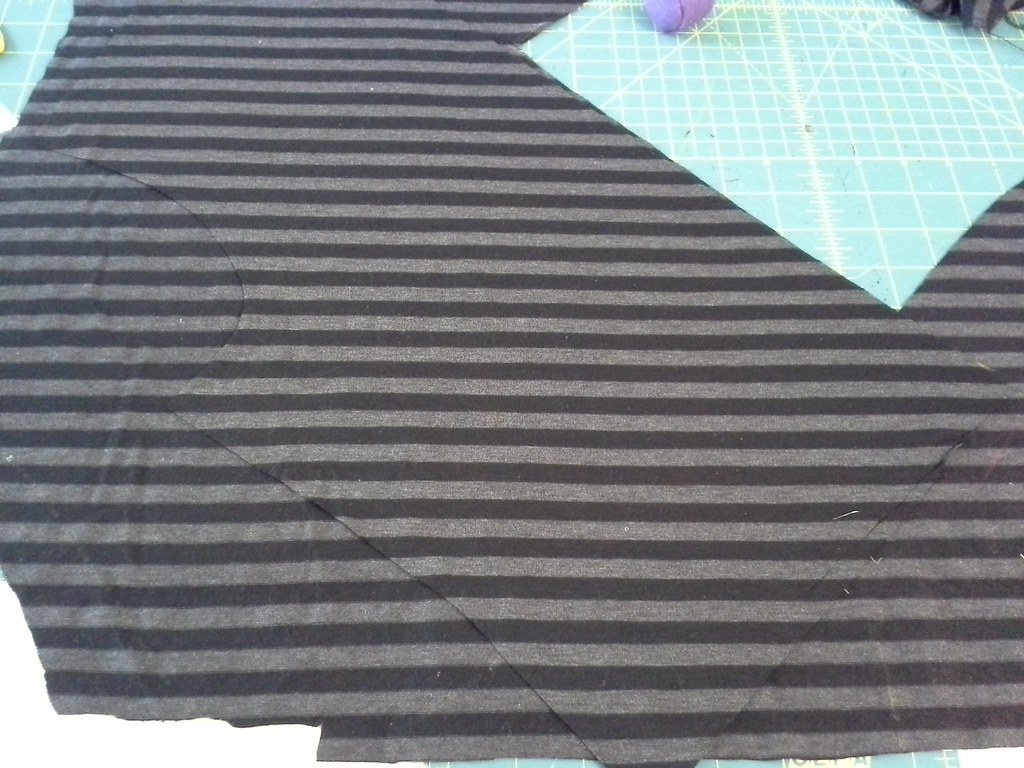 I wound up having to cut it out a total of three times:
1.  First time chevrons up.
2.  Second time, chevrons down, but then I decided to cut the armhole in (as a sleeveless, because I was fearing too many stripes and also running out of fabric).  However, when I did that, it was cut in too low and deep on the front.  (Signal another huge, heaving sigh).
3.  Third time, with not much fabric remaining, I got it right.  Chevrons down, armhole cut in, not too low or deep. 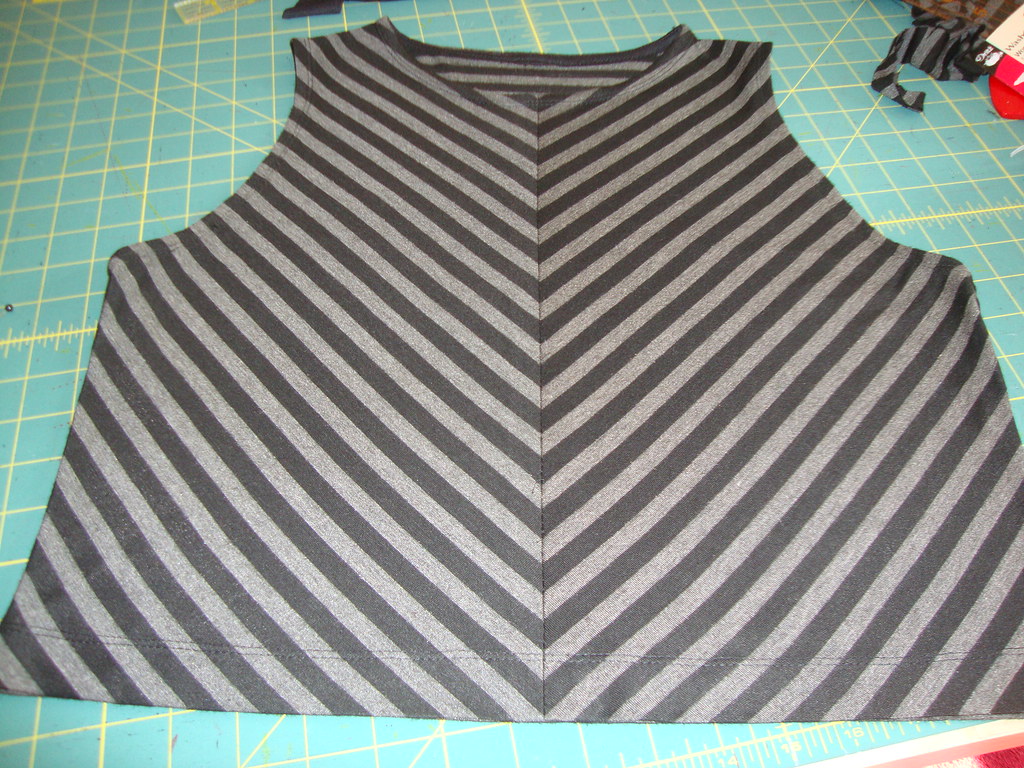 It's done!  More pix, and modelled,  tmw or later in the week!

Have you ever chevroned before?  If yes, how did it go???  Do you prefer your chevrons up or down?