McCall's 6992 I wear my heart on my (sweatshirt) sleeve 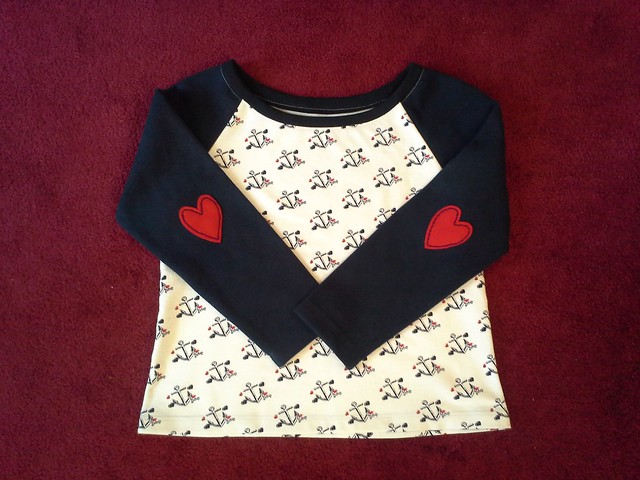 Happy New Year!!!   Thanks for your comments on my year-end recap!

I had 11 glorious days in a row off for the holidays.  Most of the time I was either binge sewing or binge purging the house.  I was hoping after returning to work that I could keep up the machine sewing at night, but I really can't.  It's just not feasible for me, but I enjoyed every minute of binge sewing while it lasted!  (I mainly machine sew on weekends, though I can do some handstitching during the week.)

Let's talk about the sweatshirt, shall we??? 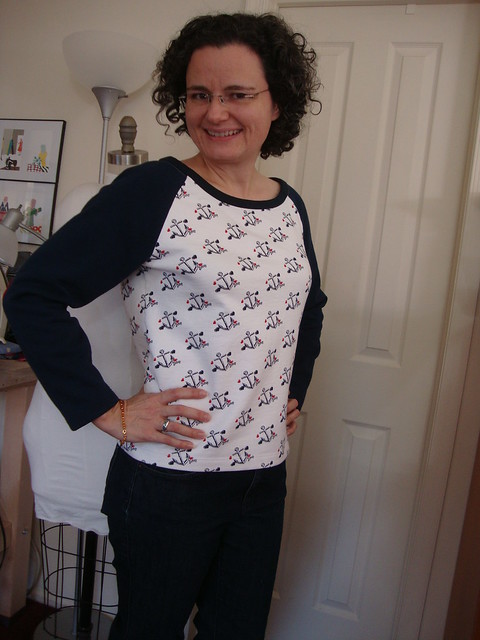 The pattern is McCall's 6992.   I cut the size 14, except at the neckline which was a 12 (but read more about the neckline below, I wound up cutting it differently later). 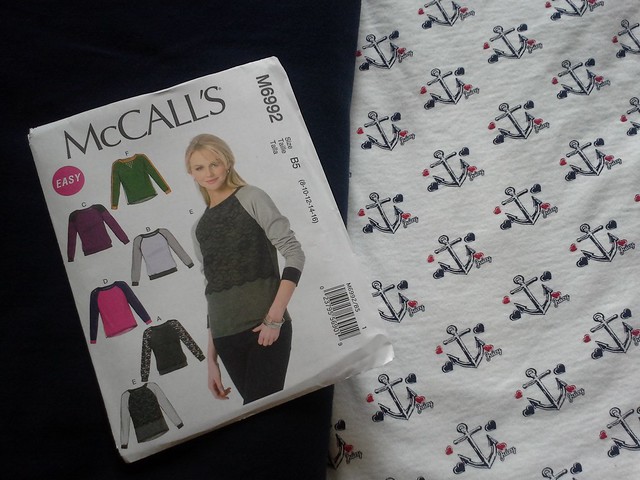 The anchor fabric is Juicy Couture sweatshirt fabric from the defunct Lucy's Fabrics (miss that site totally and completely.  I discovered Lucy's just before they changed their focus to rhinestones, and they stocked loads of wonderful knits that I loved.  Sniff.  When they sold off their knits, I bought the rest of the Juicy fabric.  I had made full-on pjs from this fabric years ago.). 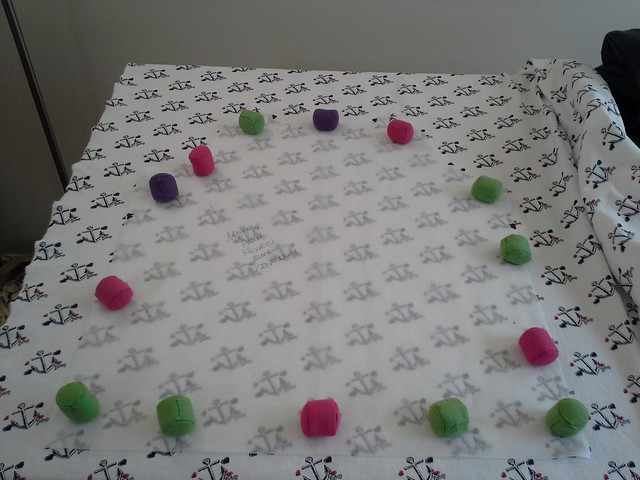 I pretty much trace all my patterns so that I can cut them single layer. On this pattern, I wanted the CF to be centered over the anchors. 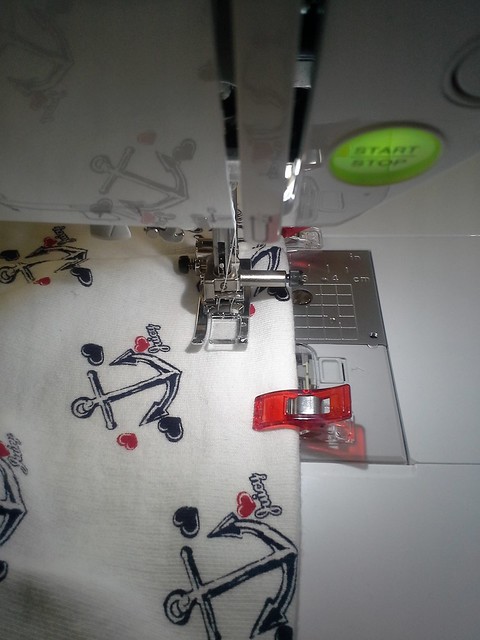 Stretch twin needle action for the hem.  Also you get a nice closeup of the anchors. 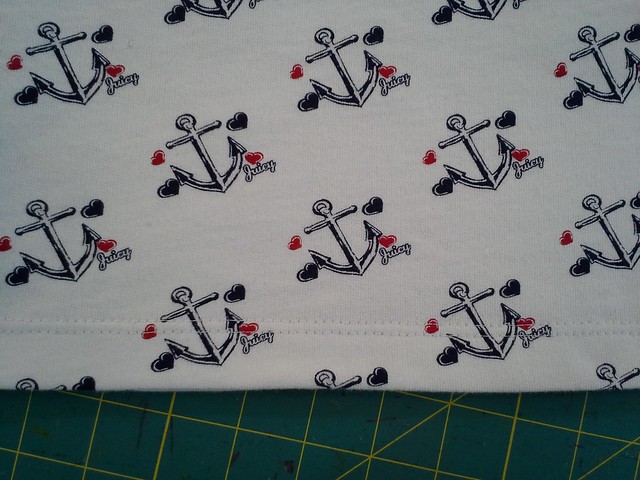 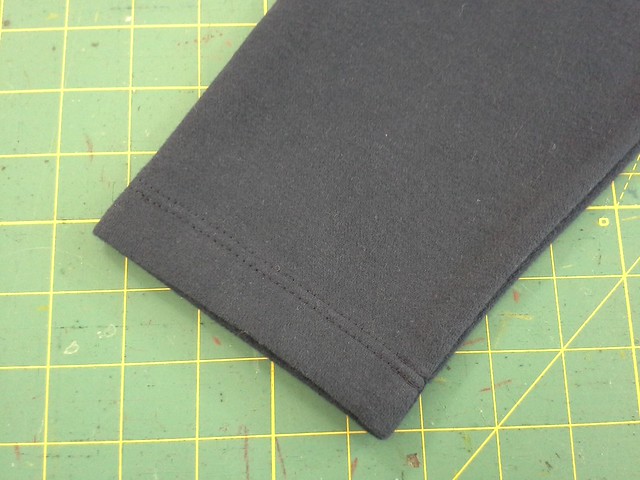 I twin needle stitched the hem of the sleeves, too.  I did not add the cuffs so the sleeve is a little bit short.  Next time I'll just add an inch to the sleeve pattern. 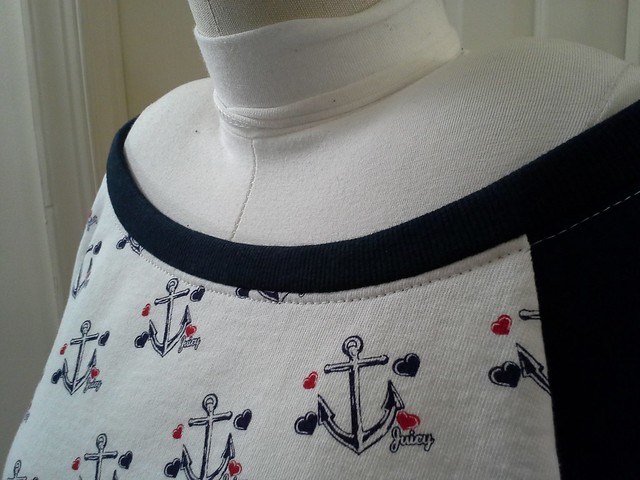 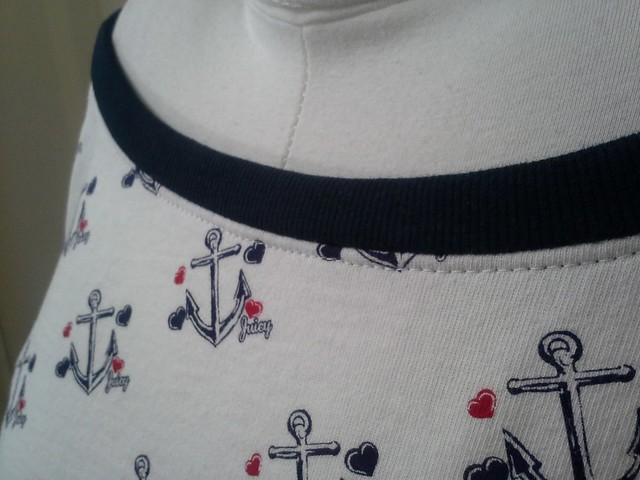 I used rib knit from stash for the binding. 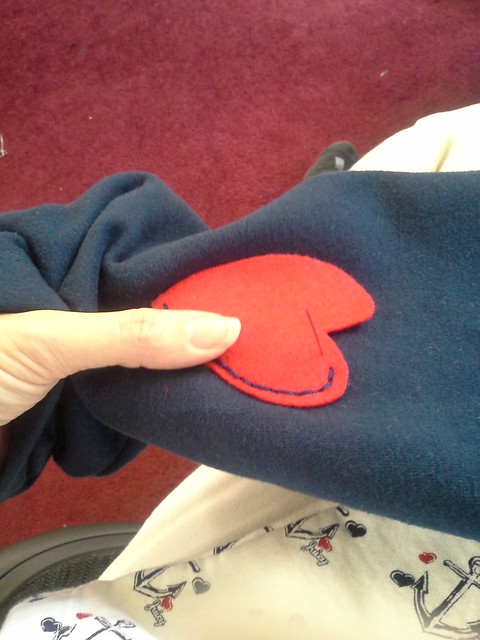 There is a new dress shop in Princeton that has dresses with heart patches on the elbows. Later I heard from ATP that this is a trend that's all over Pinterest?  I didn't know! But I thought it would be cute to sew on some heart elbow patches to match the hearts next to the anchors.   I did not think of it til after the sweatshirt was sewn, though, so I cut them out of felt and then stitched them on by hand. 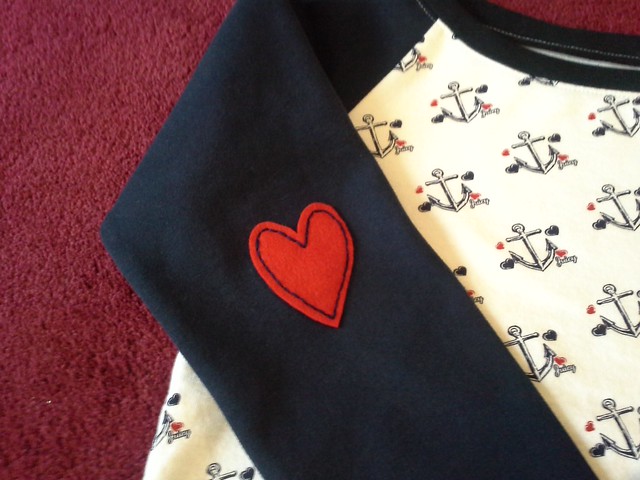 So then it looked like that.  The hearts are from red felt, so I have no idea what they are going to look like after being washed. 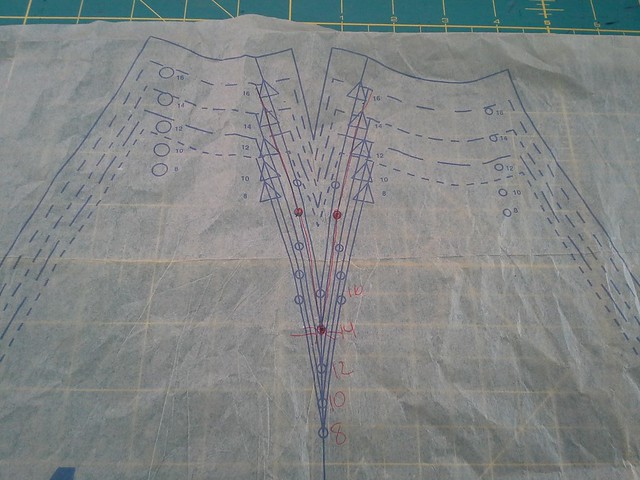 The pattern has a neat shoulder dart, though I had to mark it in red so I knew where it was for tracing!!  All those lines were confusing for my vacation brain! 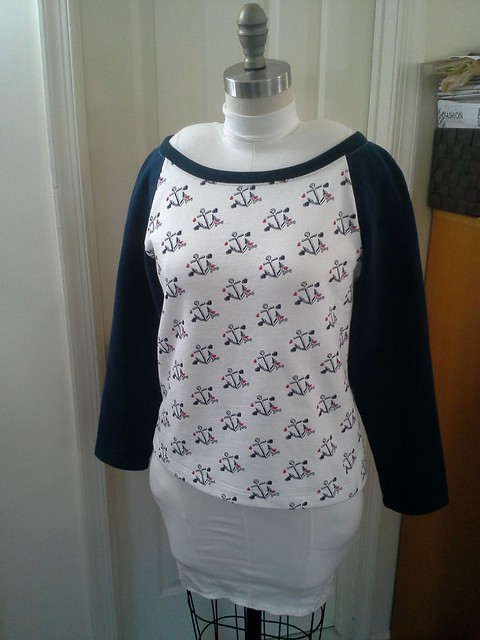 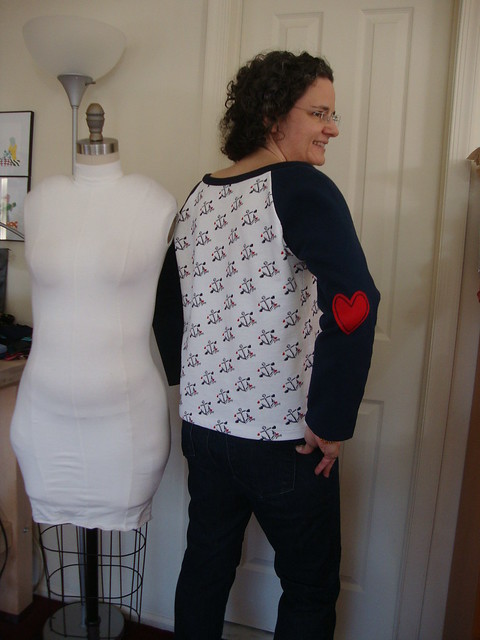 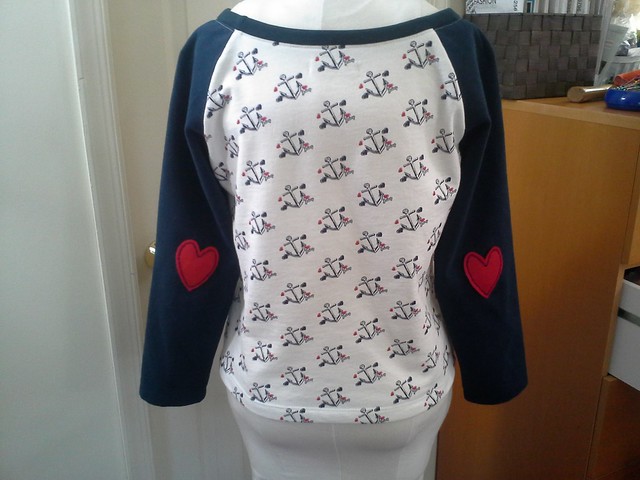 Completed Back.  I think it would also be cute with one heart on one elbow and an anchor over the other elbow.

Overall I enjoyed working with this pattern, and the fact that it is a sweatshirt meant there wasn't much to do in the way of fit!  And everything was already in my stash! Perfect!