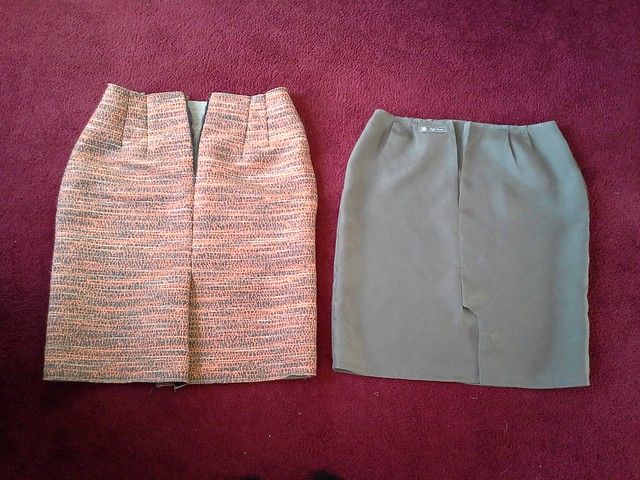 The best lining for wool?
Having never lined wool before, I took to IG to ask what fabric to use as lining.   Rayon bemberg seemed to be the most popular response, and that is a fabric I don't have in my stash.  It is super slippery, and I haven't really worked with any super slippery fabrics before.  So it was adventure time! 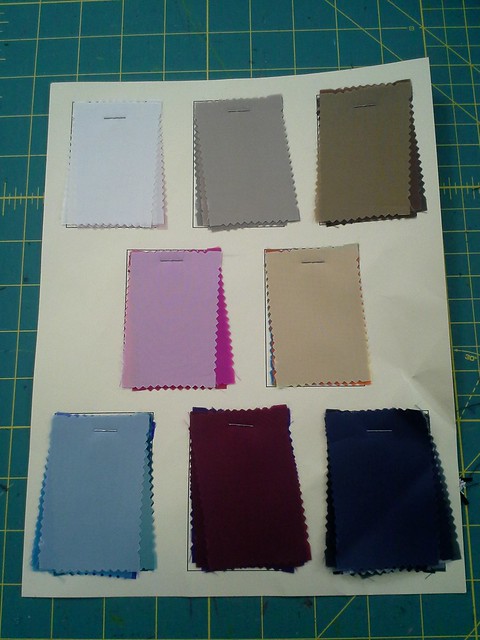 Procuring rayon bemberg
A google search revealed that rayon bemberg is also called Ambiance. (Oh! So that is what Amanda S always lines her garments with!)  Joann's has it, but in limited colors.  Vogue Fabrics has it in almost 40 colors.  I've been swatching from online sites lately before buying the real deal, but somehow I felt confident enough to just go with 2 yards of "Gray" and also order a swatch card at the same time.  For just $5, they send you a card with swatches of every one of their rayon bemberg colors (there is a similar card for Sofia ponte knits!)

The fabric arrived and matches the light gray in the wool, nice! 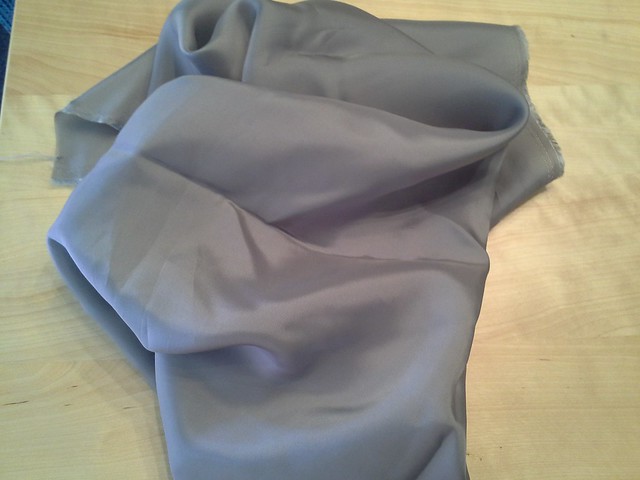 Pretreating rayon bemberg
Once again I took to IG to ask how to pretreat....should I take it to the dry cleaner?  The official washing instructions are "dry clean only."  Responses on IG ranged from dry clean"you can do that", to hover with steam, to throw it in the washer and line dry, to wash and dry that sucker but there will be wrinkles that won't come out.  I also read a spirited message board on PR which contained oodles of suggestions, including Dryel, and the advantages and pitfalls of front loading washers-- a whole world I didn't know existed!).

Since I had 2 yards, I cut 2 generous swatches and machine washed  them in cold, as I do all my clothes, in my standard issue totally non-fancy top-loading run-of-the-mill washing machine.  I line dried one swatch and washed and machine dried the other on high heat in my not fancy but is on a pedestal to make it easier on my back dryer.  Yes, there were wrinkles in both, but there were a lot less wrinkles in the machine dried sample.  I wound up doing another round of samples that I dried on low heat.  The samples did shrink.    I pressed the sample on the wool setting (yes!  I live dangerously!) with my Elna Press after spritzing with water first and found that the water spots did not come out.    The wrinkles were reduced and "good enough" for me.

For the real deal, I rough cut 2 pieces of the bemberg:  one piece for the  front and another piece for the two backs, making sure to keep one selvedge (for the front piece) and both selvedges for the backs.  I serged around the raw edges of the rough cuts, leaving the selvedge as-is.  Then I washed and dried just the rough cuts and pressed, without any water, with my Elna Press.

The process of washing, drying and pressing the rayon bemberg seemed to cause the fabric to lose some of its slippery quality, which I felt made it easier to work with.

Graining rayon bemberg
I registered for and watched the relevant parts of Sarah Veblen's PR class "Sewing with Slippery and Drapey Fabrics".   I used her snip and rip method for graining, which seemed to work quite well (so you definitely need the selvedge!)

Cutting rayon bemberg
Sarah is a die-hard "cuts with scissors" devotee whereas I am fully in the rotary cutter camp.  I used my Dritz pattern weights to hold the fabric in place.  For most fabrics I would only put weights on the pattern but for this I put weights over the whole thing: the pattern and the parts of the fabric not covered by the pattern.  I used a fresh blade in my rotary cutter.  My cutting mat is getting pretty old and manky, which provided some grippy texture. And I only cut out my pieces on the rough cut, which meant not dealing with too much fabric on my cutting table.  For the back piece, I cut the rough cut down the middle into two pieces and then cut the backs out single layer. 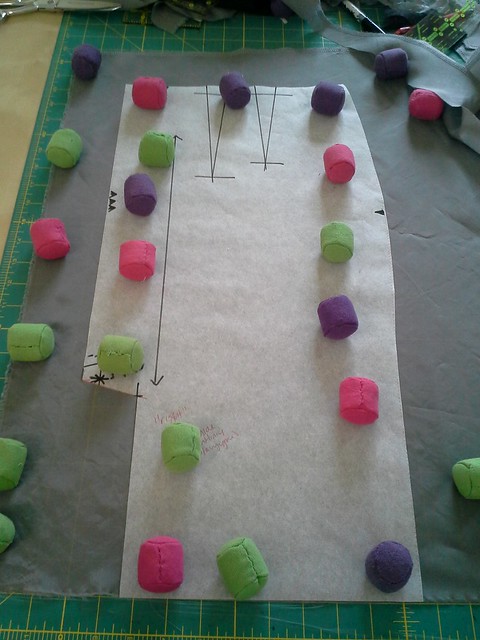 Marking rayon bemberg
Somehow I did not test marking implements and went straight for the tailors wax which was a mistake in retrospect because after pressing the wax marks were highly visible.  Next time I would use chalk.  Also when I was cutting the lining I was lost in TLo's podcast about what it's like to attend NYFW and marked the darts as if I was sewing them in, when I convert darts to pleats in lining.

Serging rayon bemberg
I decided to serge the raw edges of the cut lining pieces before sewing instead of sewing and then serging.  I had to reduce the DF on my serger, but sadly I did not write down the setting I used; it was one or two notches below N.  I used the regular needles in my serger and they seemed fine.

Sewing rayon bemberg
Again I took to IG, where Lynn told me to use a walking foot and a microtex needle, which worked like a charm!  It wasn't so bad to sew, actually.  Pretty straightforward.  I didn't have to overly wonder clip it  either.  I've been preferring wonder clips to pins lately.  I sewed some samples first and lowered the foot tension down to 1 and the bobbin tension down to 1.8 or so, to get the least-puckered seams. 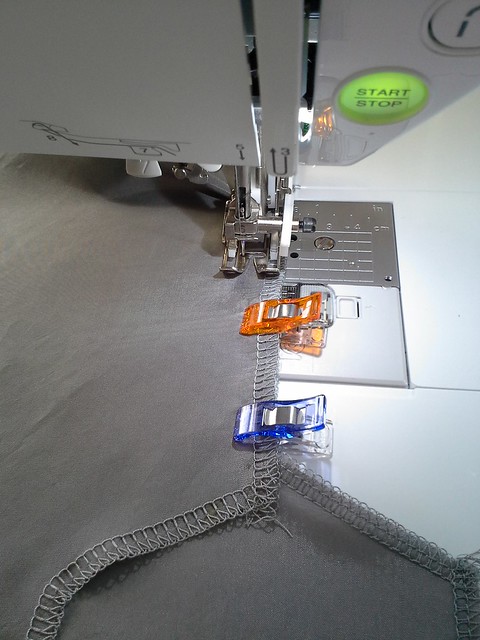 Sewing from where the zipper would end to the "dot" of the kick pleat, with my walking foot and microtex needle.

Next post
The pattern did not call for a lining so I had to draft my own....and also learn how to attach the lining to the kickpleat.  How did I do it?  Next post!