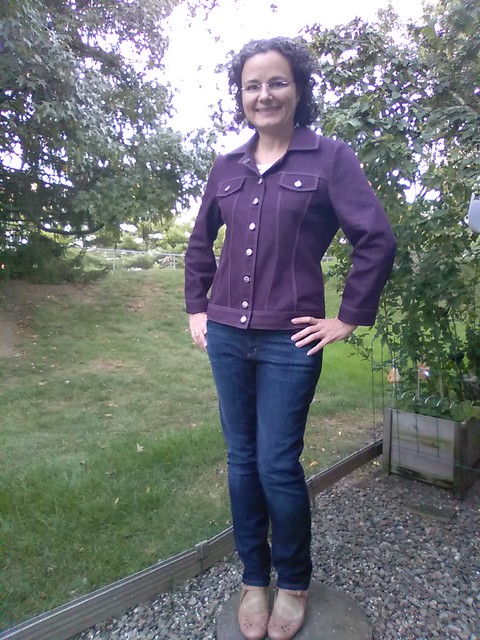 This has been a dream THREE YEARS in the making, and it has finally happened! 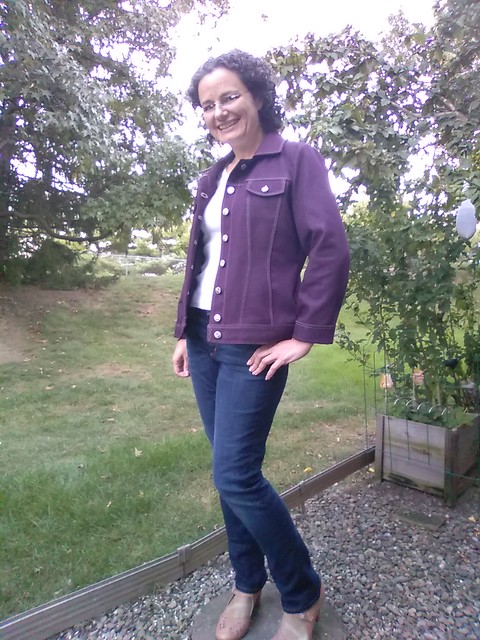 I sewed a jean jacket!!! 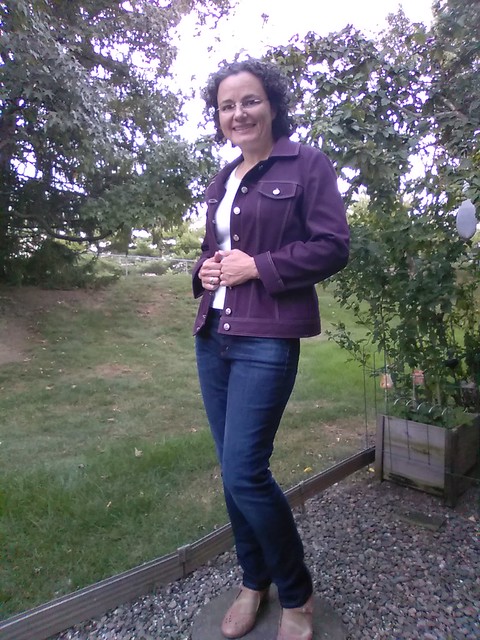 If you follow me on IG, you saw the progress of this jacket--thanks for cheering me along!! 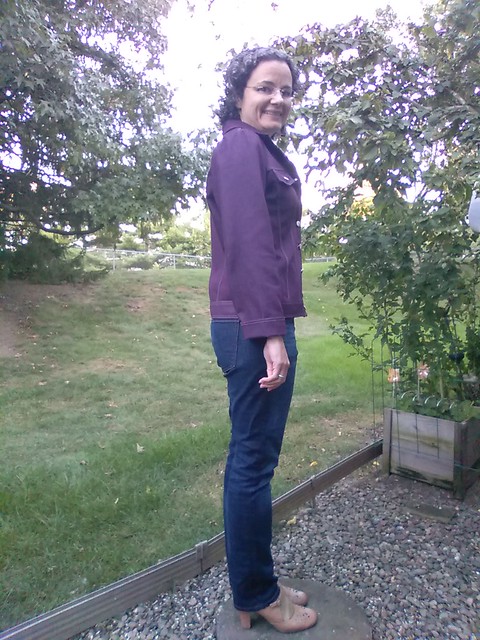 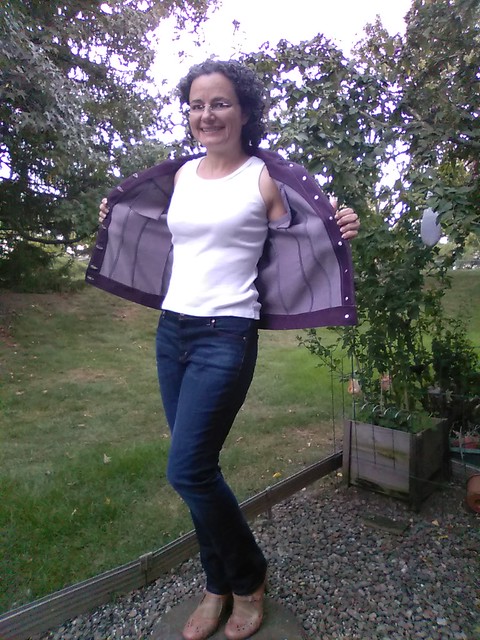 Three years ago I watched Janet Pray's "Sew Better, Sew Faster: Garment Industry Secrets" class.
I watched the 3.5 hour class from start to finish TWICE.
I took copious video notes the second time.
Because of that class, I use an Elna Press, Chakoners, and clapper. 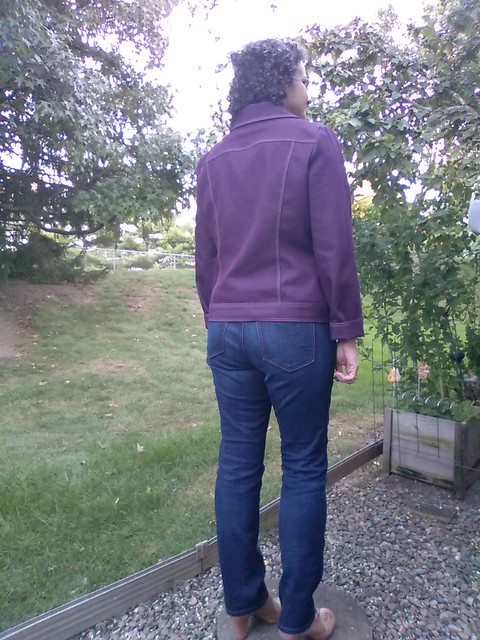 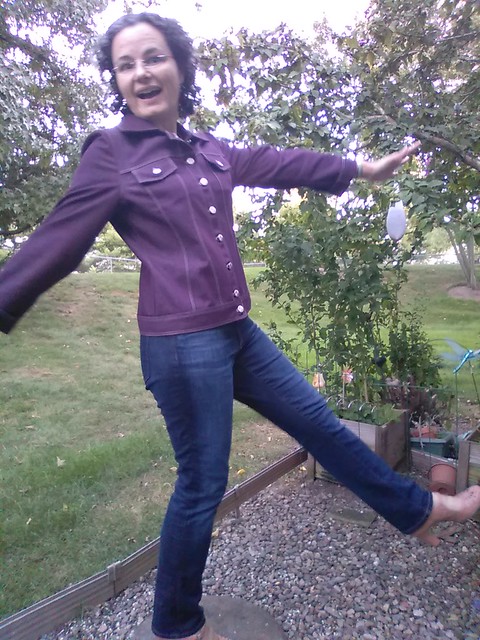 Cue the years of searching for the perfect red denim that doesn't stretch....no where to be found.  Janet's response to someone else's question about this was to use Google.  I emailed Craftsy asking them to sell the fabric--their response was that it is tricky to find.  Beth from SunnyGal made hers out of red denim tablecloth--I started trolling ebay for red denim tablecloths, none to be found.  Every visit to Kashi--do you have red denim?  No.  Every visit to Mood or any other fabric store--either they didn't have it or it wasn't quite right.  I ordered some red denim from the Mood site, it was way too thick/stiff.  Ordered some red denim from Nancy's Notions, it was too primary red.

In the meantime I bought the StyleArc Stacie jacket in size 12 in Feb of 2014--yes, the physical pattern, shipped all the way from Down Under.  I had previously made a knit shirt in size 12 and just felt like the jacket was going to fit.  The sample of fabric that came with the pattern stretches slightly so.... 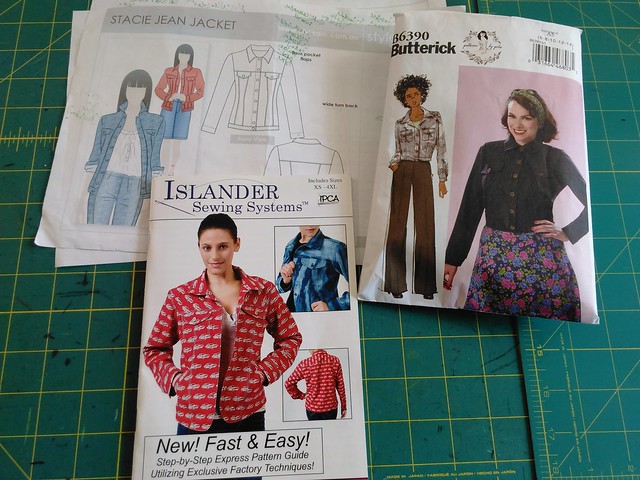 I had a 4 day weekend for Labor Day weekend this year and decided NOW is the time to sew the jacket.  Meanwhile, Gertie recently released her cropped jean jacket pattern and I was left to decide which pattern to choose, like the Jean Jacket version of House Hunters....cue the HH decision music....


So I visited my jean fabric stash.  Having recently done a reorg of VTL headquarters, I had all my stretch denim in one place and it was easy to go through.  I selected this dark eggplant/aubergine color in stretch denim.  It stretches ~15-20% on the crossgrain.  There was a short period of time where I labeled new fabric purchases, and this one was labeled as Pacific Denim from Haberman's, in Royal Oak, MI purchased in 2013.    It is the same denim I used for my red Jalie Eleonore jeans, just a different color.  Pacific Denim is still on the Fabric.com site, but not in this dark purple.  I had bought more of the red from Fabric.com after making the Eleonores, but somehow making the Eleonores made me not want a red denim jacket anymore! 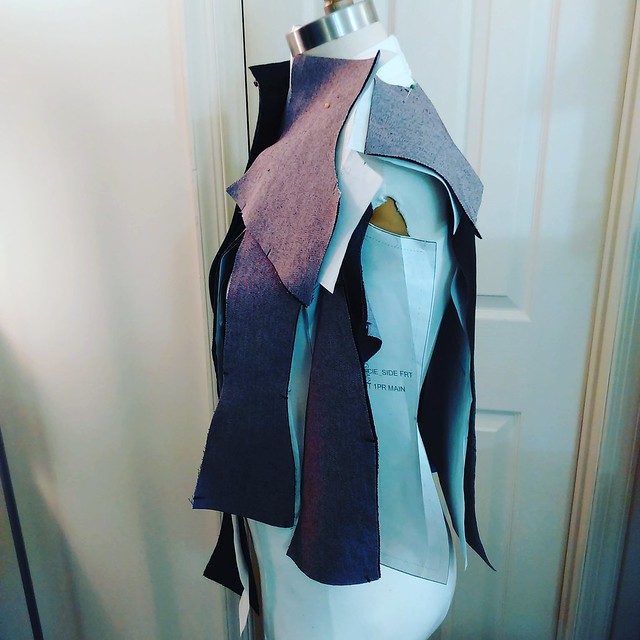 I love how the Style Arc pieces are all FULL pieces, so I don't need to trace patterns that are to be cut "on the fold" to make them full sized.    I washed and dried the fabric,  cut out all of the pieces and pinned the pattern pieces to my dress form as I cut them out.  This is so I don't lose any of the pieces and so that I don't cut out any smaller pieces from larger pieces somehow thinking they are scraps. 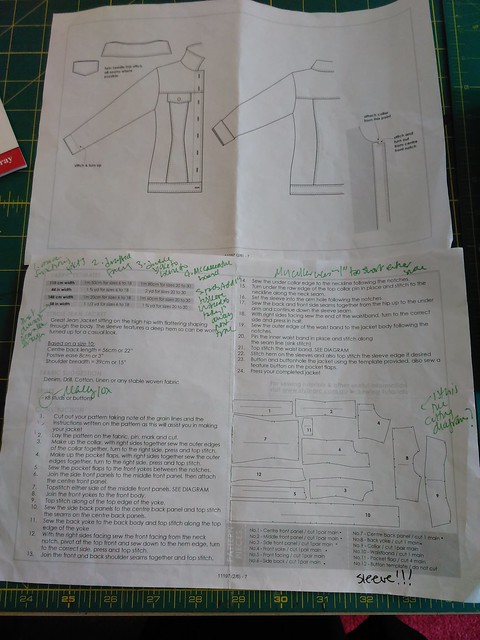 However the StyleArc directions are mega-minimalist (what you see above are ALL the instructions) so I mainly used Janet's class and the booklet that comes with her pattern to sew the jacket, as much as I could.  I watched some of her lessons for the third time for the parts I wasn't sure about.  For the bottom band, which Janet's jacket doesn't have, I used Gertie's instructions.

Also the StyleArc instructions say 8 buttons are needed but you really need 10 (their website seems to have been updated--it shows 10 but my pattern from 2014 said 8), the list of pattern pieces doesn't include the sleeve, and I think the amount of fabric the pattern calls for is too not enough.  I used almost 3 yards of almost 60" wide fabric, and did not have much left over.  That includes some samples I made, and I probably didn't maximize the layout, but still....

There were four modifications I made to this jacket: 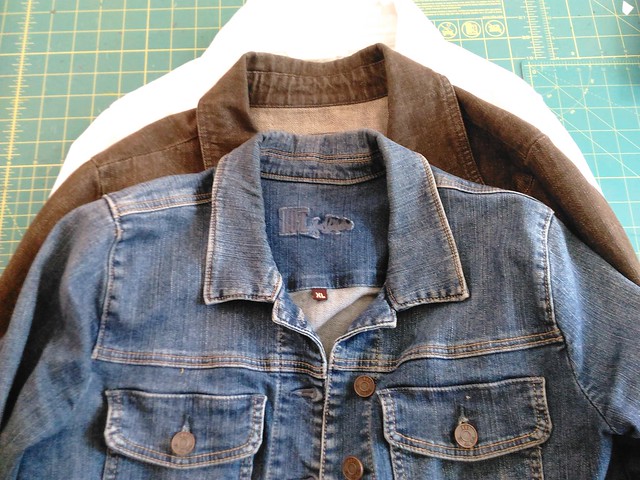 Also I got out my three RTW jean jackets and brought them to my sewing room so that I would have an easy reference. 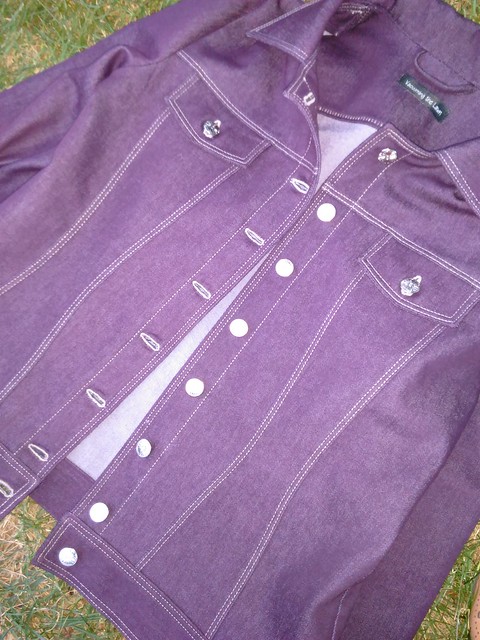 I have so much to say about the construction of this jacket, I'm going to break it up into a few posts which will have close-ups: 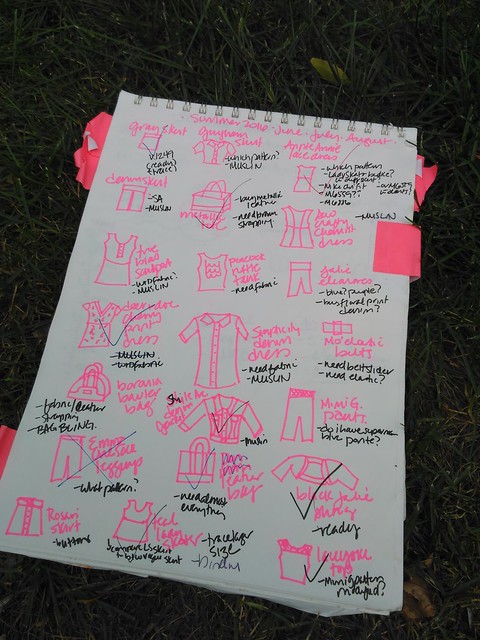 This is piece #9 in my #summersewingdreams series.  Fall officially begins this Thursday, so the official tally is I sewed up 9 pieces from my list this summer, (all blogged except for one bag and one dress), decided I didn't want to sew one piece after all, and I sewed one item (the cold shoulder shirt) that wasn't on the list.  Hurray for dreams turning into reality! 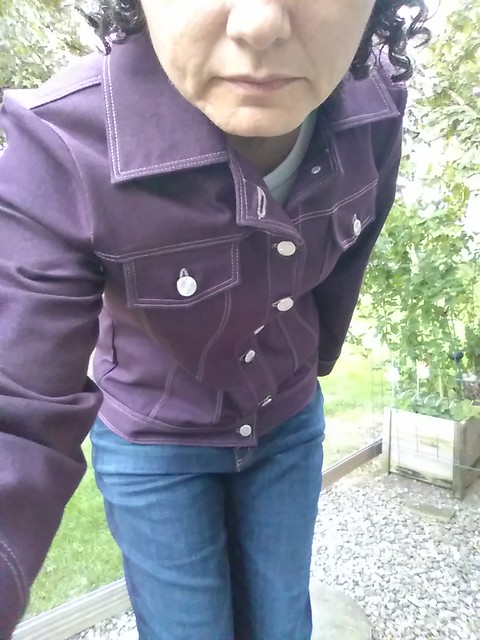