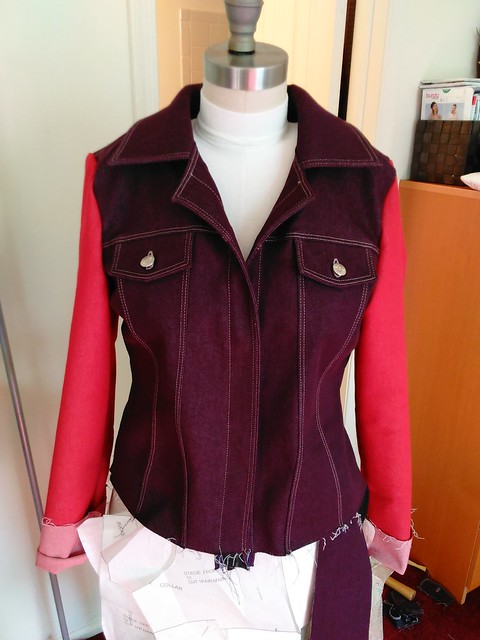 Thank you for all your kind comments about my jacket!

Confession:  I did not make a muslin before starting my #epicjeanjacket, the Style Arc Stacie.  I had sewn a StyleArc knit top several years ago in size 12 and it fit very well, except for the sleeves which were a bit tight in the bicep.  So, I was feeling pretty confident that the jean jacket would fit me, but when I wrapped the paper sleeve pattern around my bicep, it seemed like it was going to be too small.  Of course, my fabric has 15-20% stretch and paper has 0% stretch, so I decided to just test out the sleeve.

My fabric is Pacific Denim, and while I did not have enough purple to cut out two sets of sleeves, I did have some of the exact same denim in red, which I had ordered from Fabric.com. I cut out the red sleeves from the straight 12, and basted them into my purple jacket.

I tried it on with a shrug, as that would be the most likely way I would wear the jacket, over a sleeveless dress with a shrug, and the sleeves around the bicep were FINE!!

At this point, I decided to check the sleeve length.  I totally misunderstood what was going to happen in the cuff area, and I wound up taking an inch out of the length of the purple sleeves because of this misunderstanding.  Of course when it came time to actually sew the "cuff", I finally understood what was supposed to happen, and in actuality I could have added an inch to the sleeve length.  Oh well!

So the "cuff" isn't a real cuff, it's basically a really long sleeve that has a 3.5" hem.  This means you can turn the end of the sleeves up and it creates the look of the cuff.  The fold line on the pattern is the fold line for the HEM, not for turning it up after hemming.  So, hem it at 3.5" and then turn it up. 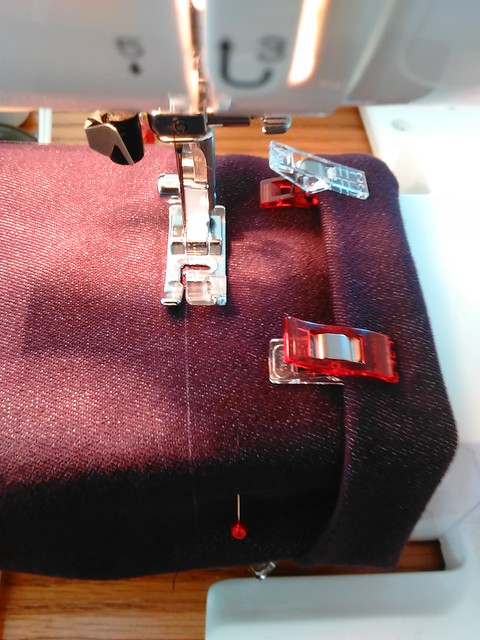 Because the hem is so long, and it is in an area where the sleeve is really narrow, I took my very first BabyLock sewing machine out of the closet because it has the narrowest free arm out of all my machines.  I had to turn up the sleeve a bit too to be able to stitch the hem.  I used my white Chakoner to draw the line for the hem.  I did not sew in the round because I wanted to see my stitching on the outside of the jacket.  I stitched this part in purple though, so it does all blend in.  I guess I could have stitched in the round after all, but I didn't. 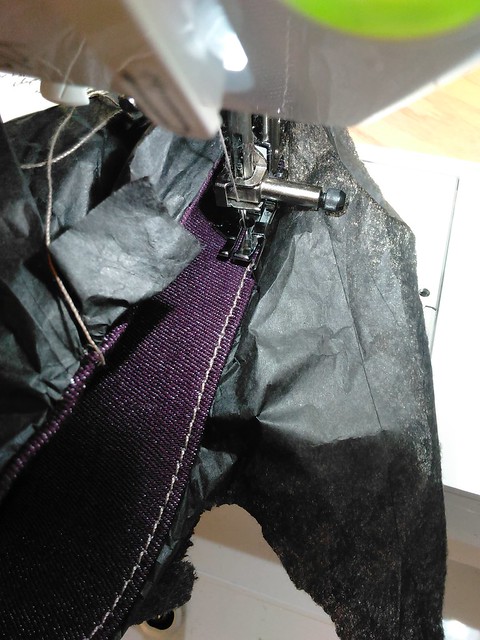 Next time I would interface this whole area (all 3.5" x 2 = 7") so that the cuff would be more sturdy.  It also would make topstitching way easier.  Since my fabric has crosswise stretch, I had to put tissue paper underneath the cuff so that it wouldn't stretch while stitching.  Tissue paper would have been unnecessary if I had interfaced!!

I also felt the topstitching looked better on the interfaced parts of the jacket than it did on the non-interfaced cuffs. 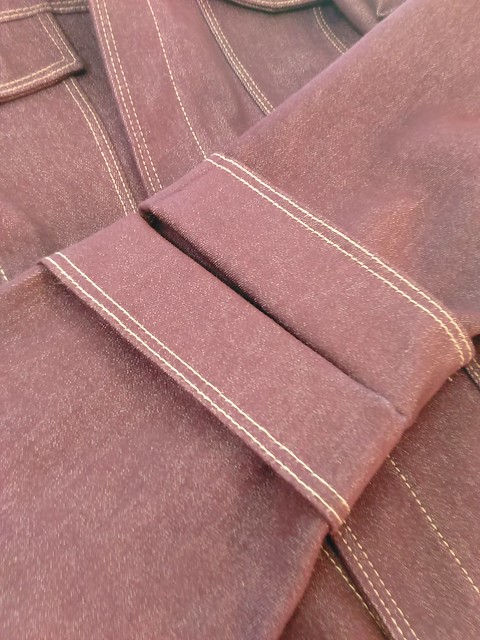 So, next time I will talk about the buttonholes and the jean shank buttons. 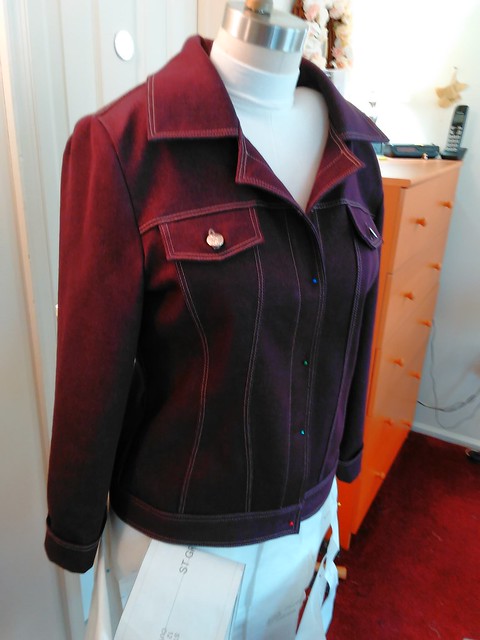 The last photo before buttonholes and jean shank buttons! 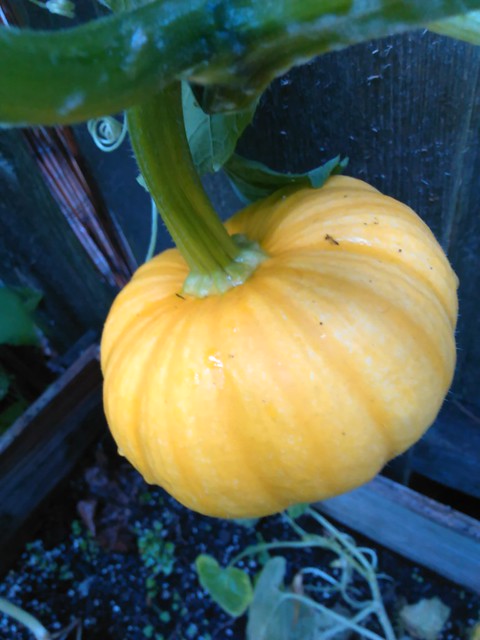 This is going to be my largest #pumkinette ever!!!  As long as nothing eats it.  Check out that stem!!