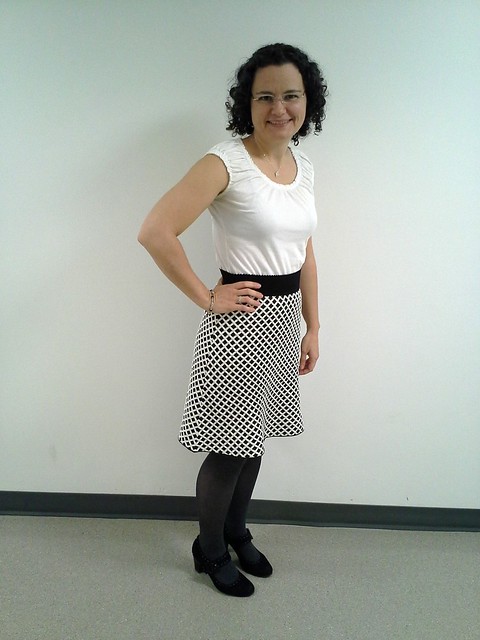 Darlings, I'm not sure how many more of these NL 6843 skirts you can take, but here's another one. 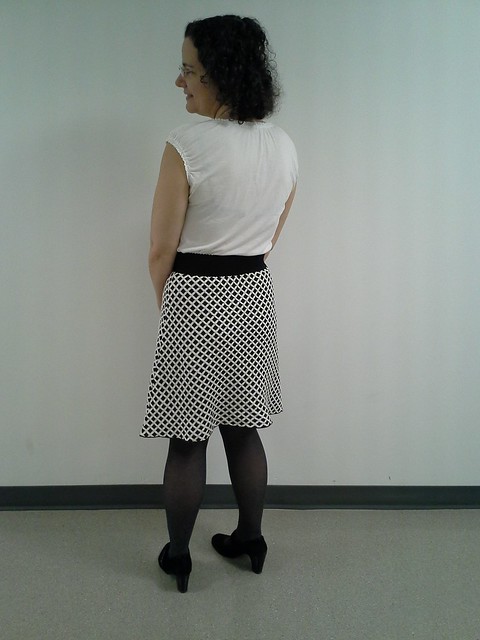 The fabric is the other one of the two black and white knits I purchased at Paron's at the end of Sept with ATP. 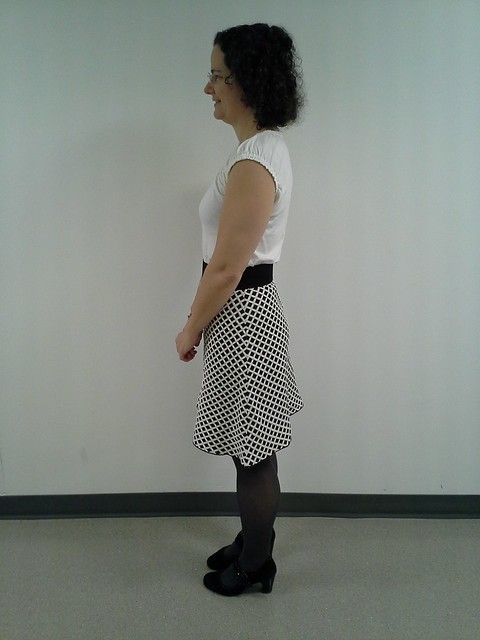 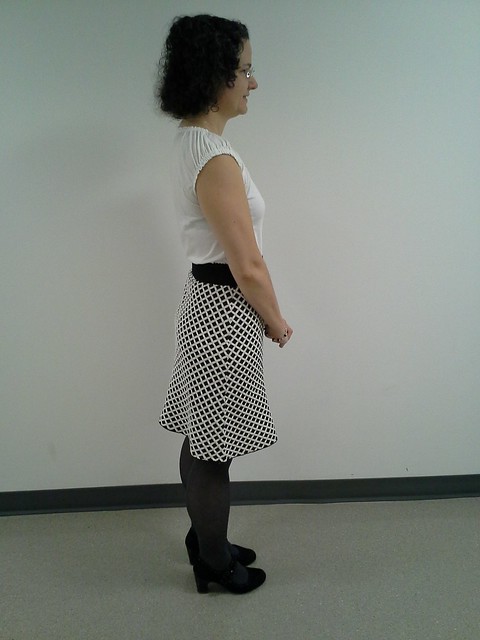 I wound up cutting it on the bias for interest, but this did make me feel a bit nauseous.  Ha ha. 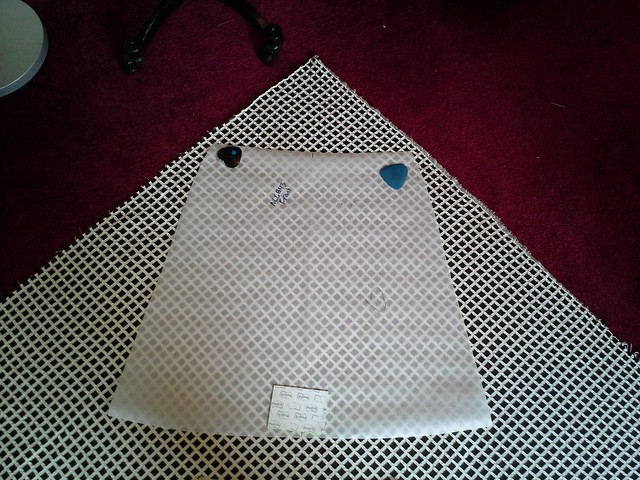 I haven't cut anything on the floor in a LONG time (like years) but this was the fast (and lazy) way for me to cut this out.  It was also a long time since I cut out fabric with scissors instead of my rotary cutter.

As far as hemming, I went with the 3 thread rolled hem.  Note to self: you, um, have to remove that left needle for the 3 thread rolled hem to look good--otherwise the serger is trying to loop around that left, threadless needle and the smaller the stitch width is, the worse it looks.  Sure, it's fine at a stitch length of 2, but anything smaller than that and it's not good.

I stabilized the hem with woven fusible interfacing.

This is what it looked like after one pass on the serger: 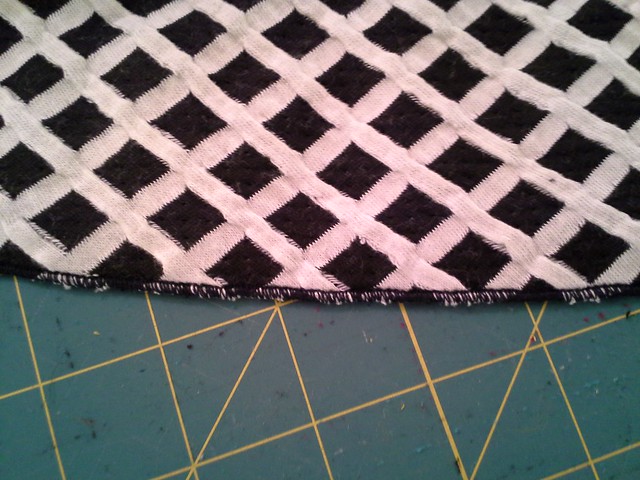 So I went around a second time to fill it in a bit more: 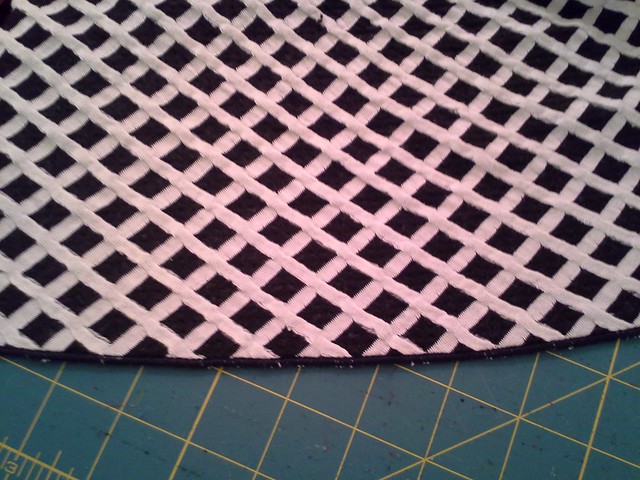 I might actually Sharpie marker the rest of those white spots out.  Did you know they make a Sharpie marker specifically for marking clothes?  Yes, they do! 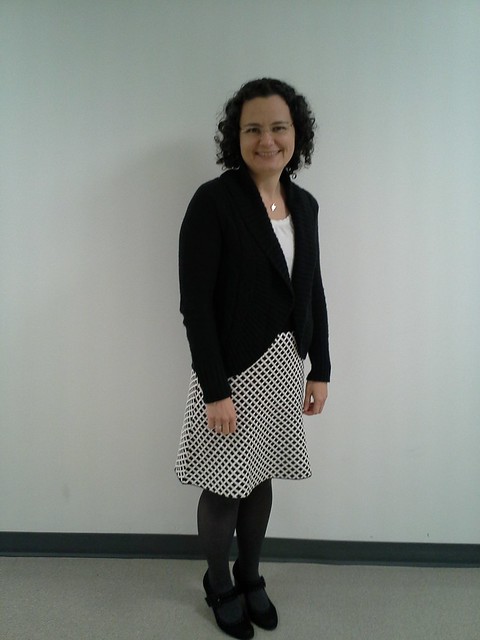 My coworker was right; the basement of our office had the perfect backdrop with its white, black, and gray lines. 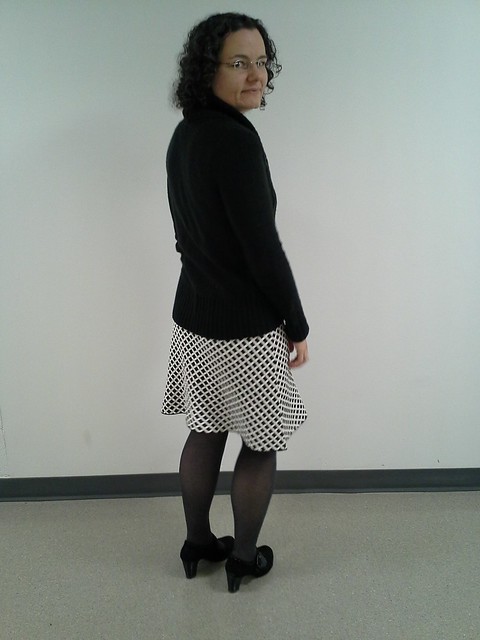 I wore it with a cardi last week. 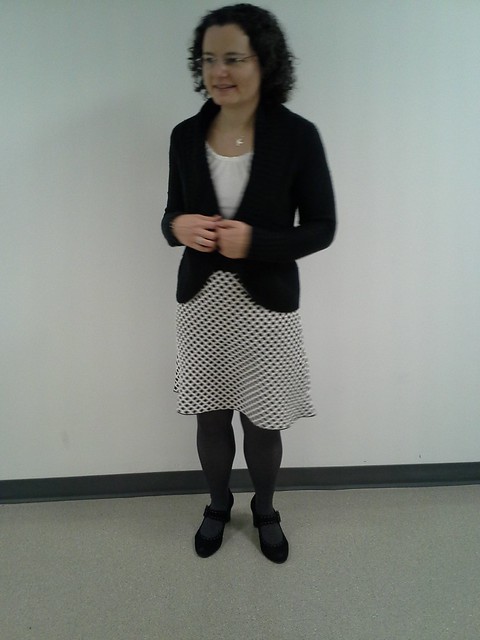 The oops shot. I was trying to decide how to pose next when she took the picture. 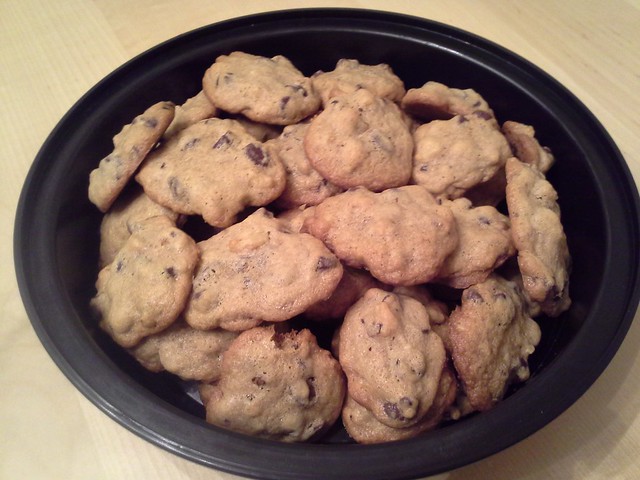 I wish you could smell this.

I did not sew last weekend because I read a novel and baked for the office Thanksgiving potluck. We have our potluck two Mondays before TG because a lot of people take the week of TG off, and this year that includes ME!

I make my cookies from scratch, using real butter, real sugar, real eggs, real vanilla extract...and almost twice as many walnuts as the Toll House recipe calls for.  I had not baked in a long time because of my huge work project and my coworkers were definitely appreciative.   My dessert was the first dessert to be completely eaten--all gone by the end of the afternoon.