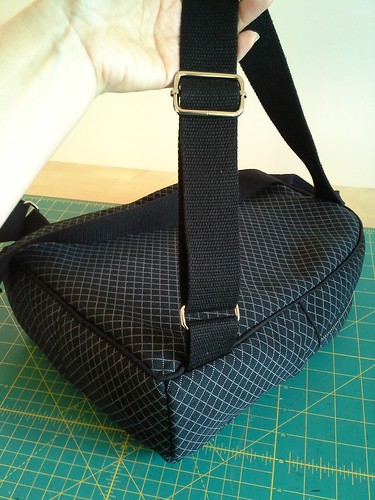 I love the enthusiasm you are showing for my new backpack--I am enthusiastic about it too!!!

The Butterick 6072 has you make your own straps, and use no hardware.  That means the straps are not adjustable.  Instead, I raided my stash and found this 1.5" wide super sturdy and official feeling strapping from Pacific Trimming, and then bought the rectangle rings and sliders in nickel finish from this shop on etsy.

The Butterick directions have you sew the strap to the bottom of the bag, but I consulted 3 RTW backpacks and they all had the straps sewn on an angle to the side of the bag, so that is what I did (as show in the pic above). 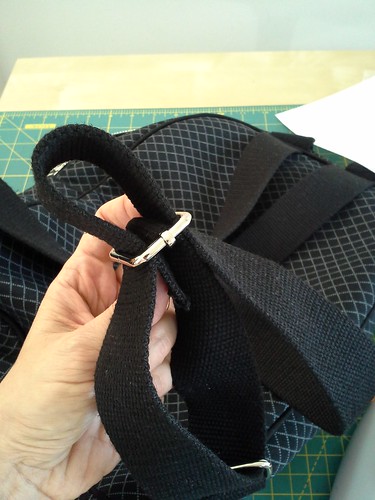 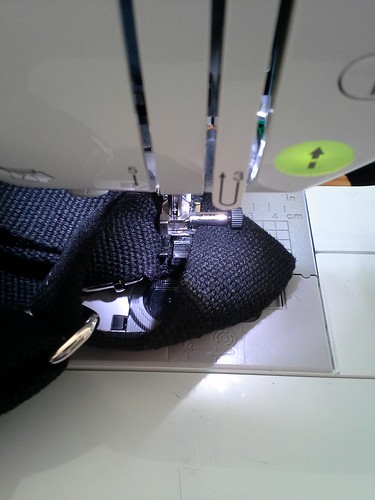 You can't tell what's really going on in the above pic because the strap is folding over but I am sewing the end of the strap to itself after threading it through the slider.

The directions also have you make a loop for the top of the bag, so you can hang it in a locker, and then sew it to the space between the straps.  My 3 RTW backpacks all had handles, so I made one out of 1.5" strapping, also in stash, also from Pacific Trimming.

I folded the lengthwise edges together and used Wonder Tape to secure, then sewed it down.

I sewed the handle over the straps for balance and to make the handle functional.  That way I could carry the backpack by the handle if I wanted to instead of using the straps. 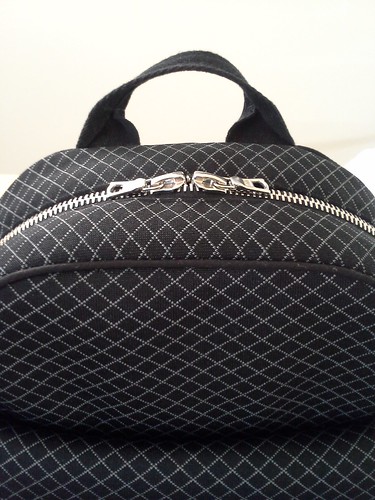 If you are curious, I sewed the straps on top  first, then the piping, then the handle. 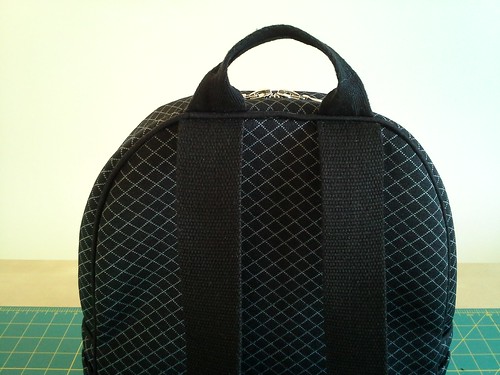 But on the side I sewed the piping first and then the strapping. 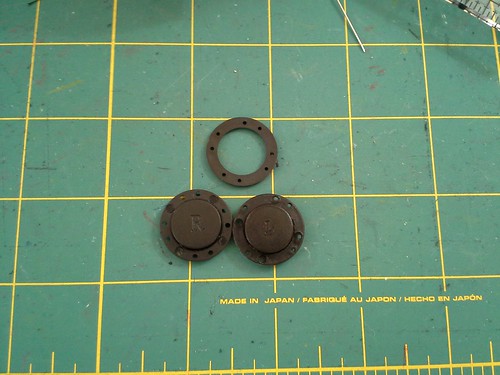 The Butterick directions call for velcro on the zipper flap but I don't like the attention-grabbing sound velcro makes when I'm in a quiet room, so I went for magnetic closure.

I bought the magnets (above)  on Pacific Trimming.com, but by the time I realized that hey, these are probably supposed to be invisible magnets that should have been sewn between the layers, that ship had already sailed, and even I, perfectionist that I am, wasn't going to undo what I had already sewn to insert them.

I also don't know what that extra ring is for? 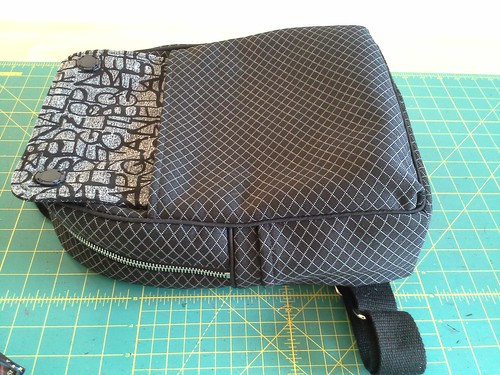 I sewed the magnets on the inside of the corner of each flap, but did not sew through the front of the flap.  I then sewed the other half of the closure to the inside of the pocket, which was a total pain.   If I had x-ray vision, it would have made that task easier.  Ooph. 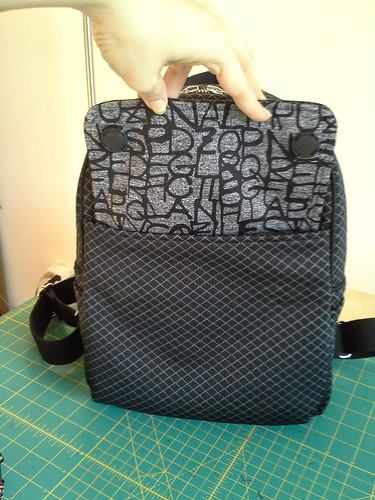 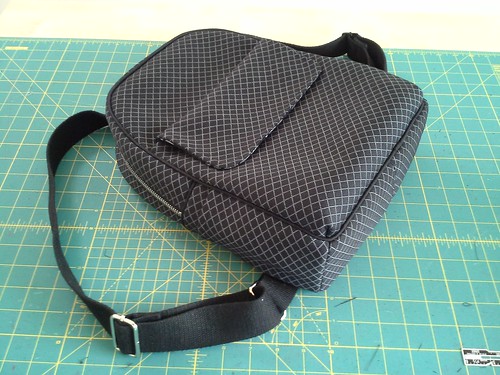 But it totally works!

This week I will post the final wrap-up post for the bag.  It is done and I am going to use it tmw!! 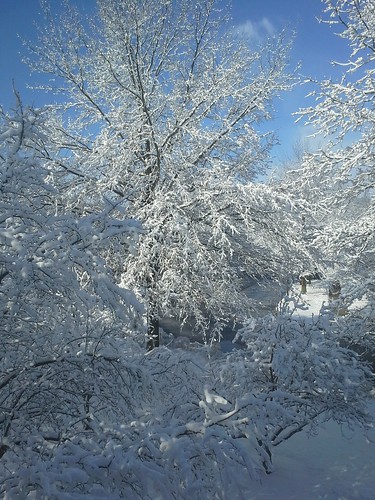 This may possibly be my most favorite snow picture I have ever taken. That was the scene from my sewing room yesterday morning. Can you believe, the snow is all gone (except for snow pile remnants).