Butterick 5559 view B done, plus catsitting!

Thanks again for your wishes about my health, esp KID, MD!   I might very well take all the pix of my films and post them on flicker for your review!

Last night I started Butterick 5559 view B.  I spent most of today working on it and I think it's finished! 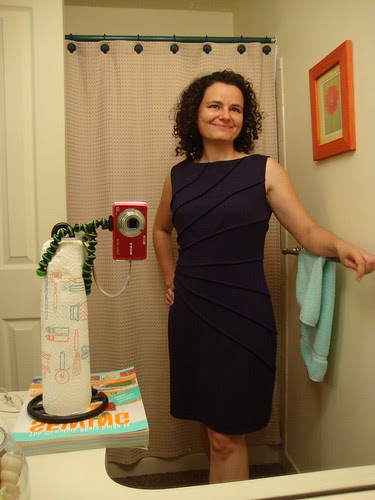 AmandaS also made this dress, but in winter white.   Check out her version here.


Here's the pattern envelope.  Instantly I could tell those sleeves would be too tight for my biceps.  So I made the sleeveless view B. 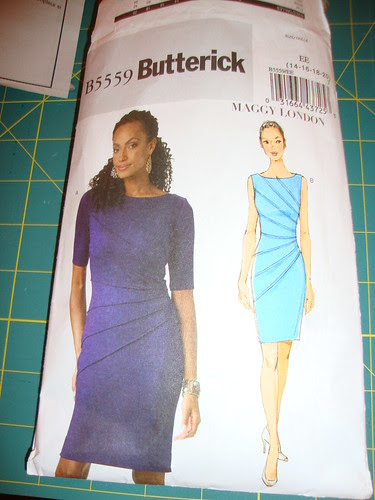 This dress has a lot of tucks, and some tucks have darts underneath them.  I read reviews on Pattern Review that said to make sure to carefully trace the darts and tucks.  That is true; otherwise they won't line up on the side seams.

Here's my left side; they mostly line up. 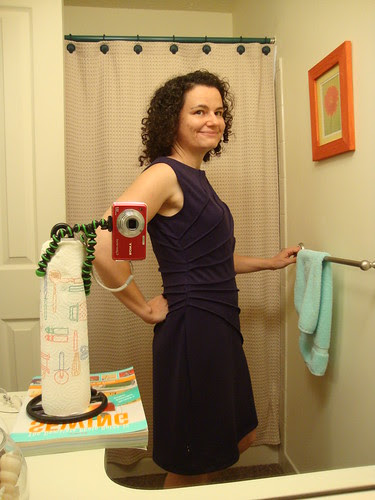 And my right side; they line up except the top one under the armhole.  That's because I wound up taking a triangle out of  the armhole down to the bust (on both sides, actually). 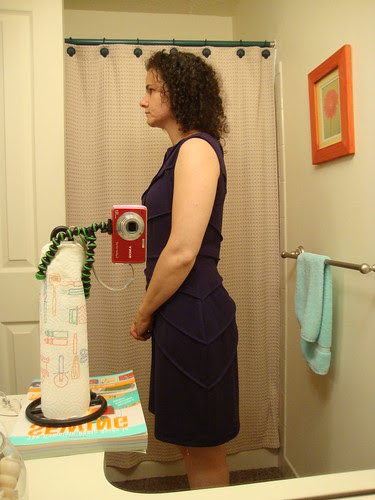 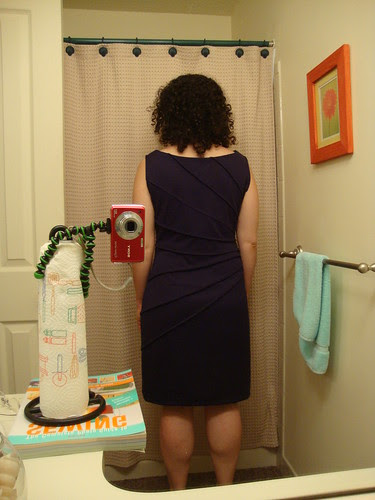 on emma, back.  Actually I sewed down one tuck in the back almost all the way across to see what it would look like.  If you look carefully, you can see it.  I will unpick that. 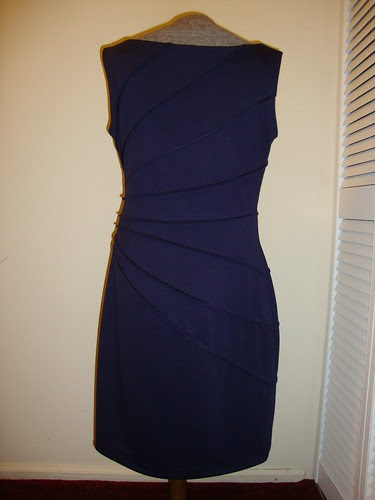 But just as cool are the inside of the tucks, as I realized when I turned the dress inside out last night as I was working on it.   The tucks are supposed to be ironed down but they don't seem to stay down; if that annoys you, sewing the tucks to the inside is a neat effect: 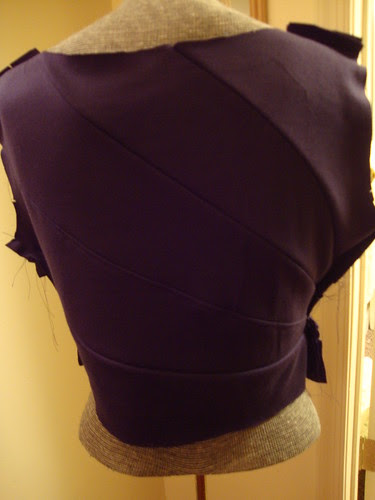 I am catsitting chez moi.  Here's Viktor, also known as Buddy, or my fuzzy therapist: 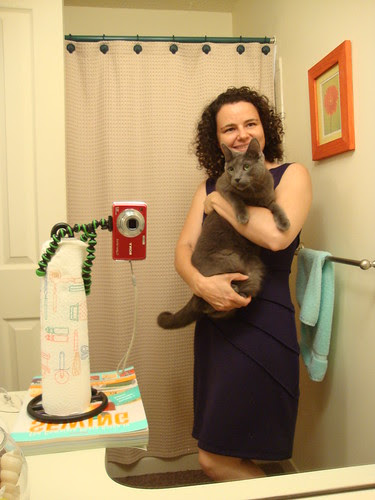 He has already perused my fabric stash: 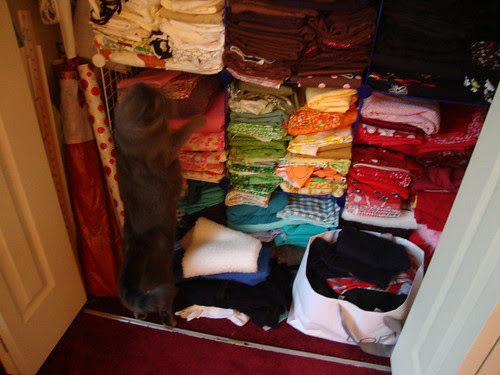 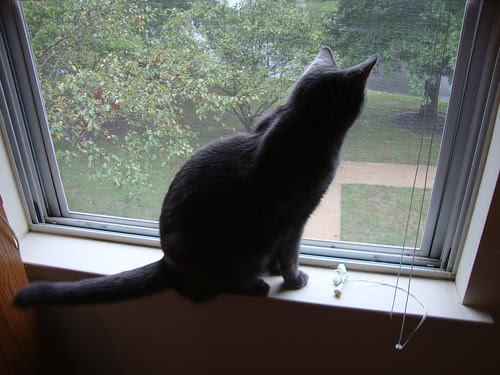 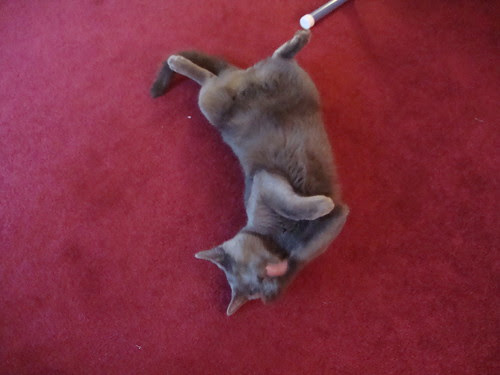 and then taking a nap, half on the ironing board and half on the cutting table.  Looks comfy! 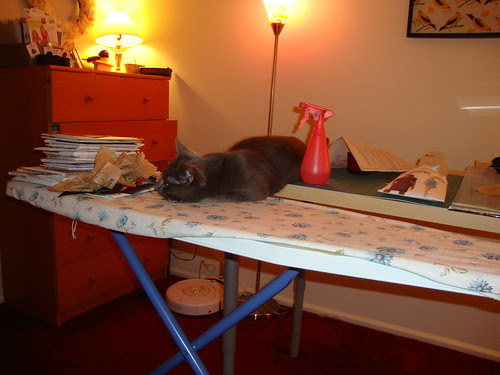