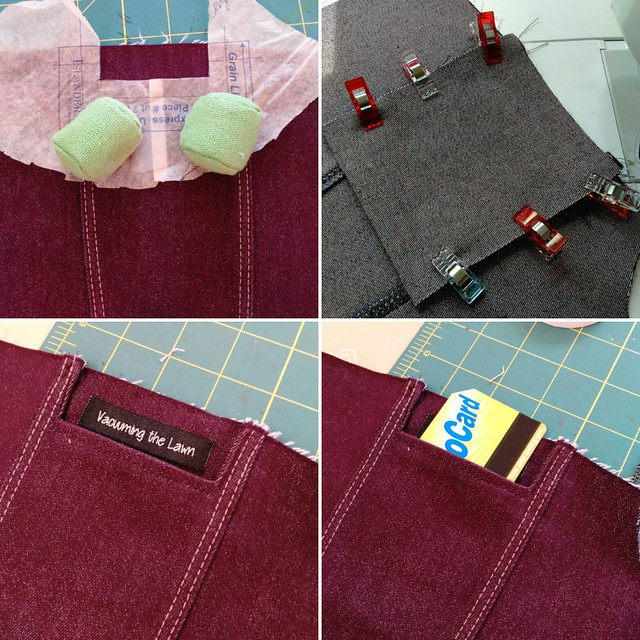 Thank you for your comments on the topstitching post for the #epicjeanjacket--I know that was a long one; congratulations if you read the whole post!!!

I was surprised that the StyleArc Stacie jean jacket pattern had faux pocket flaps instead of real ones, and since I like using jacket pockets I decided to add my own.   Initially I wasn't sure how to do that, but I ultimately got the idea to take the pocket facing that comes with the Islander jean jacket pattern and extend it to create a pocket bag, much like how an interior zipper pocket is constructed.

First, I folded out some of the facing width (as the Islander pattern pocket flap is larger than the Stacie pocket flap), and I wanted the pocket opening to fit between my existing topstitching. 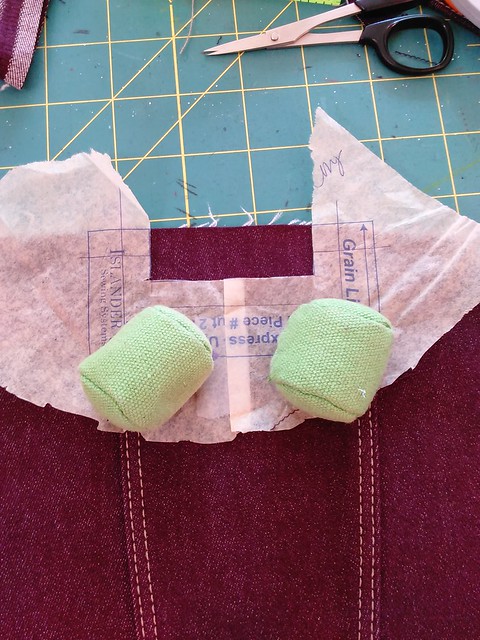 I then cut out that space above, and sewed on the extended facing, RS together.  Turned RS out and then topstitched the facing in purple 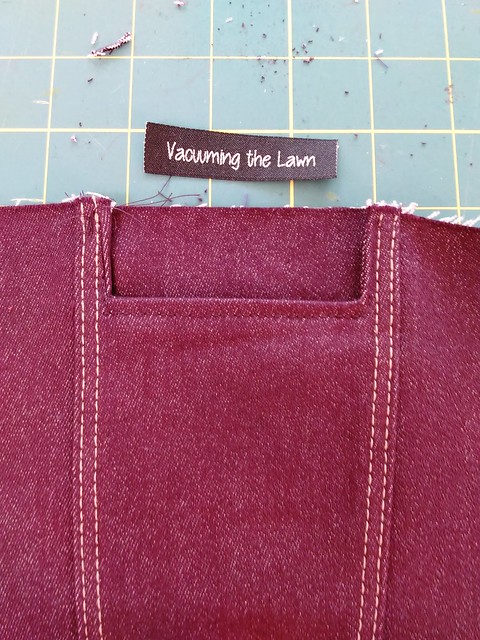 Then I folded the pocket bag to create the pocket. 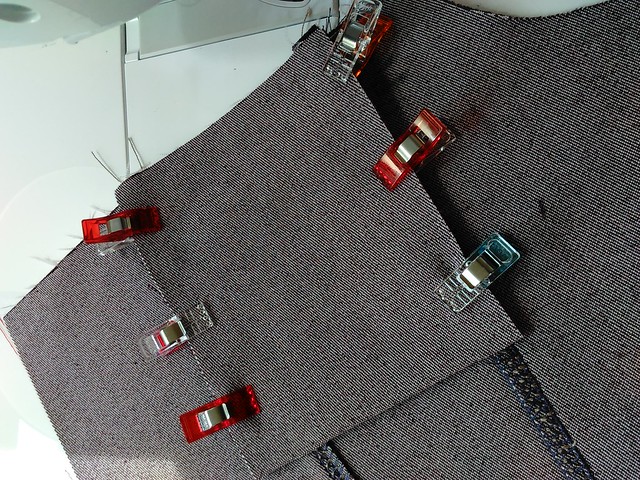 Then I serged the pocket together--without sewing it to anything else!  :)

I added my label as a little joke to myself. 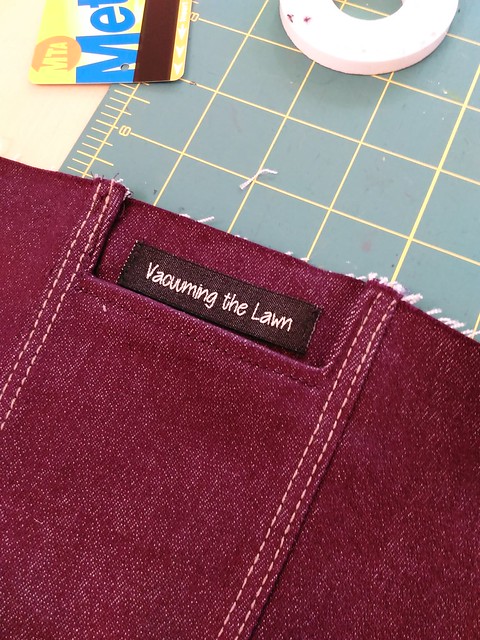 My MetroCard fits in there perfectly!  I forgot it was in there and accidentally ironed it, but I used my MetroCard this past weekend and it still works! 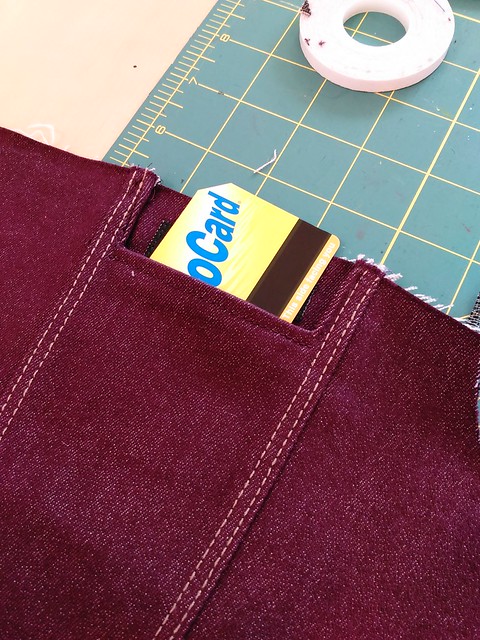 I'm going to cover the buttonholes and jean shank buttons in a later post. For now, I'll say that these buttonholes use the real jean topstitching thread on top and regular purple Coats & Clark thread in the bobbin. 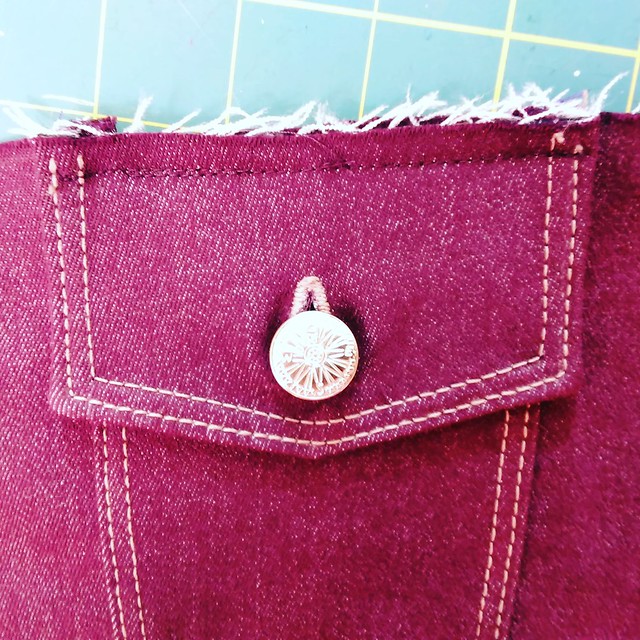 That's a little compass on each jean shank button--I made sure to have North pointing up on each one.

Next post:  the sleeve and the construction of the "cuff".