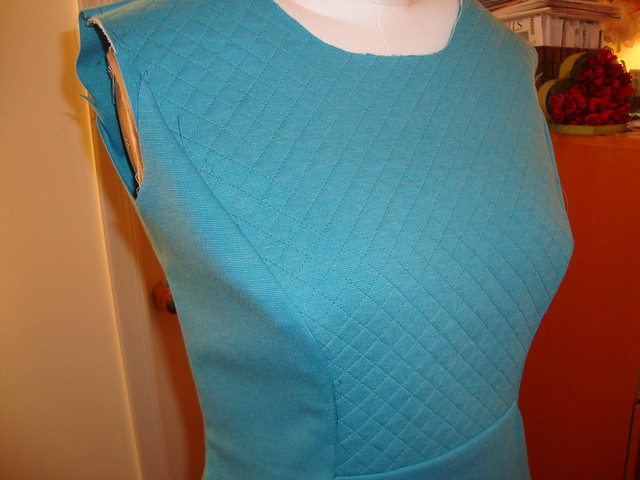 It's the first day of my vacation week, which means I binged on sewing today.

I worked on S1314.  I made a muslin a few days ago from black ponte in a 14, but it was too large overall.  So today I cut the real deal out of a 12 in turquoise (after all that voting and indecision, I think I'm going to make both versions--one in all turquoise and one in black with the gray topstitching, even though Lynn left a comment that it reminds her of a potholder.  That one I'm definitely calling my "potholder dress".  :) .

Here's where I'm at.  This one is a 12, with an 8 at the shoulder all pieces cut out single layer.   Most seams are just basted, and I have a few fitting issues to work out.  I really want to wear this to the ASE, so I probably need another 5 to 7 hours tmw to work on it and finish it off.  I'm on a little trip Monday and most of Tuesday, but I'll have some time on Tuesday night for last minute finishing touches if I need it. 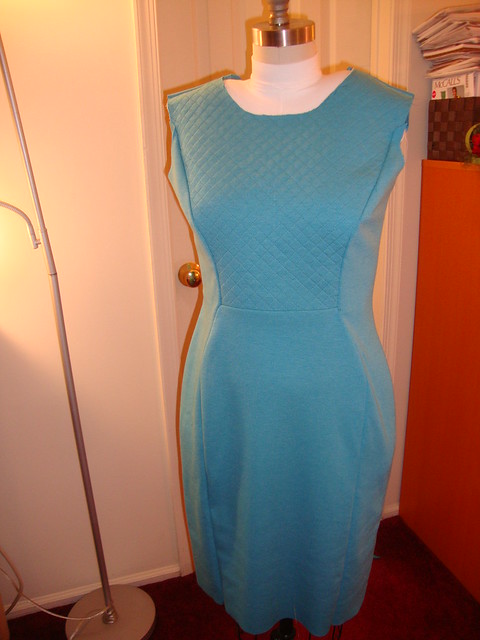 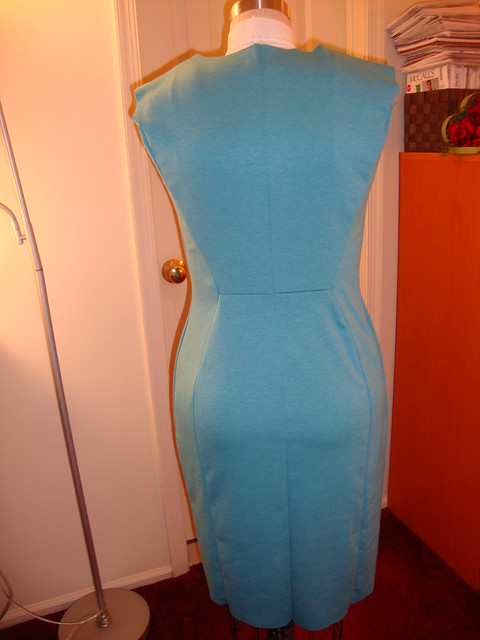 I wrote out my list of issues to fix--it looks better on Izzy than it does on me; now I need to figure out the order.

I'm thinking I might quilt the lower front panel too.

I wound up quilting the upper front panel with a layer of flannel.  The batting was shifty and I don't have time for shifty. 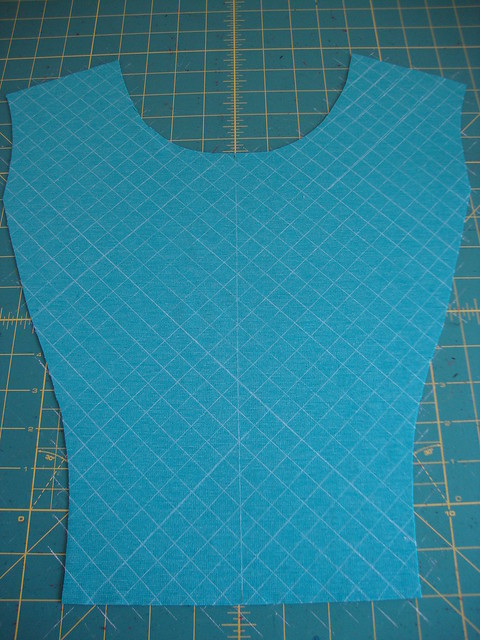 I used my chakoner to mark the lines.  I drew that CF line when I was done because I thought the diagonal lines looked askew and didn't cross through CF but it's actually ok. 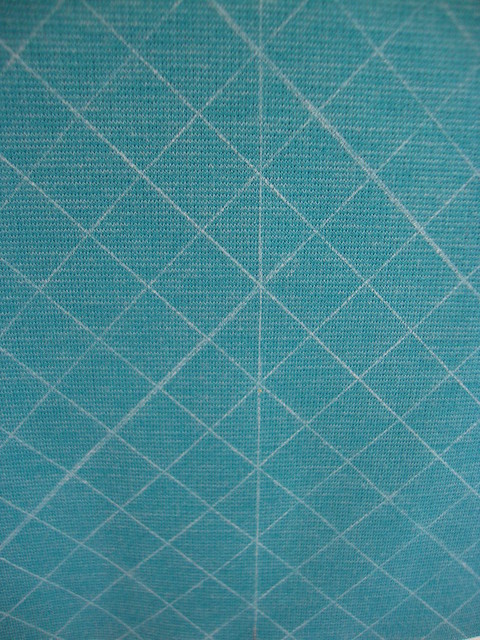 Not askew
Here's when only one direction was quilted 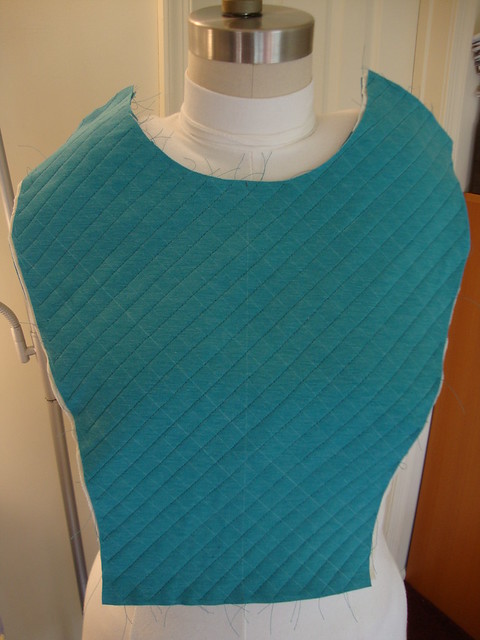 And then both directions: 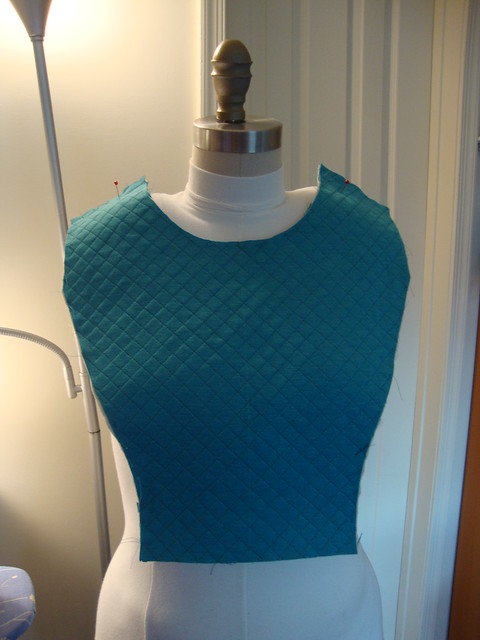 I'm not a quilter so I have no idea how this was officially supposed to be done but it's good enough for my untrained eye. 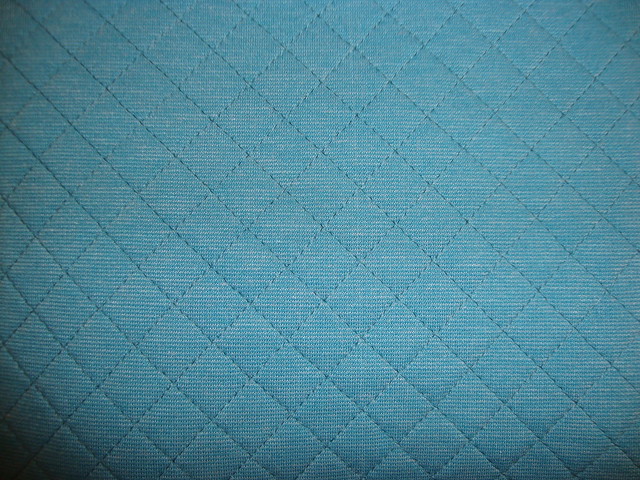 Ha, I can see the CF chakoner line I drew--it will disappear, eventually....

My sewjo is on fire--so many things I want to make or tell you about or show you that I recently made.  I have the next 6 blog posts written in my head, which is totally unusual for me.  Normally I post as I sew things.

It's been a while since I've shown you some flowers; here were last week's PFM flowers: 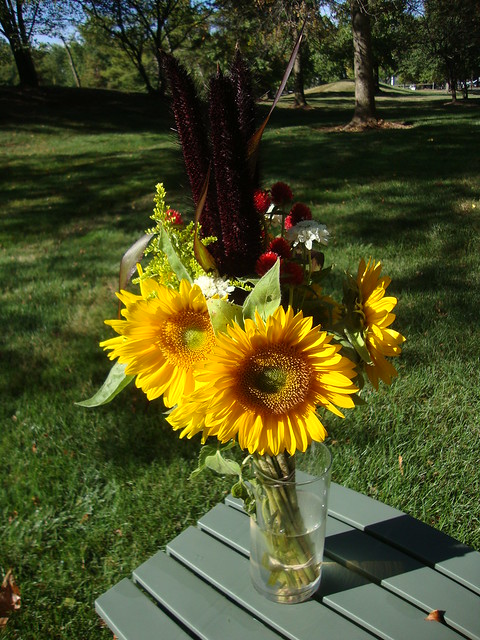 The brown things in the center are millet; they smell like maple syrup--mmmm!