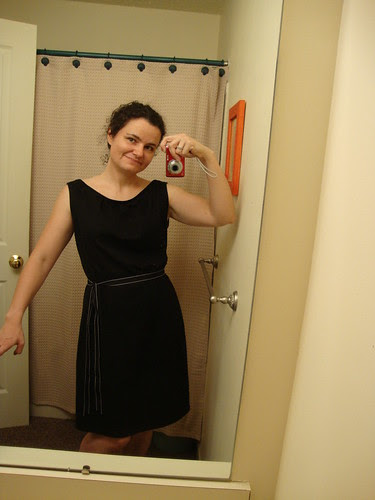 So I have this rule that I don't sew after work.
Tonight I got home at 5:05. I don't remember the last time I got home that early.
I was itching to sew.
I decided to vow to be like Mary Nanna, acknowledging it might not work out. I shouldn't get upset. I know what I'm getting myself into.

3.5 hours later, I'm done and it looks pretty decent, but it had a bumpy start: 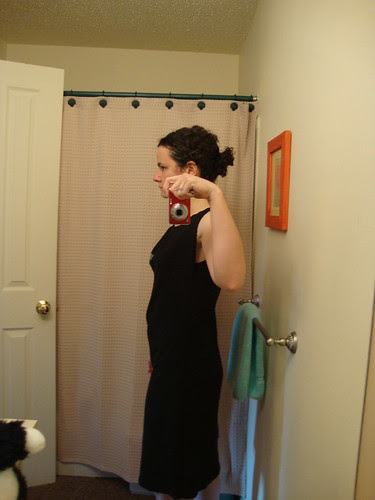 All sorts of bumpiness there. I had cut the 16 on the sides and armholes; 12 at the shoulder and 14 at the neckline, but sewed the 14 down the sides. It was pulling across my hips in front, with something weird going on in the back, even though I did a swayback adjustment: 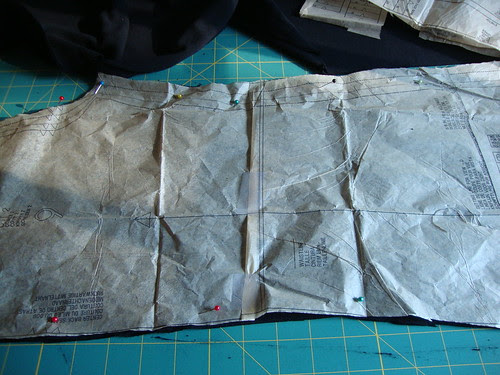 Oh, and I cut it out with my rotary cutter, since I couldn't find my sewing scissors. So it was a bit of a hack job. I have not gotten the hang of using the rotary cutter.

I wound up sewing a 14 in the chest grading out to 16 at the waist, and reducing the center back seam to 3/8 starting at the waist down. That seemed to take care of a lot of the pulling.

I decided to go sleeveless and just folded the armholes over and stitched them down.
For the neckline, it is gathered in the front as per the instructions, but I applied the band by folding the neckband in half, stitching to the front, then topstitching it down (except for the part where it's gathered).

I then used a ribbon that came with a store bought shirt as a belt, and pulled the fabric up over the belt slightly, kind of like my SATC2 dress.

I twin needle stitched the hem. 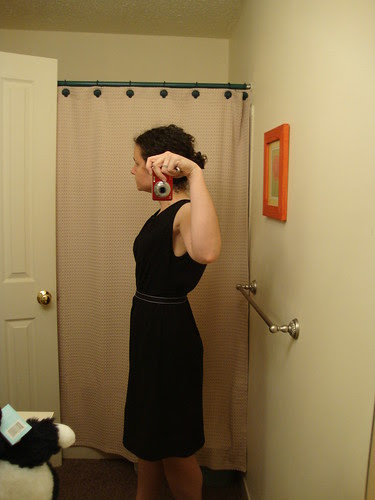 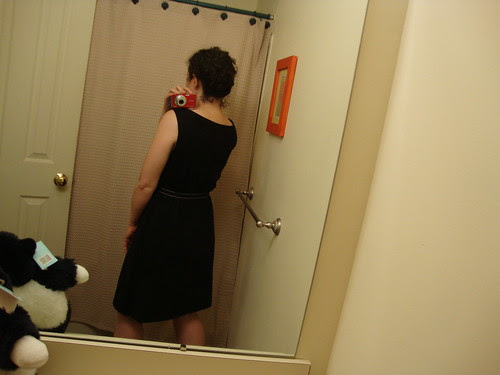 So the neckline is a little wonky, but is anyone besides a sewist going to notice? 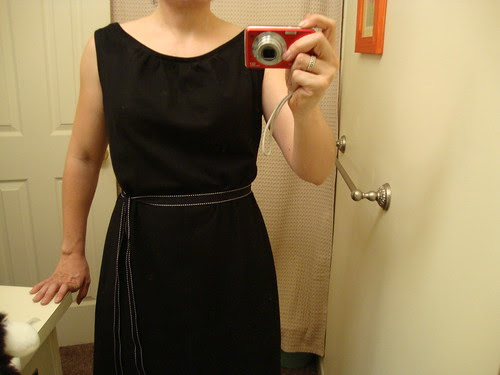 It's done! Oh, and I finally turned my air conditioning on in my house for the first time this year. That's the longest I've waited to turn it on. About half way through this dress, I cracked!

There is talk of SPR weekend being in Chicago next year. I totally vote for that!