Previously on Vacuuming the Lawn, I blogged about day 1 and day 2 of the American Sewing Expo.

Day 3
My first class of the day wasn't til 9:45, thank goodness! Finally a chance to sleep in a little and not rush. I had taken this class last year but felt I needed a refresher. It was about the hinge and pivot method of pattern alteration.
Then at 11 I went to Angela Wolf's class about t-shirt construction and collar variations which I totally need to try out sometime.
Then it was time to meet up with Lynnelle from You Sew, Girl! 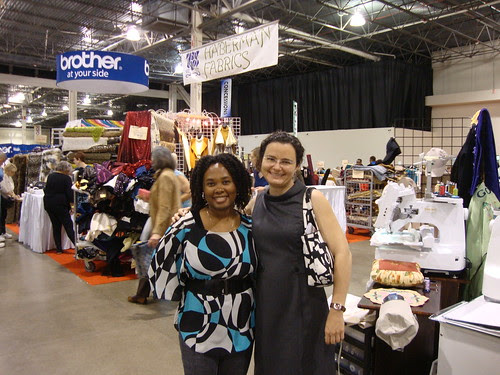 So awesome to see her again, and to meet her friend who used to sew then one day gave away her fabric stash and donated her sewing machine. Can you imagine?

We had lunch and walked the vendor floor. I picked up, ahem, some more elastic and a pair of Kai scissors. I restrained myself from buying any fabric at all, even though I was enthusiastically encouraged to buy some!   I visited the pink double knit fabric at Vogue.  I will place an order with the vogue fabrics website, methinks. 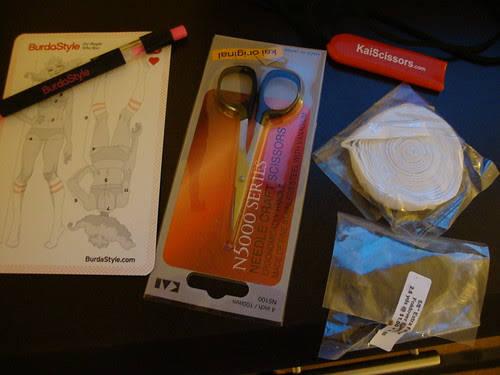 The "free gift" for filling out the expo survey at the information booth was a pen and measurements card from BurdaStyle.  Kai scissors are in the middle, and some fun elastic is on the end (though it looks boring in this picture)

The funniest moment was when we visited a booth that sells supplies for making bras.  The vendor actually lifted up her shirt to show us her hot pink bra.  You don't see that every day!

Lynnelle is in the market for a new serger, so we stopped by the Sandy's Sew and Vac booth which features Baby Locks. We had a demo of a BabyLock serger that, ahem, threads itself! It's like magic, you press a button and woosh, the upper looper is threaded. Woosh, the lower looper is threaded. and almost-woosh, your needles are threaded. Pretty amazing!!!

But then I had to say goodbye to go to my class on making zipper flowers. Once again I was the only student who had trouble keeping up. The glue did not want to stick to the zipper so I fell behind. I think the glue and the content of the zipper fabric tape were not getting along at all. The glue was definitely hot (and it was my glue gun--I was packing heat all the way from Jersey)!   I felt a bit like giving up.  It started to work better when I used a different zipper. Eventually I caught up. here are the 4 zipper flowers I made: 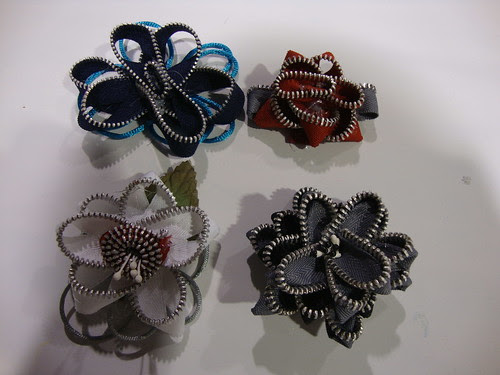 Go ahead, guess which one was my first!
and here are the flowers the class made as a whole: 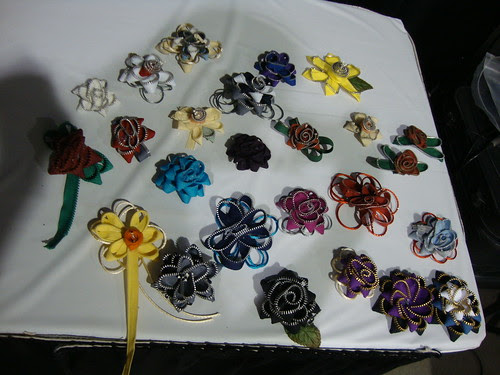 I wound up wearing the last one I made on my dress: 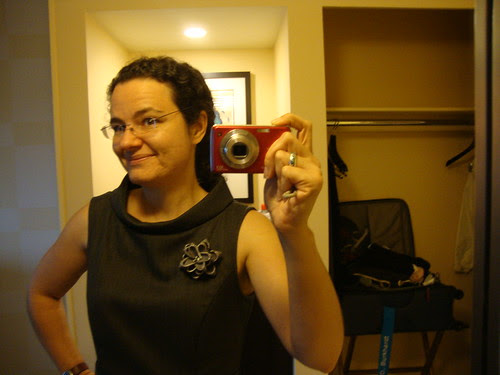 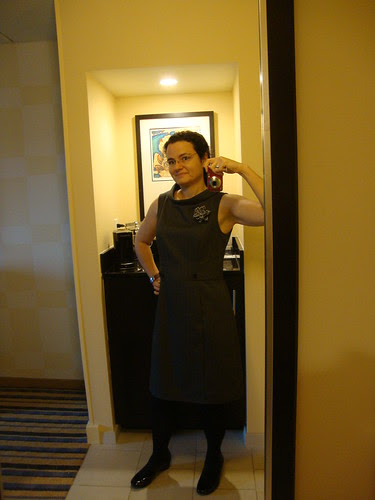 Then it was time for the dream sewing room drawing. I did not win. but on the way out, one of you dear readers called out to me, "Vacuuming the Lawn!" and we chatted for a few minutes about sewing, cooking and blogging. I'm sorry I don't remember your name!

Some gorgeous flowers outside the hotel: 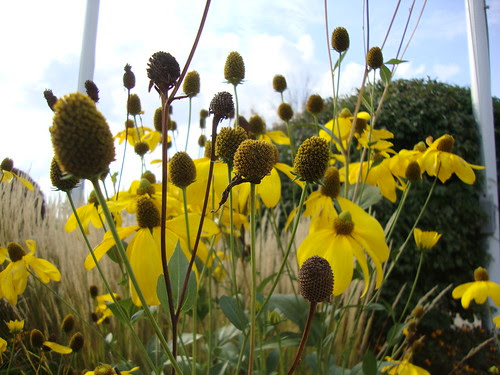 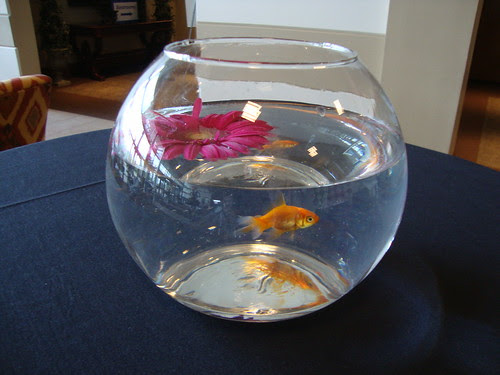 This is the best I've felt in a LONG time. I'm hoping you're feeling good too!

Be well and good night!