New Look 6000 view C done; care for something to drink? 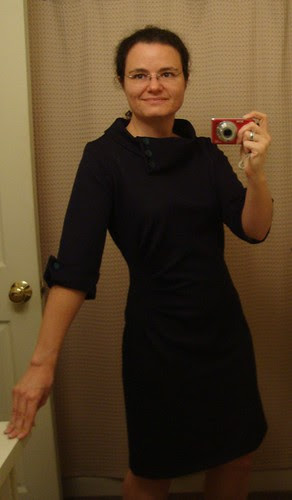 Finally, it is done!!! New Look 6000 view C (sounds like Hal's cousin).  I recovered my sewing mojo at the NYC shopping weekend yesterday and finished it today. 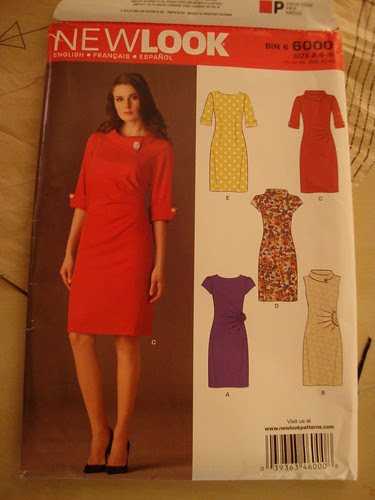 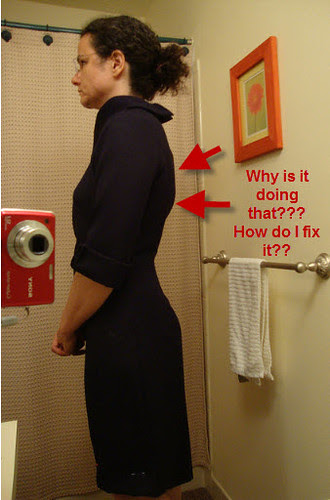 Ah yes, the weirdy bulging invisible zipper at my upper back!! I asked you guys here in this blog post and also in this post on the  pattern review message boards what to do, and I got a lot of suggestions, thank you for all of them!  Here are all my attempts to fix the problem and subsequent alterations:

So here you can see the side view of the dress; not too bad! No more hump. There probably is some extra fabric lurking back there but I'm going to leave it be.  The front of me looks lumpy from those waist pleats. 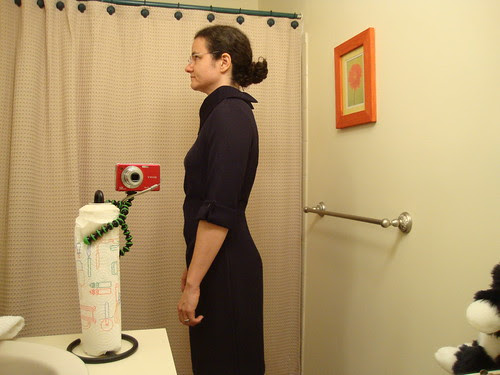 The dress is navy; the buttons are a touch lighter than that though in some of these pictures they look like a much lighter blue. 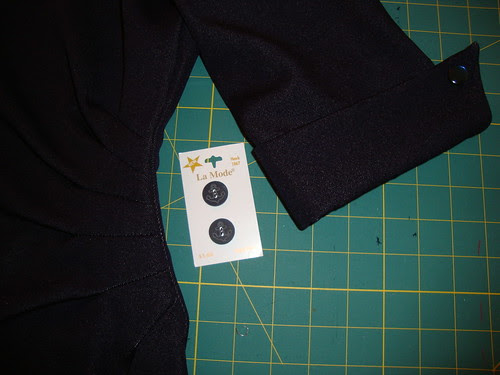 Here's a closer-up view of the collar: 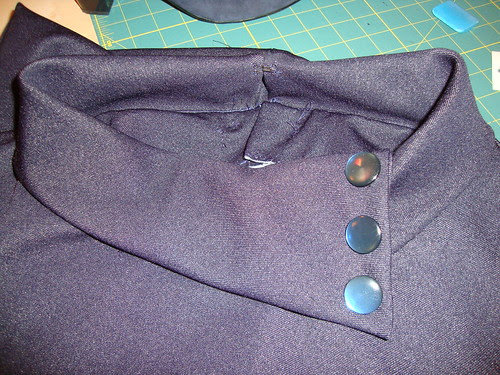 Kristy had noted the collar was floppy but I ignored her. Wish I had interfaced the collar as it is floppy and prone to deflating. 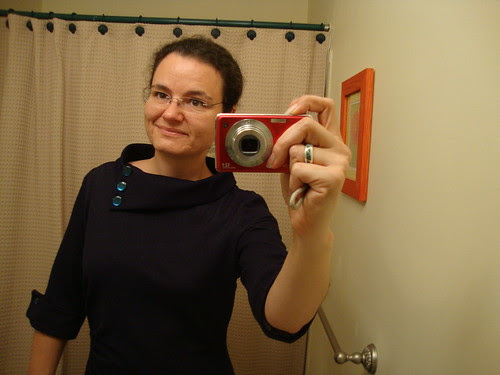 Here's the back.  I think the wrinkling is from how I'm standing?  maybe? 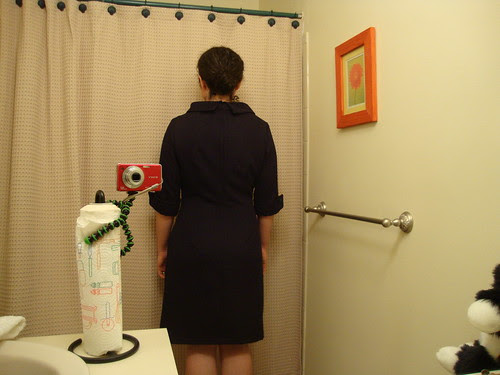 Aren't these shoes adorable????  You know I love running stitches. 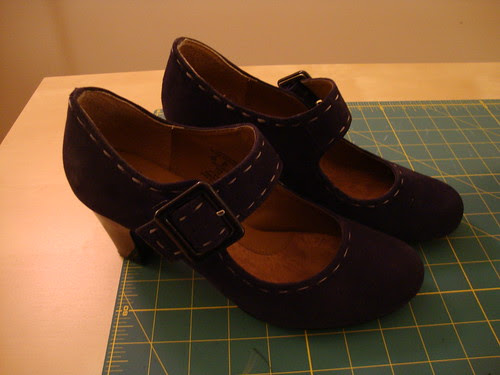 I plan on wearing them with the dress.  Can you believe, they were from Sears and were $30?
Some more shots of the dress: 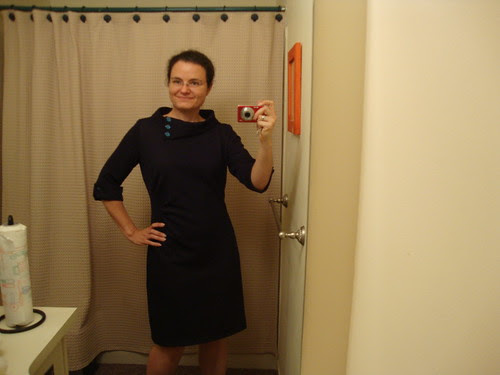 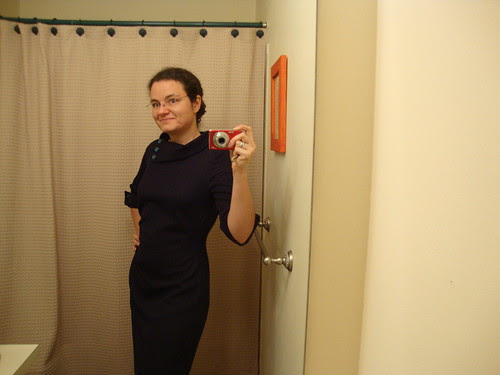 I wish I could get the dress on Emma but I can't.  She's just a mannequin and doesn't have collapsible shoulders.  However I have learned that for my shoulders it is easier to get into a dress with a side zip than one with a 22 inch zipper.  I have been scared of side zippers having struggled with them in the past but I think I learned a lot this time, and the invisible zip was easier than a traditional zip.  Of course you have to be sure of the fit....

Ok, so....if you are going to the American Sewing Expo next weekend let me know so we can meet up!!!

In other news, it is starting to feel like fall around here. Normally I dislike fall and winter but I am ready for a new season and a new beginning.  I did not have any doctors appts last week nor this coming week so that is great.  I still feel the numbness/weird feeling off and on and like someone suggested I wonder if it is diet related?  Well, I see the neurologist again the 27th.  My back and shoulder hurts a little from the shopping yesterday (I overdid it with the fabric purchases) but my ab is feeling pretty good.  And ever since I started meditation and did the MBSR meditation course I have several days a week without any back pain at all, yea!  I have started to get my sleeping back on track with Belleruth Naparstek's Healthful Sleep CD.   Highly recommend.