We went to LaBon today, yum! We are thinking of having desserts from LaBon for our dessert buffet at our wedding reception. We will have cupcakes instead of cake, but guests won't be forced to eat the cupcake because they won't be served any dessert. Instead, they can step up to the buffet and pick out the goodies they want. Featured here are a Napolean, a cupcake, and a brownie. LaBon has the only cupcakes in NJ where I like both the cake and the icing. But I don't know if they will deliver all the way to Belmar, nor how much that would cost. The counter person didn't seem to know. 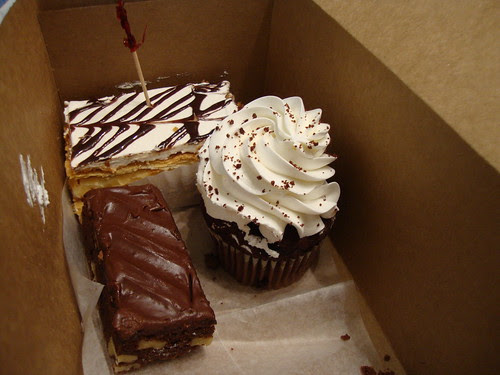 Pete with his cupcake. He surprised me by chosing chocolate. Usually he has vanilla (or carrot cake, but LaBon doesn't have carrot cake cupcakes). 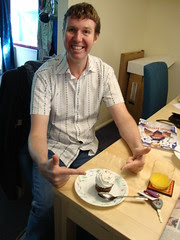 Pete also requested having sandals with our laptops as cupcake toppers, so here they are: 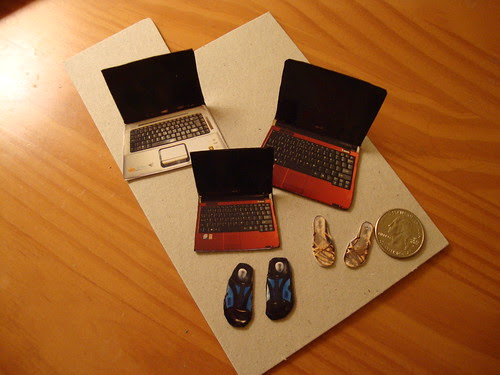 Today is Pete's last full day in NJ. He departs for England tmw night, and probably won't return until it's time for the wedding! I'm thinking of flying to see him over Thanksgiving week. and then we probably won't see each other again until the wedding. Well, maybe I'll fly for his birthday in January. I don't know. Time will tell.
Posted by Kyle at 9:25 PM