Well we're back in Jersey now. It's always bittersweet to leave, but it also feels good to be home (though last night it wasn't feeling that way as we packed).

Here are some highlights from yesterday:

The beach suddenly bloomed with people: 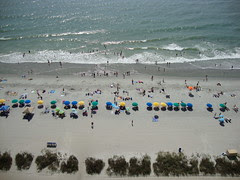 Lunch was the Shoney's breakfast buffet (no pic)

Mini-golf was Jungle Lagoon. This was a course we had played before, and one which I had played with my Dad in the early 90's. It has my favorite hole in all of Myrtle Beach, a giant sized mountain. I didn't take any pix of that hole, but here's one we did take: 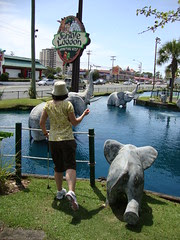 Then after another nap (I am a pro-napper now, only to be awakened by the karaoke from the tiki hut below) we took the pix we wanted to take to use as the front of our reply postcards. Pete came up with the shell-heart idea, because drawing a big heart in the sand was too difficult: 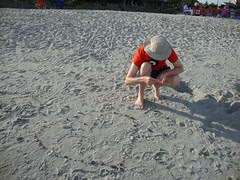 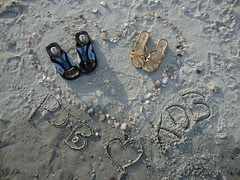 We took some other pix as well: 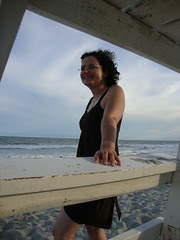 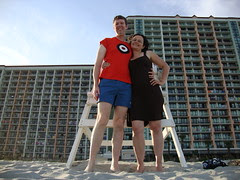 These Ted Allen style glasses were on the lifeguard stand (they were prescription Anne Klein glasses, probably $400 is what I'm guessing--that's a tough loss!) 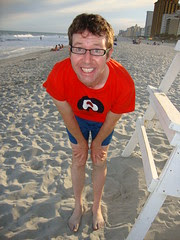 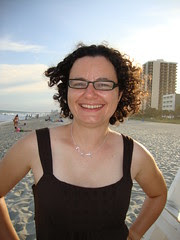 And found this deceased horseshoe crab on the beach (we saw a ton of them at the aquarium). For most pix of us we used a gorillapod. 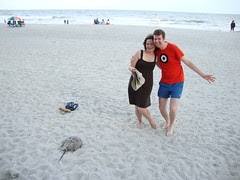 Dinner was K&W chopped steak, soft roll, mac and cheese, mashed potatoes with gravy, yum. Pete had their pork BBQ, which I did not recall seeing in previous years. 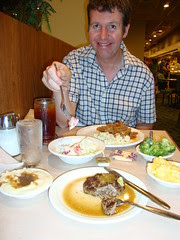 It must have been good: Then it was time to watch the official town fireworks from our balcony. 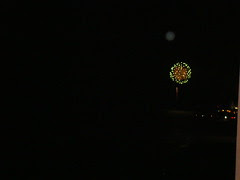 And Pete wanted some pix of him swimming so we went down to the pool: 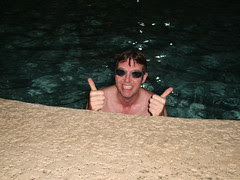 This morning, we took some last pix: 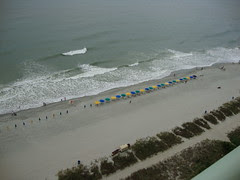 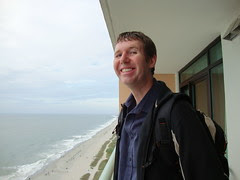 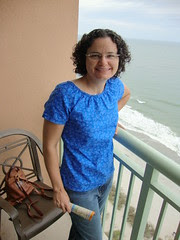 Other memories not on film: a group of pelicans flying by our balcony; an unidentified bird crashing into a wave and emerging with a fish in its talons; also lots of fish just jumping out of the ocean one morning while we were nearby. We didn't see any dolphins this time.

My parents picked us up at the airport and fed us and gave us a bunch of goodies. Thank you!

And we opened up cardboard Elvis--he's actually life sized and hanging out by the mantle (no pix yet).

Of course I want to go back again right away!!
Posted by Kyle at 8:33 PM