Today Pete got 2 of the 3 vaccinations he needs for immigration. (One of those two is a 2-parter, so he goes back in a month to get the second part. The third is not available in the UK.) He didn't have to get them now, but by getting them now they are free as part of their health care system! The tetanus one hurts he says. I will feel his pain when I go for a physical by the end of the year. It's time for me to get another tetanus shot, so I'll get it at the physical.

Speaking of needles, at acupuncture tonight, Karen tried to put a needle between my eyebrows for "mental clarity" but it apparently wouldn't stay in. She said for some people the needle slides right in and for others it won't stay. It did feel like there was a needle in my right calf in the back, but there wasn't! I'm still amazed at acu. Since I'm getting better, now I'm going every other week to acu and every third week to chiro.

Pete told me he wants to have pix of us jumping in our wedding attire. I've seen those shots before. Then I saw the front page of the paper yesterday and it made me laugh. Like this, love?? 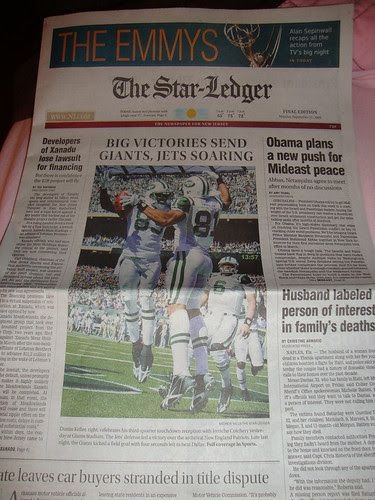 I think an animal damaged my lawn chairs, because if a person were to vandalize them, I think they would have been vandalized across the seat too: 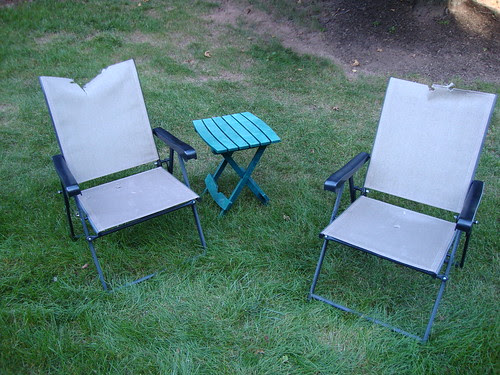 I am sad since I just bought these chairs this summer to replace my other chairs that were falling apart. But I'm grateful the damage wasn't worse. 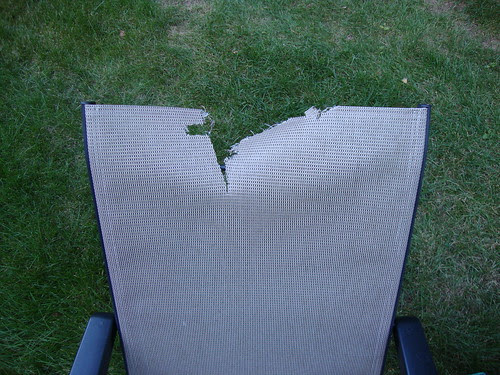